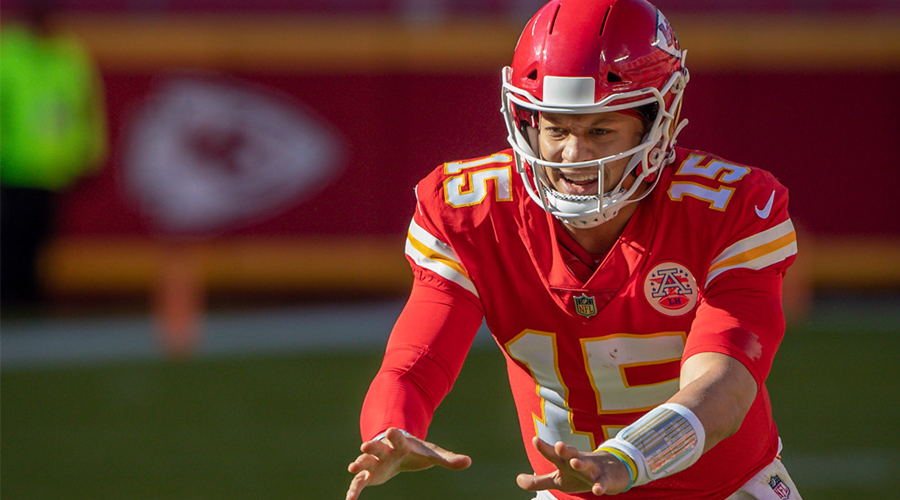 The AFC Championship Game goes Sunday when the Buffalo Bills visit the Kansas City Chiefs. Monkey Knife Fight has all the contests to make the game even more fun.

It has been a long wait for the Bills and their loyal fans. Prior to this season, their last playoff win was in 1995 in the Wild Card round against the Miami Dolphins. Marv Levy was coaching against Don Shula. Jim Kelly was the quarterback against Dan Marino. Larry Csonka and O.J. Simpson…okay, not that far back, but it was still a long time ago. Bills fans have endured and this is the team that has finally rewarded them.

The New England Patriots imploded, leaving the AFC East up for grabs and the Bills wouldn’t let it go. They enter the AFC Championship Game with 11 wins in their past 12 games, with the only loss coming on a Hail Mary against Arizona in Week 11. There isn’t a team playing better than Buffalo in the paste three months.

As for the Chiefs, they are merely the defending champions who went 14-2 during the regular season. The concern is that the wins tended to come so easily for the Chiefs that they didn’t always seem to be playing at full throttle and that resulted in some close calls even against vastly inferior competition.

This game looks like it should be great so here are some Star Shootout angles to keep in mind for Sunday’s AFC Championship Game on Monkey Knife Fight: 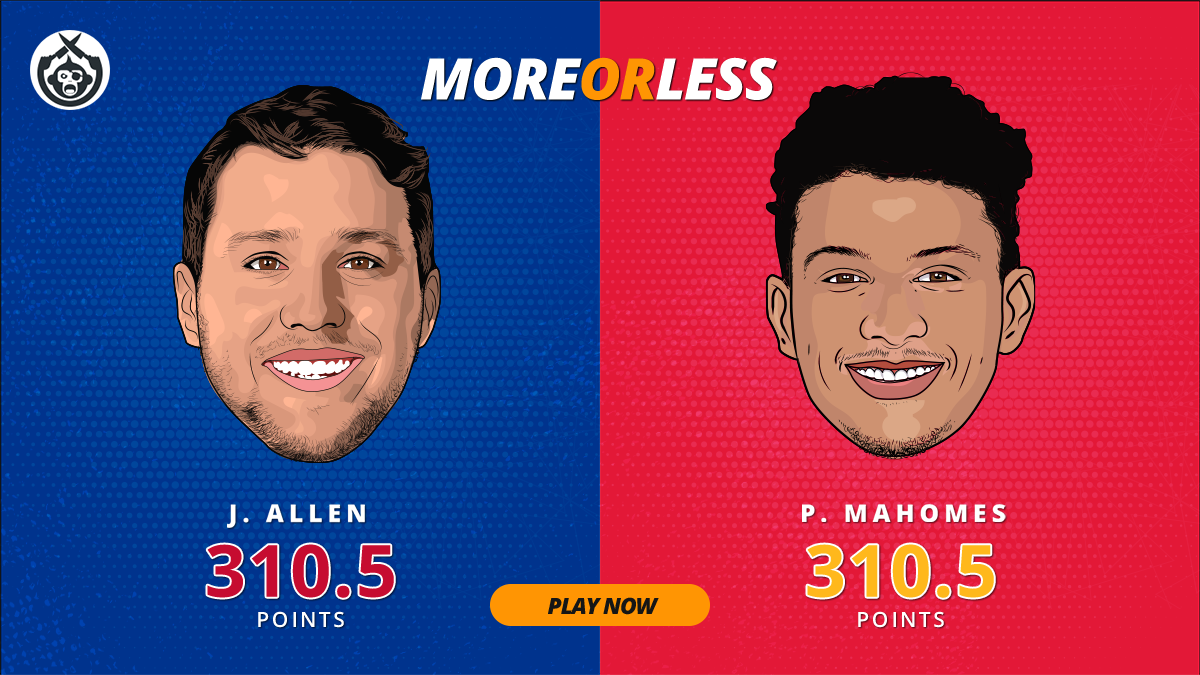 While he left last week’s game against the Browns and was put in concussion protocol, it does appear that Mahomes is going to be ready for Sunday. He averaged 316 passing yards per game this season and goes against a Bills defense that allowed more than 310 passing yards in seven games this season, while surrendering 309 passing yards to the now-retired Philip Rivers just a couple of weeks ago. The Bills did manage to hold Mahomes to 225 yards passing when they met in the regular season but that was in Week 6.

This has been a sensational breakthrough season for Allen and his emergence gives the Bills the potential to trade haymakers with a Chiefs team that is built for big production. Allen has thrown for more than 308 yards in eight games this season and the Chiefs defense has surrendered more than 308 passing yards five times this season, though they did give up more than 300 yards in the last two regular season games. This game could still be an aerial assault without counting on Allen to throw for 309 or more yards.

Kansas City’s deep threat is capable of going off for huge yardage – witness his 269 yards against Tampa Bay in Week 12 – but he can also be held in check. He was kept to 80 yards or less in 10 of 16 games this season though he did have games of 77, 78, and 79 receiving yards so he was a good spot or two from turning 10-6 into 7-9. Nevertheless, the Bills have to take away something from the Chiefs and Hill might be the better alternative for double coverage.

The best tight end in the game, Kelce’s average performance this season was seven catches for 94 yards and 0.7 touchdowns. Ridiculous numbers for a tight end and he has had five straight 1,000-yard seasons and three straight 1,200-yard seasons. The Bills allowed four tight ends to put up 21 ppr fantasy points against them this season – Mike Gesicki, Jonnu Smith, Noah Fant, and…Travis Kelce, who produced 23.5 fantasy points against the Bills in a game in which Patrick Mahomes threw for just 225 yards. It’s not easy for a defense to pick its poison, electing to get beat by Hill or Kelce, but Kelce is so productive on a week-in and week-out basis. In the past nine games, he has more than 80 yards receiving in eight of them, with a touchdown scored in seven of them. Since Week 8 and through last week’s win against Cleveland, Kelce has produced an average – an average! – of 24.2 ppr fantasy points per game! He had more than 20.5 ppr fantasy points in eight of those nine games and the only one that he came in under was in Week 12 at Tampay Bay when Hill was going bonkers with a career game. So, requiring 21 points from a tight end is insane and the number is still too low for Travis Kelce.

He missed some time with an injury late in the season but Brown has put up more than 60 receiving yards in four of his last five games. He’s not going to be the focus of the Kansas City defense but that’s also what should give him the opportunity to contribute in a meaningful way.

The focus for the Chiefs defense has to be Diggs, who erupted for a career year and is now in the discussion as one of the top couple of wide receivers in the entire league. I wrote glowingly about Kelce’s production already but since Week 8 Diggs is averaging 106 yards per game. Both are phenomenal but Diggs has higher upside for yardage.