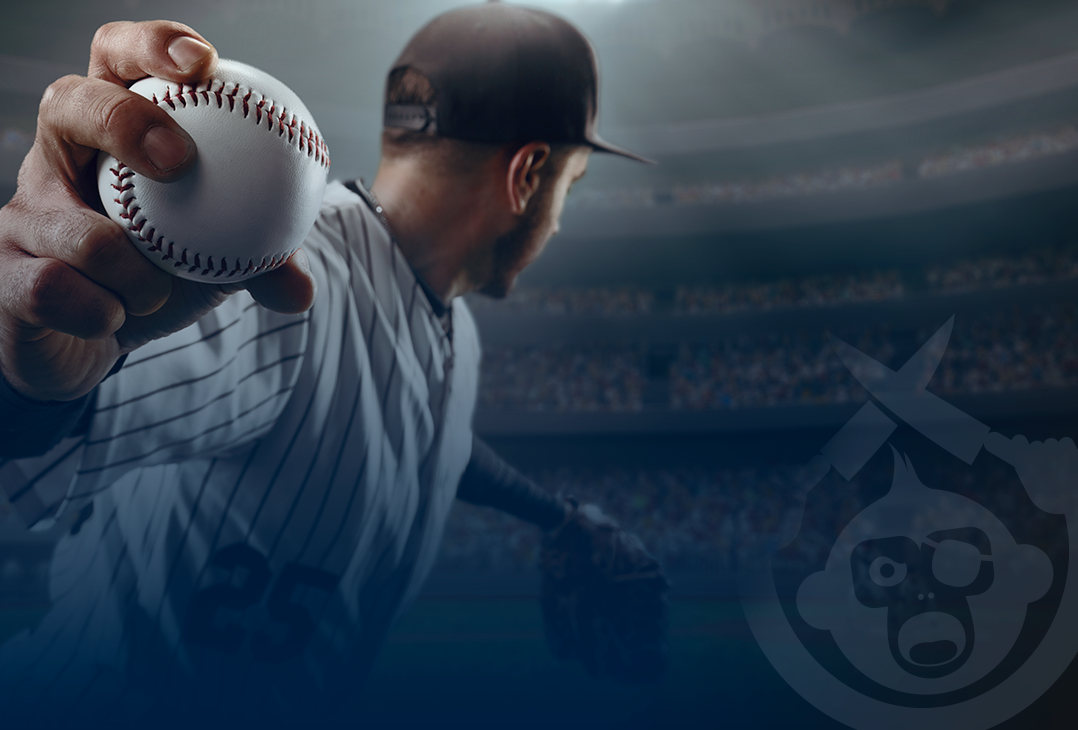 Major League Baseball returns Thursday and we can all keep our fingers crossed that this is going to work for the next couple of months.

It’s going to be a fascinating experience. With no crowds in the stadium, will that affect performance in a tangible way? For example, will umpires be a little less likely to ring up a hitter on a called third strike if they don’t have 40,000 standing and cheering with two strikes? It’s possible. Will the lack of crowd noise benefit the hitter or the pitcher?

How players adjust to the unique environment in stadiums this summer will be a great study in crowd effects but, for now, we can’t make too many assumptions one way or the other.

There are a couple of games on the schedule Thursday, and here are some angles to consider when making your prop picks on Monkey Knife Fight.

Cole might be just the ace that the Yankees need this season and it’s still a big ask for him to put up double-digit strikeouts in his debut. He did finish last season – the best season of his career – with nine straight starts of 10 or more strikeouts and averaged 9.88 per strikeout for the season. However, in two World Series starts against the Nationals Cole recorded six and nine strikeouts, respectively, and the Nationals had a low strikeout rate last season (20.6%, second lowest in the National League).

The veteran Nationals starter recorded at least nine strikeouts in 16 of 27 starts last season but only once in five postseason starts. He goes up against a Yankees lineup that was slightly better than average (23.0%) in terms of strikeouts last season and, really, the big concern right now is that teams may not be inclined to run their starters too deep into games coming off an abbreviated Summer Camp. So, Cole and Scherzer are both awesome but Opening Day may not be the ideal place for them to showcase their ability to miss bats.

This is not an easy one but it might tilt slightly in favor of the rising young Nationals star. In 150 games last season, Soto recorded at least one run or RBI 99 times, so nearly two-thirds of the time. Now, Cole is clearly well above average, he was one of the top pitchers in the American League last season, but given the choice, I lean towards Soto finding his way to count at least one run or RBI.

In the 102 games in which he appeared last season Judge reached base with multiple hits and walks 52 times. That’s such a coin-flip proposition that going up against a starter as overpowering as Max Scherzer would seem to nudge that into less likely territory for Judge in the opener.

Who knows if Urshela’s breakout 2019 season is going to continue into 2020 – because it kind of seemed to appear out of nowhere – but the Yankees third baseman did average 1.79 total bases per game last season. Getting an extra half base as the underdog to Eaton, who had a nice season in 2019, averaging 1.60 total bases per game, makes Urshela a lively underdog in this matchup.

Believe it or not, this might be a little optimistic. Kershaw recorded seven or more strikeouts in 13 of 28 starts last season, so just less than half, and the Giants were middle of the road in terms of strikeout rate (23.3%) last season. So, based on those numbers, it seems pretty close to a coin flip. But the Giants are missing catcher Buster Posey, who elected not to play this season, and have a couple of regulars, first baseman Brandon Belt and third baseman Evan Longoria, on the injured list to start the season so Kershaw should be able to have some success against this lineup.

As much as the Dodgers first baseman is an impact player, coming off back-to-back 35-homer seasons, Muncy reached base with multiple hits plus walks in 60 of 141 games last season. Johnny Cueto gets the start for the Giants in the opener, and it’s fair to wonder about his effectiveness after he missed most of 2019, but over the past four seasons he has a 1.22 WHIP, so he’s not typically allowing a bunch of base runners.

The young Dodgers slugger had a great season in 2019 but it was also tilted towards the first half of the season, with much better numbers before the All-Star break, but the truth of the matter is that it’s a big number to cover. As great as Bellinger was last year, he had multiple runs plus RBI in 64 of 156 games, so about 41% of the time.

In 134 games last season, the Dodgers shortstop recorded multiple total bases 63 times (47.0%). Is that enough to bank on him doing it against Cueto and the Giants? Probably not. It’s also close enough that you might not like the under too much, either.

This article was written by Monkey Knife Fight’s fantasy expert Scott Cullen. The lines in this article are subject to change.