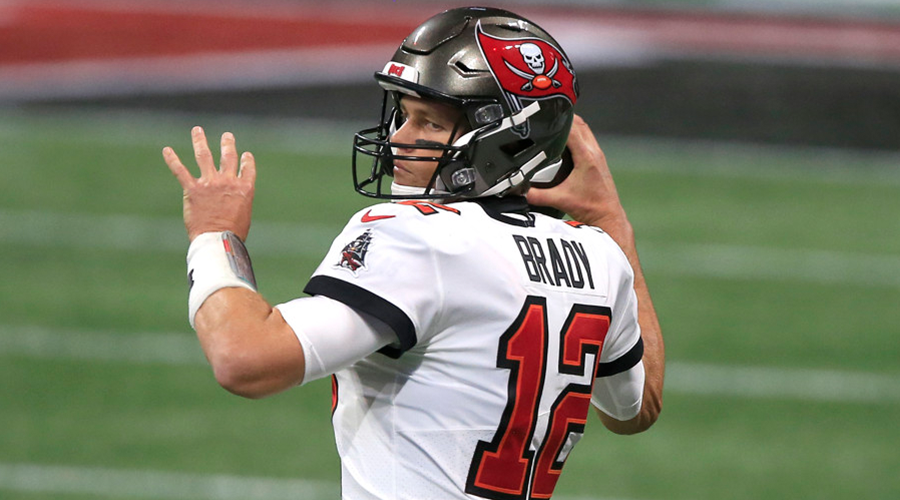 The Tampa Bay Buccaneers visit the Green Bay Packers at Lambeau Field in the NFC Championship Game this week and it looks like it should be a great matchup. Monkey Knife Fight has all kinds of games to play that can make the experience even more fun.

The Bucs have won six straight games and have a lot of options offensively. Tom Brady gets to orchestrate the attack but he can hand off to Ronald Jones or Leonard Fournette. When he wants to pass, Brady can choose between Mike Evans, Chris Godwin, Antonio Brown, Rob Gronkowski or – the Bucs player with the most receiving yardage in the playoffs – Cameron Brate. At the very least, that depth of talent should give the Bucs a chance to hang with the Packers.

On the other side of the field, the Packers have one loss in the past 10 games and it came in overtime at Indianapolis. Aaron Rodgers had one of his best seasons and the Packers are a little top-heavy in terms of offensive production. Davante Adams is the best wide receiver and Aaron Jones is among the top running backs but the Packers’ supporting cast doesn’t have quite the same credentials. Will that make the difference?

Consider it a bonus that we get a Brady and Rodgers matchup for the NFC Championship.

Here are some angles to consider for Sunday’s NFC Championship action on Monkey Knife Fight: 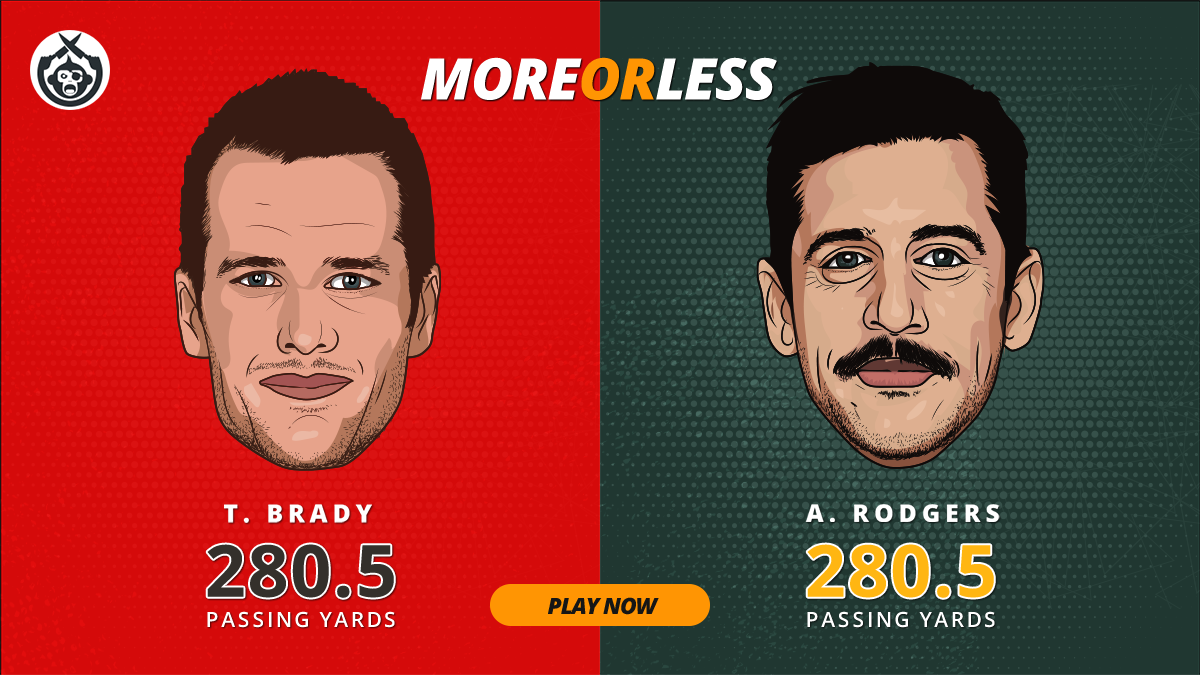 This seems like an achievable goal for Brady, who averaged 289.6 passing yards per game this season, but he threw for a season-low 166 yards in the regular-season win over Green Bay. That may not be the most representative sample, though, since the Bucs won that game 38-10 and while it is always possible that could happen again, it would take some intestinal fortitude to predict that. Green Bay’s pass defense, led by cornerback Jaire Alexander, has been impressive down the stretch but there have been five quarterbacks to pass for more than 280 yards against the Packers this season so it can be done and if the Bucs are trailing they won’t hesitate to put the ball in Brady’s hands.

Green Bay’s superstar quarterback, and possible MVP, led the league in completion percentage (70.7%) and passing touchdowns (48) but did not always have to air it out for the Packers to be successful. As a result, he averaged 268.7 passing yards per game. The issue for this game, specifically, is that Tampa Bay’s run defense is such a relative strength that, given the choice, the Packers would likely prefer to let Rodgers control as much of the game as possible. Let’s go for a classic aerial assault from two legends.

Godwin averaged 5.4 receptions per game this season and recorded at least five catches in 10 of the 14 games in which he appeared. There are a couple of issues that hang over his potential production against the Packers. One, if Jaire Alexander ends up covering him, well, that hasn’t been a path to productivity in recent weeks and, two, the Bucs do have other options in the passing game so they could still have a successful game even if Godwin was held to four or fewer receptions.

Although Adams averaged 98.1 receiving yards per game this season, establishing his credentials as the league’s top wide receiver, he has been held under 70 yards in three of his past four contests. If this game is going to be a battle between Brady and Rodgers the receivers are likely to fare pretty well, too.

This is a large number to cover, like if Adams caught eight passes for 120 yards he would still fall short so unless he just has ridiculous receiving yardage, he probably needs to score. The good news is that he scored 18 touchdowns this season and has been kept out of the end zone once since Week 6.

The Battle of the Joneses! Aaron has a knack for making a big difference even without a heavy workload as the lead back for the Packers. He has run for more than 60 yards in six of the past seven games and he maxed out at 20 carries in a game just once. He also ran for just 15 yards on 10 carries in the regular-season matchup between the Packers and Bucs. Ronald also shares carries in the Tampa Bay backfield and has rushed for at least 60 yards in five of the past six games. Both team defenses have a chilling effect on the running game so side with the runner on the favored team who averaged nine more rushing yards per game during the regular season.