Fantasy Sports and the NFL

The widespread growth of fantasy sports into a multi-billion dollar industry has made it a crucial element of the sports industry, primarily the NFL. All sports leagues should take into consideration the immense effect that fantasy sports has on how its participants are avid consumers their particular sport. The NFL understands this. The more players of fantasy sports result in a greater purchase of the NFL products an/or services and hence profit.

Fantasy Sports permits private participants to act as owners or managers of their own sports groups. These members participate in either an online or real-world draft situation. Each participant prepares approximately eight to fifteen players to form a team. 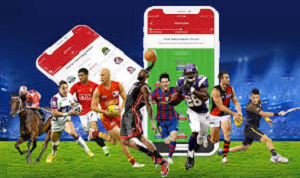 Generally, individuals complete weekly against other fantasy team owners in a league-style format. These competitors last throughout the season and are directly associated with professional sports teams and the statistical data or the output from athletic performances.

By the mid-1990s, the majority of these games had moved to the Internet, a relocation which streamlined scoring, removed geographical borders for gamers, and allowed for online interaction between players. The explosive growth of the Internet has drastically altered the business environment in sport and media.

The increased access to web and easily available sports media added to new marketing efforts and access to a wider customer base. Increased levels of interactivity and personalization have shifted market power from providers to consumers. The online sport phenomenon, 'fantasy sports,' gained unmatched appeal, with about 60 million participants in the United States and Canada according to the Fantasy Sports Trade Association. 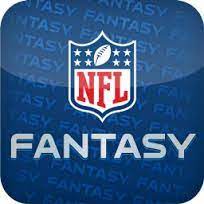 In the world of fantasy sports, the variety of people taking part in fantasy football clearly dominates every other fantasy sport. The first fantasy football leagues preceded the current NFL with fantasy leagues produced well before even the first bowl was played. The NFL required time to observe the success and potential of the fantasy sports phenomenon. The fear of prohibited gaming combined with negative Congressional actions were factors in the NFL’s rejection of Fantasy Football for so many years. This resulted in a lack of sufficient marketing competence.

With an absence of sports marketing research of the specific sporting consumer, the NFL was unaware of the marketing power that Fantasy Football could produce for them. Eventually the league quickly recognized the excellent marketing potential of the fantasy sports phenomenon and launched its own NFL fantasy football video game on its website.

Marketing research performed by the NFL in 2002 discovered that the average male surveyed spent 6.6 hours a week watching the NFL on TV. “"This is the first time we've been able to demonstrate specifically that fantasy play drives TV viewing," said Chris Russo, the NFL's senior vice president.”

In 2012 the NFL held a Fantasy Draft that was more popular than the actual NFL draft. The NFL finally realized that Fantasy Football drove huge profits into the league. The discovery changed the way the NFL performed its sports marketing.

The league developed shows like NFL Fantasy Live, that discussed optimum lineups for fantasy players, and a televised program called Red Zone, which permits the fantasy football participant to view all scoring plays and other key plays in weekly football video games.

The NFL now includes WIFI at the arenas to promote greater use of fantasy sport sites and the NFL itself through increased digital media. 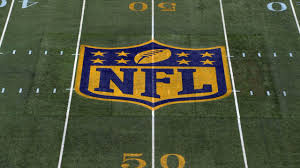 Changes by the NFL to promote Fantasy Sports instigated a behavioral modification in consumers. The result was the NFL becoming more informed and involved with the gamers throughout the whole league. Greater group recognition, fan-team relationships, and team loyalty was gained by the consumer resulting in higher recognition of the NFL as a brand name.

Experts were hired to examine the practices of fantasy football fans in relation to NFL services and products. The following proposals were presented: (1) fans create new brand perceptions of the NFL through fantasy football; (2) a redefined NFL broadens the fans purchasing behavior of NFL products and services, and (3) NFL outcomes affect both a participant's favorite team norms and fantasy specific perceptions.

Fantasy sport has emerged as a simple, cost-efficient means of reaching an engaged and devoted group of consumers. The typical fantasy sport fan is a highly sought after consumer. Fantasy participants are, on average, much stronger customers of the leading sport items than standard sports fans and the basic population overall. For that reason, the potential exists to take advantage of fantasy sports as a marketing tool both online and off.

Fantasy football has been connected to a higher consumer loyalty. A devoted fan shows extreme repetitious behavior and a strong, positive attitude toward an related item. The focus for the NFL is now on carrying out marketing techniques based upon three fundamental types of fan involvement: cognitive involvement, behavioral participation, and affective involvement, as a way to enhance the quality of the events to stimulate more participation,

It was discovered fans utilize fantasy sports sites and telecasted sports games as methods of escapism from the circumstances and tensions of daily life. The NFL broadened its social media and website reach to involve more people leading to higher attendance and increased interaction. Consistent use of online and media-based advertisements, the use of popular celebs, sports stars in its half-time shows, attention-getting commercials aired during Super Bowl Sunday all have led to increased interest and profit margins for the NFL.

The NFL has understood the connection in between fantasy football and the increased consumption of NFL products and services by consumers. It markets effectively which in turn increases group commitment and brand identification. Welcoming the fantasy sport phenomenon, continuing to utilize marketing research to motivate brand-new market segmentations, and advancing the understanding of existing customers' behaviors in the consumption of the services and products, the NFL has become one of the most profitable sports leagues in the US.