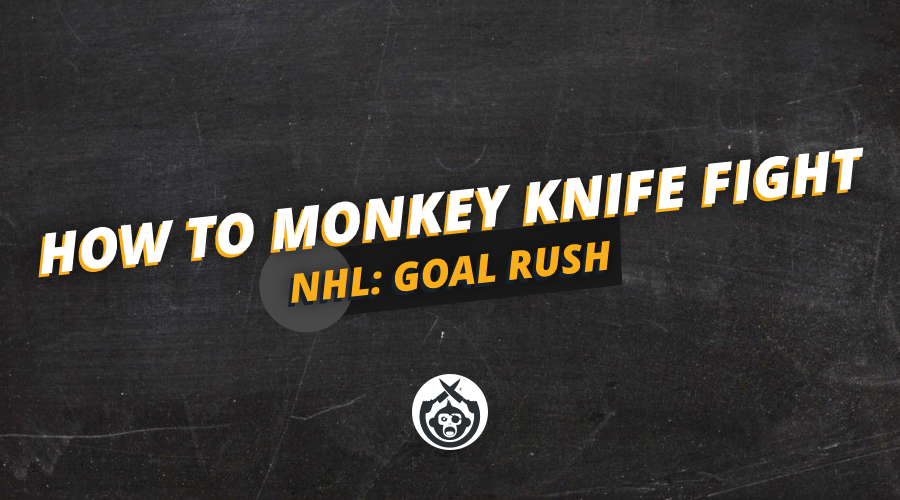 There’s a saying that shooters shoot and the best players in the NHL know how to get pucks on net. The goal? To put the biscuit in the basket! For you non-puck-heads, that means scoring goals.

Introducing Goal Rush on Monkey Knife Fight, a new contest that rewards users for picking NHL players who can light the lamp with a goal.

Every day on MKF for the duration of the NHL Playoffs, we'll be offering a special prize pool on top of every Goal Rush contest.

Pick three players in the NHL slate or an individual game, then, set your goal total and buy in. If each of your selections score a goal, then you win a share of the prize pool!

Keep in mind, you must play a minimum of a $5 contest to qualify for the prize pool. 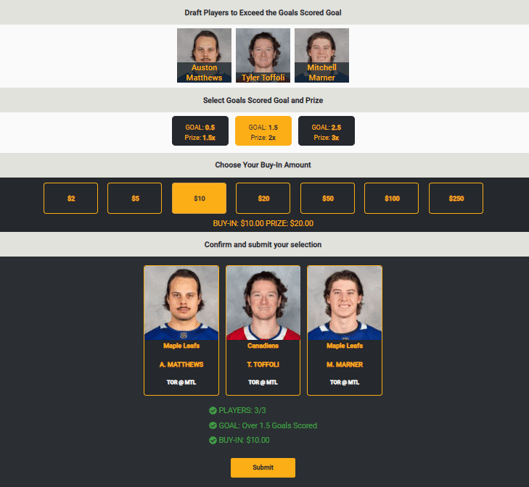 If nobody wins, $100 will be added to the pot for each night of the playoffs, until somebody has three players to all score a goal. The prize pool is entered as the same contest, despite there being two chances to win at the game.

You can track the daily prize pool amount here. Still unsure of how it works? Check out this tutorial below.

Good luck, and enjoy the NHL Playoffs. Should you have any questions about the contest, feel free to hit us up on Twitter.

*Play a $5+ Goal Rush contest to be eligible for each day’s prize pool. In order to be deemed a winning entry, each of the 3 players selected in a single Goal Rush contest must score at least one goal. Each day’s prize pool will be split evenly between all entrants with winning contest entries. Entrants with multiple winning entries will receive a share for each winning entry. Prize will be awarded in MKF Dollars. MKF Dollars cannot be withdrawn and must be played through once in order to be eligible for withdrawal. Please allow 48 hours for prizes to be applied to winning accounts.

Test your daily fantasy knowledge and Sign up for Monkey Knife Fight. For brand new users you’ll get a 100% deposit match up to $50 when you make your first deposit using Monkey Knife Fight promo code MKFBEST.