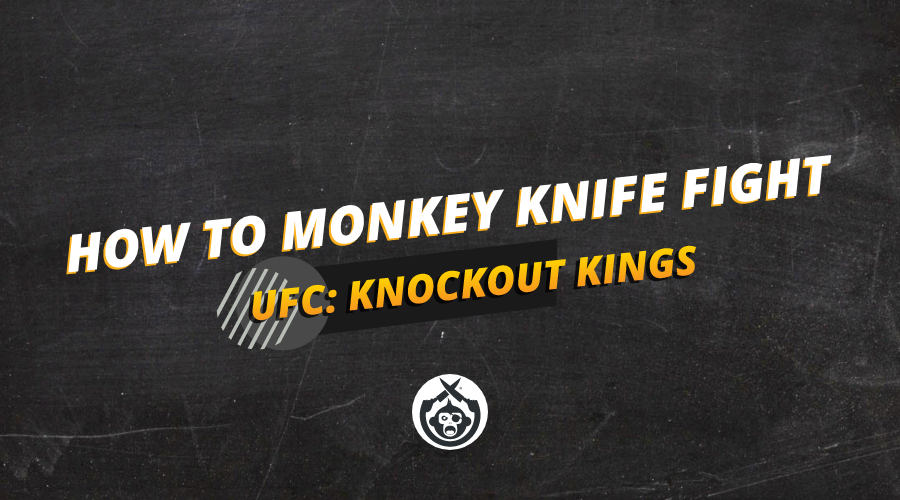 We here at Monkey Knife Fight are always looking for ways to help you win BIG on our contests!

That's why we're rolling out a new format to win at when playing our UFC contests. If you're familiar with our 3 For All bonus games and enjoy MMA, then you're in luck. Introducing Knockout Kings, the newest contest to play on MKF.

For those who've played Eagle Eye, Home Run Derby, Goal Rush, Triple Doubling or Touchdown Dance, you know about the bonus prize pools which are awarded on top of regular MKF contest winnings.

Knockout Kings follows the same trend: just pick three fighters to score a knockout, and if they do you, then you'll win a share of the jackpot. If you're the only player who's successful, you'll win it all!! And if nobody wins, then we'll roll over the bonus prize into the next UFC week.

To play, head over to the UFC section on our website. Then, click on one of the slates (prelims, all day or main).

Select the three fighters who you think will score a knockout. Then, set your knockout goal and buy-in. Remember, you must play a minimum $5 contest to qualify for the bonus prize pool. 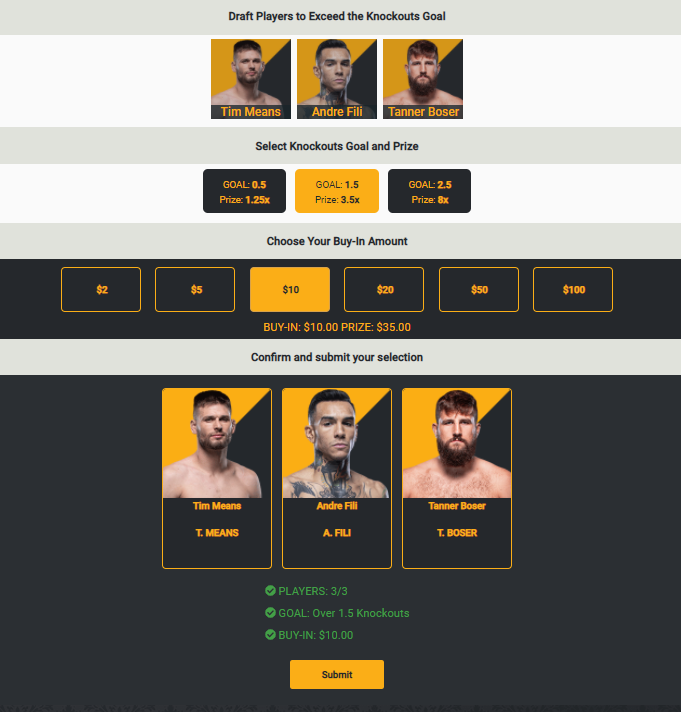 The bonus prize pool is entered at the same time as the contest, despite there being two ways to win at it.

Still unsure of how it all works? Check out this video tutorial below!