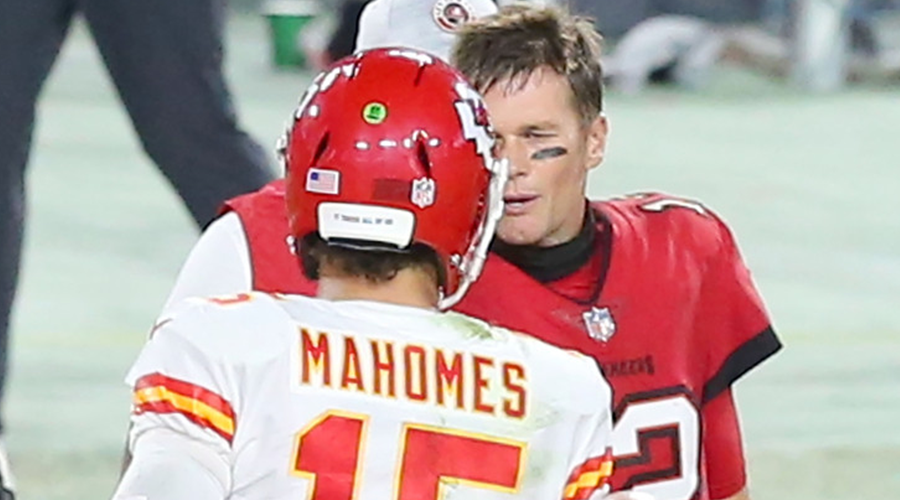 The Kansas City Chiefs and the Tampa Bay Buccaneers meet in the Super Bowl in Tampa Bay on Sunday and Monkey Knife Fight has all kinds of contests to add to the championship fun.

The Buccaneers are underdogs even though they are playing in their home stadium, a first in Super Bowl history. It wasn’t always graceful but Tampa Bay won four straight to finish the regular season and they have won three playoff games in a row so they hit the big game with seven consecutive victories.

Tom Brady has won six Super Bowls, owns the NFL Playoff record book, and had a hugely productive season in 2020. Given his history of Super Bowl success, even against great odds at times, Brady’s Bucs should not be ignored.

While they may not be ignored, the Bucs are three-point underdogs while facing the defending-champion Chiefs. The Chiefs are so good that even on their way to a 14-2 record, they were criticized for not winning as easily or by as big a margin as it was thought they should have.

That makes for a compelling matchup. Tom Brady, The GOAT, going head-to-head with the best current quarterback, Patrick Mahomes, is a great draw. The Chiefs won 27-24 when these two teams met in Week 12 though the Bucs needed a late touchdown to make it that close.

Here are some angles to consider for Sunday’s Super NFL action on Monkey Knife Fight: 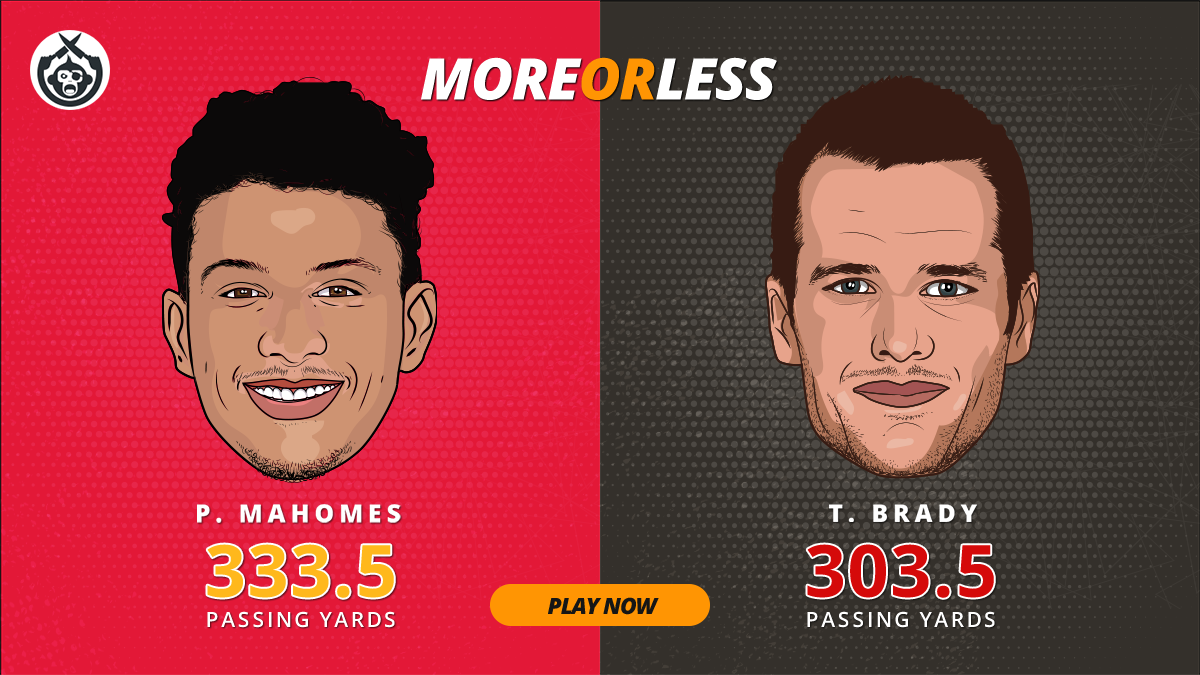 What an enormous number and, because it is Mahomes, it’s not unreasonable! In the 17 games that he has played this season, Mahomes has passed for more than 333 yards eight times. The Bucs have had an impressive defense for much of the season but they have given up more than 333 passing yards four times since Week 11, including 462 yards to Mahomes in Week 12.

Even at 43-years-old, Brady had a tremendous season, passing for 4,633 yards, his most since 2015 and he threw 4- touchdown passes, his most since 2007. He passed for more than 303 yards eight times in 19 games and takes on a Chiefs team that has allowed more than 303 passing yards five times all season, the last time coming in Week 14. That last quarterback to light up the Chiefs for more than 303 yards was Tua Tagoavailoa. The Chiefs gave up at least 300 yards passing, but less than 303, in weeks 16 and 17. Finally, Brady passed for 345 yards in the Week 14 encounter with the Chiefs. 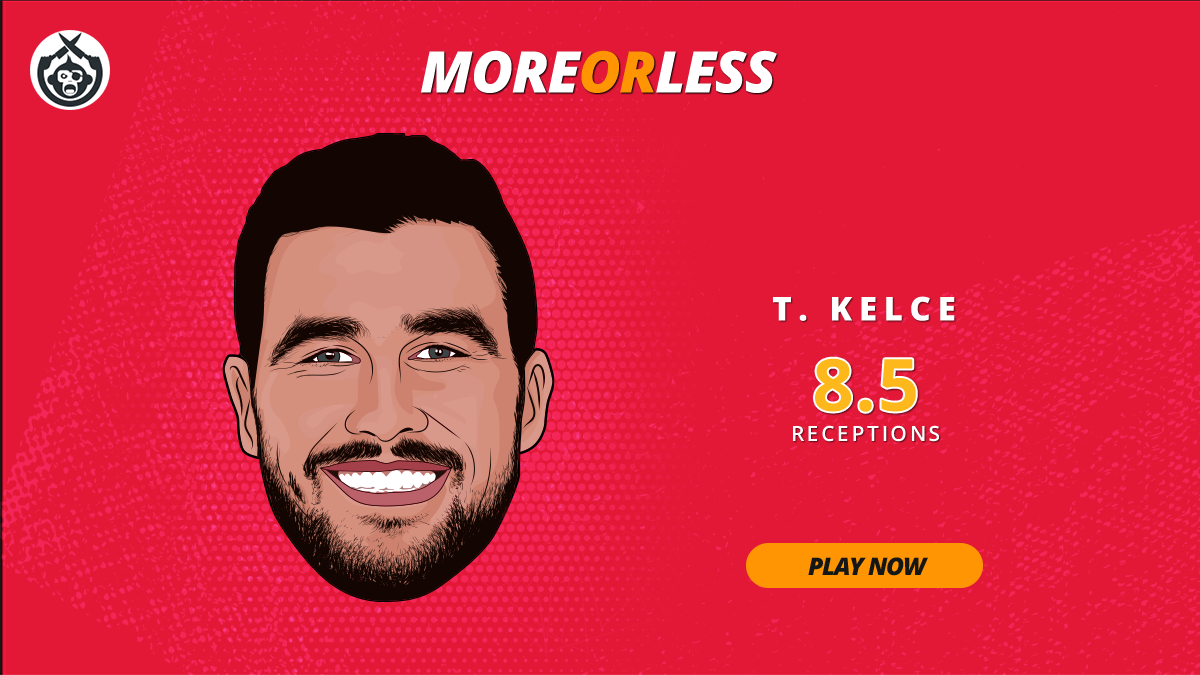 It is possible that this season is the best receiving season for a tight end, ever. Kelce had 105 catches for 1416 yards and 11 touchdowns during the regular season and has 21 catches for 227 yards and three touchdowns in two playoff games. He is a matchup nightmare and, still, this is a big ask. As amazing as Kelce has been this season, he had nine or more receptions just twice before putting up 13 catches in the AFC Championship game against Buffalo. His most common number of receptions in a single game this season was eight, a total he hit eight times including in Week 12 against Tampa Bay, so it’s easy to see Kelce challenging this number but it is still easier to see him staying below that lofty threshold. 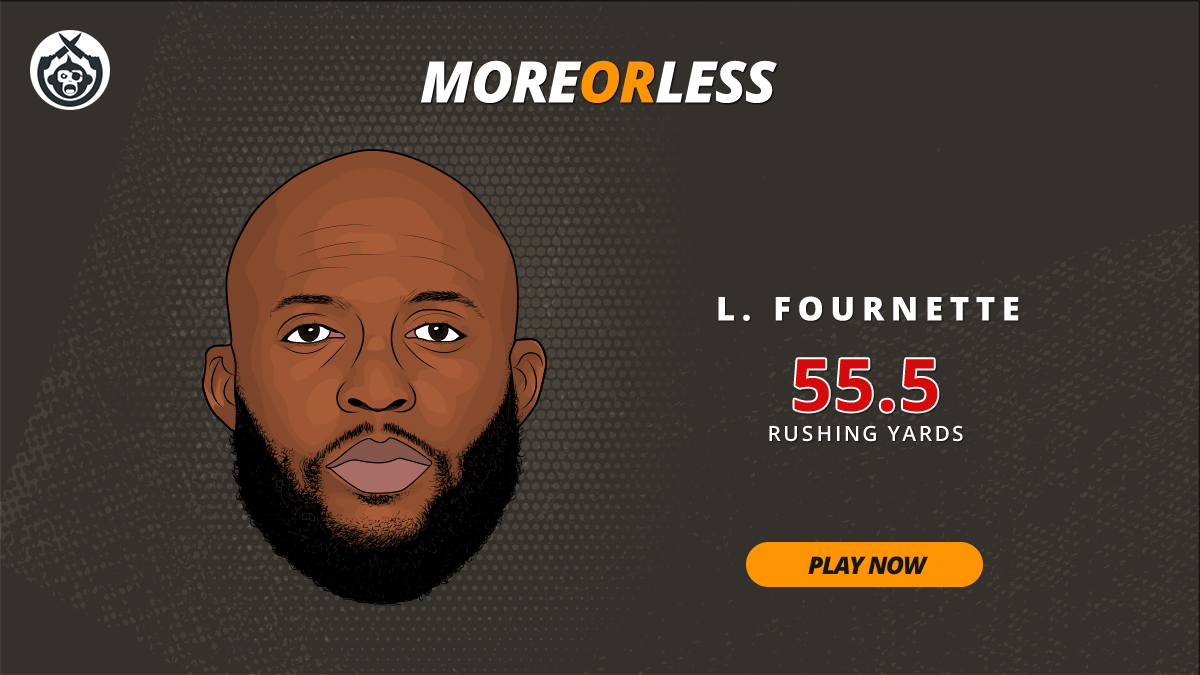 This is a complicated number because Fournette’s usage has varied throughout the season. He has had double-digit carries seven times, including each of the past three games, and has run for more than 55 yards in two of the past three games. He also finished right on 55 yards in the NFC Championship Game. A total of 56 yards is achievable, though. The Chiefs gave up at least 55 yards to a running back 13 times this season so if the Bucs can get into a situation where they don’t have to throw on every down to play catch-up then there is room for Fournette to power his way to more than 55 yards on the ground. 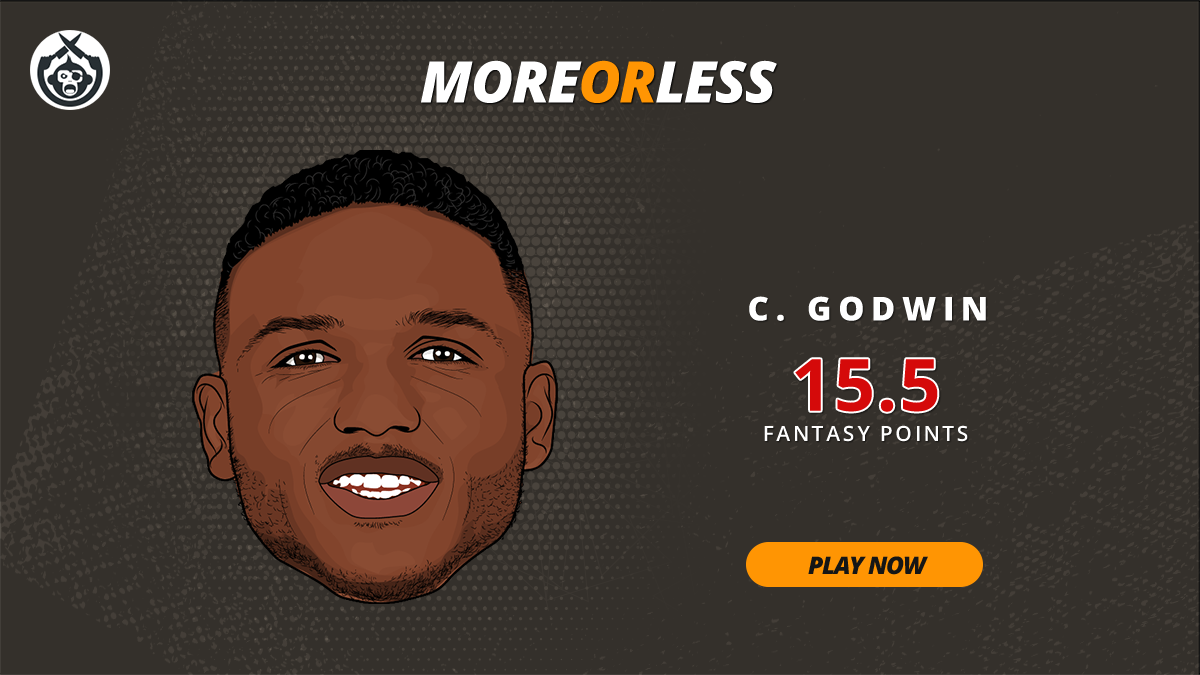 The Bucs wide receiver had uneven production early in the season but has become a reliable target for Tom Brady down the stretch, putting up more than 15.5 ppr fantasy points in four of the past five games. He also had eight catches for 97 yards on nine targets in the Week 12 matchup against the Chiefs. With Antonio Brown injured and Mike Evans playing hurt there may be even more balls thrown to Godwin and he should be able to get free – there have been 11 occasions this season, including the playoffs, in which a wide receiver produced better than 15.5 fantasy points against the Chiefs. Godwin is good enough to join that group. 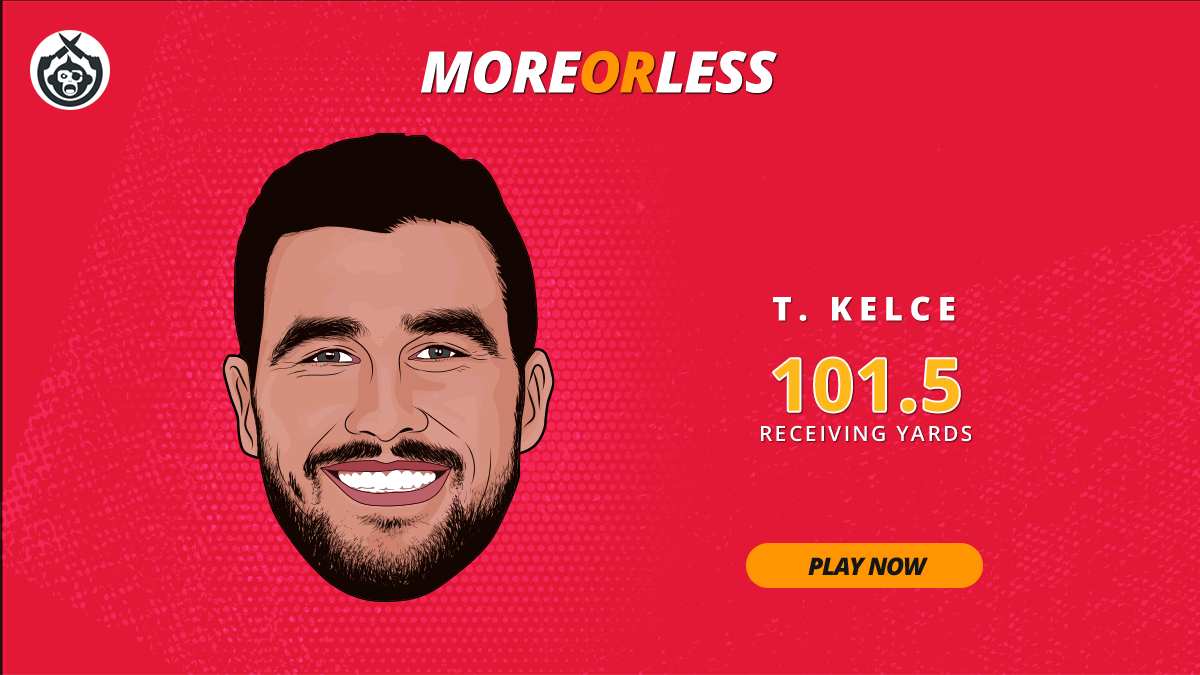 The Chiefs have such an embarrassment of riches in the passing game. Kelce is an all-timer at tight end and Hill is a game-breaker like few others in the league. The difference is that Kelce is a more consistent producer game-in and game-out. On the other hand, Hill might have a lower floor but he has a higher ceiling, which Hill happened to reach in Week 12 against Tampa Bay when he had 13 catches for 269 yards and three touchdowns on 15 targets. As monstrous as those numbers are, Hill accumulated most of them by the midway point of the third quarter. He had one catch after the seven-minute mark of the third in that game. Surely the Bucs will be prepared for him this time but the fast guy who can get behind everyone could still pose a problem.

Evans had another 1,000-yard receiving season, his seventh straight to start his NFL career, but he is playing through a knee injury right now and has four catches for 54 yards in the past two games. It’s possible that Evans will be more dangerous after a couple more weeks to heal but given the health of Tampa Bay’s receivers, the most likely scenario involves Godwin as the clear No. 1 option for Brady.