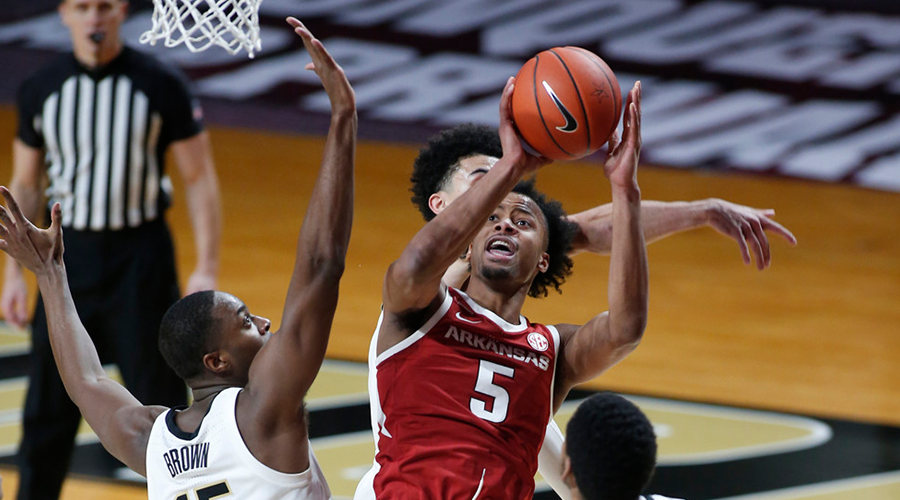 The Elite Eight is upon us and it brings a couple of great matchups Monday night. Play Fantasy Basketball DFS contests and win with Monkey Knife Fight! 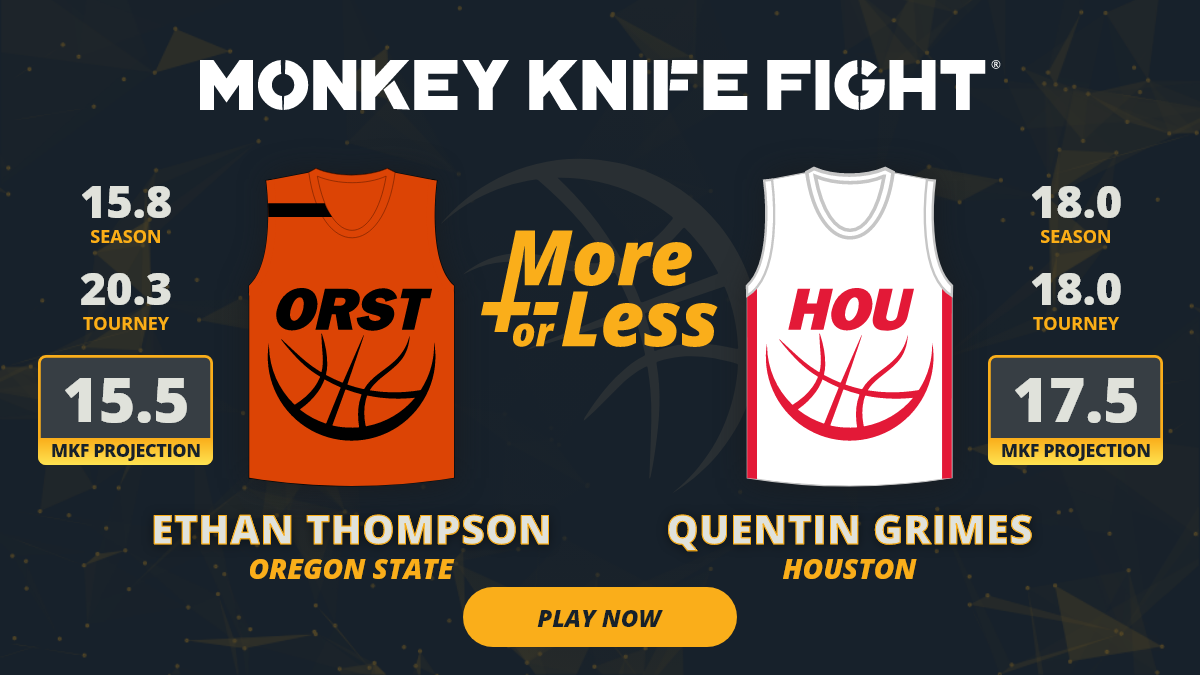 Houston’s leading scorer, the junior guard is averaging 18.0 points per game this season and had scored at least 18 points in four straight games before Syracuse held him to 14 points Saturday. Will his shooting be off again? I think not.

The senior guard has stepped up for the Beavers to lead them into the Elite Eight. He is averaging 15.8 points per game this season but he scored 26 against Oklahoma State an then 22 against Loyola-Chicago. He has scored at least 16 points in five of the past seven games and he will be the offensive focal point for Oregon State in their quest to reach the Final Four.

There is quite a bit of variance in the rebounding totals of the Cougars’ senior forward. In the past seven games, he has gone for double-digit rebounds twice, been held to four rebounds or less three times and grabbed exactly seven rebounds twice. He had a stretch earlier in the season of nine straight games without at least 10 rebounds so that ceiling lures towards higher expectations for Gorham.

The sophomore guard for Houston has been slumping. His average performance over the whole season counts for 22.65 fantasy points per game but he has struggled in three straight games, shooting 11-of-38 (28.9%) from the field in the NCAA Tournament.

Jarreau, a senior guard for Houston, does a bit of everything, averaging 10.9 points, 5.4 rebounds, 4.3 assists, and 1.3 steals per game. On average, he has been good for more than 26.8 fantasy points per game. Alatishe, a junior forward for Oregon State, is averaging 9.6 points, 8.7 rebounds, 1.8 assists, 1.4 steals and 1.2 blocks per game. On average, he has produced 28.9 fantasy points per game. Both players are capable of contributing even if they don’t necessarily score a lot but Alatishe may have the higher ceiling. 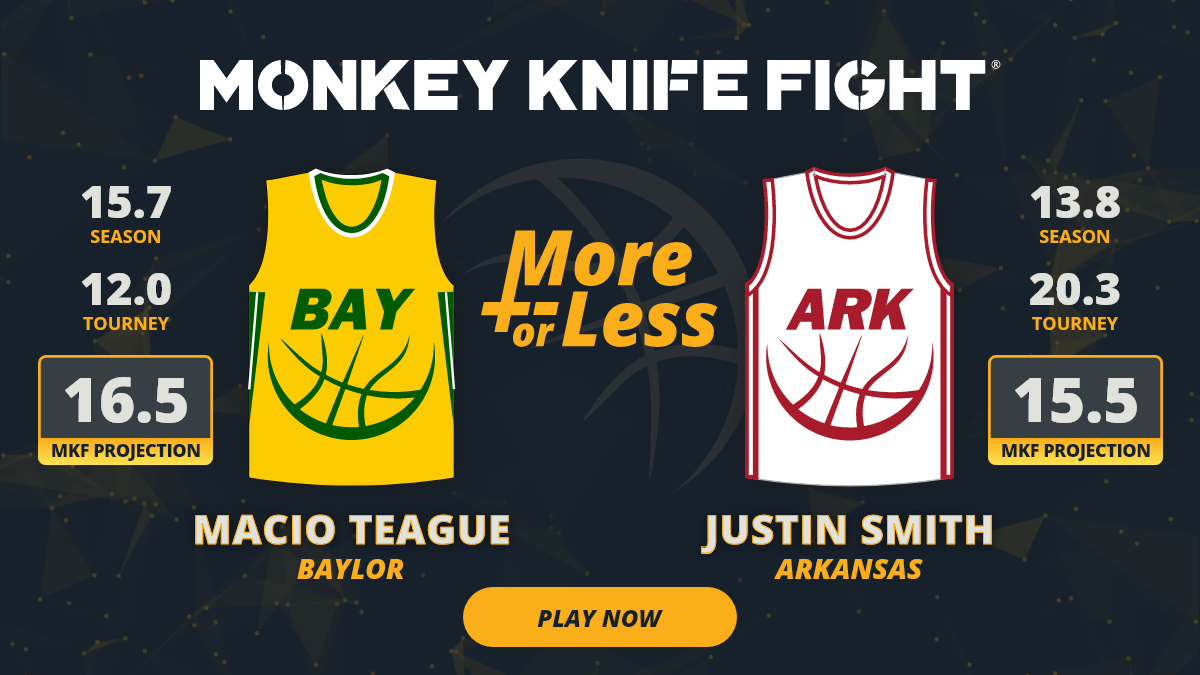 Baylor’s second-leading scorer, with 15.7 points per game, the senior guard has gone ice cold in the past couple of games, scoring a total of 14 points, including a season-low five points in Saturday’s win against Villanova. Maybe he bounces back but he could bounce back and still not finish with more than 16 points.

The Razorbacks’ leading scorer, averaging 17.0 points per game and a potential lottery pick, the freshman guard has struggled to get going in the tournament, scoring 12, 15, and 14 points in the first three rounds but he is a legit talent who should be able to find his way to 16 points in at least one tournament game.

Baylor’s junior guard contributes across the board: 14.1 points, 2.6 rebounds, 5.3 assists, and 2.0 steals per game leads him to nearly 29.8 fantasy points per game. Going for at least 29 fantasy points is a big ask but Mitchell is involved in so many aspects that he can do it.

The junior guard is averaging 4.7 assists per game for Baylor, though he has managed a total of five in the past two games, so it is hardly a sure thing, but he has recorded four or more assists in five of the past eight games so lean in that direction.