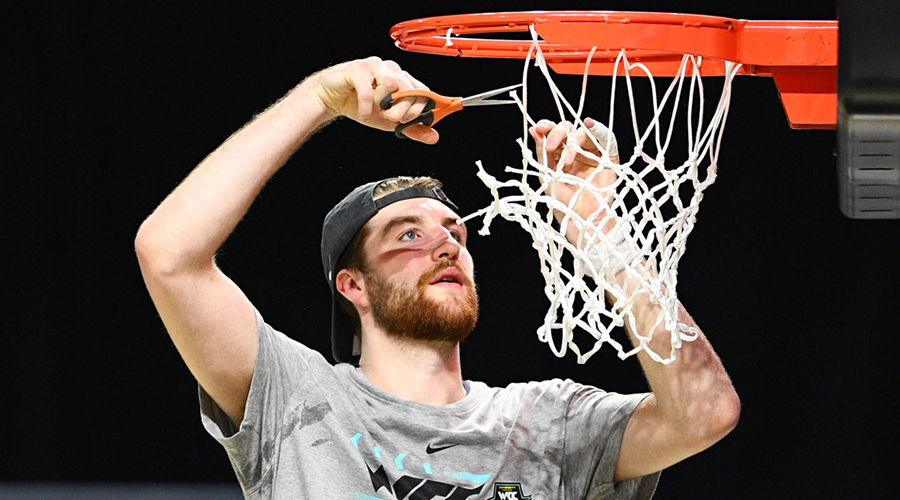 The college basketball tournament has reached the Final Four, which means a great day of Fantasy Basketball on Saturday and Monkey Knife Fight has contests to make the games even more fun.

Houston’s junior guard and leading scorer is putting up 18.0 points per game and has scored at least 17 points in nine of the past 11 games. He has attempted at least eight three-pointers in 10 of those 11 games.

The senior Houston guard is averaging 15.9 points per game but has some dramatic fluctuations in productivity. He has score more than 20 points four times in the past seven games, including 22 points against Arkansas in the Elite Eight, but he was also held to a single digit point total in two of the past three games.

Baylor’s leading scorer, the junior guard, has averaged nearly 32 fantasy points per game this season but his production is way down during the tournament and it’s hard to envision a Final Four game as the one in which Butler busts out of a slump that has seen him shoot 35.8% in the past five games.

Jarreau, Houston’s senior guard, has been effective on the glass, grabbing 6.5 rebounds per game in the past nine games and that includes the first-round game against Cleveland State in which Jarreau played just one minute due to a hip injury. Vital is a sturdy 6-foot-5 guard who had four rebounds while fouling out in just 18 minutes against Arkansas but had averaged 10.0 rebounds per game in the six games before that. His ceiling is certainly higher but he is such a risk for fouls that it could allow Jarreau to at least keep this close.

The sophomore forward leads Gonzaga with 19.0 points per game and has scored more than 20 points in each of the past three games. Timme is efficient, shooting 64.4% from the field in those three games. UCLA would probably like to slow down the pace. It worked for them in the Elite Eight against Michigan, so there is some risk that maybe Timme won’t get enough looks to go for 20 points again but Gonzaga has scored at least 80 points in 11 of the past 12 games and they scored 78 in the one game in which they didn’t score 80.

UCLA’s leading scorer, the sophomore guard is averaging 15.5 points per game for the season but he scored 28 of Gonzaga’s 51 points in the win over Michigan. He has score more than 15 points in four of UCLA’s five tournament games, including their play-in victory over Michigan State to get this whole thing started.

Kispert is averaging 18.9 points per game, which is just behind Timme in the Gonzaga scoring list, but Kispert has not been as productive recently. In the past six games, he has scored 18 or more points twice (and one of those games was exactly 18 points).

The freshman guard is a versatile talent who could be a top three selection in the NBA Draft. He is averaging 14.0 points, 5.5 rebounds, 4.5 assists, and 1.9 steals per game. His average game has earned Suggs nearly 31 points per game but the potential for UCLA to slow down the pace does make it at least possible that Suggs is held in check.

In the past 10 games, the sophomore UCLA guard has alternated going over and under this number, and in the Elite Eight he finished with just two assists against Michigan. His recent trend would suggest that a bounce-back performance is in order.