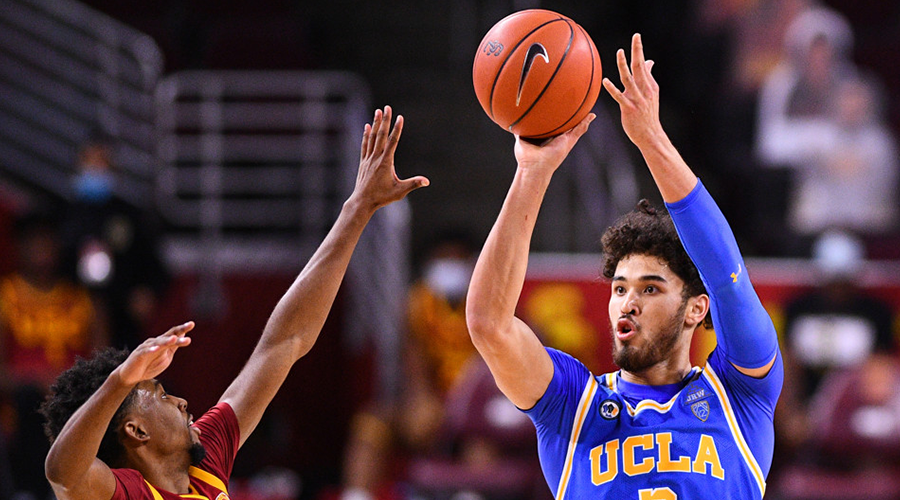 The Sweet Sixteen of the NCAA Tournament tips off this weekend and Monkey Knife Fight has contests to add to your enjoyment.

There are four games on the Sunday schedule.

There were a lot of upsets in the first weekend of the tournament. Can the unpredictable continue this week?

The sophomore forward with the sweet ‘stache, Timme is averaging 18.8 points per game this season and just dropped 30 on Oklahoma but he had been held to 18 points or less in five straight prior to going off on the Sooners.

A junior guard, Zegarowski is averaging 15.7 points per game and has scored at least 17 points in five of the past six games. Can he do it against the No. 1 team in the country? Well, Gonzaga is okay defensively but they are more apt to outscore the Blue Jays and that does leave Zegarowski room to get to at least 17 points.

Jefferson, the 6-foot-5 Creighton forward, is averaging 5.4 rebounds per game, which is more than Kispert’s average of 4.9 rebounds per game. Jefferson does have some wild fluctuations in his totals from game to game but getting an extra 1.5 rebounds per game makes him a viable play as the underdog.

Michigan’s freshman center has put up 14.2 points per game this season but he has gone through some games in which he doesn’t get enough touches – he has been held to eight shots or less in five of the past seven games – to really take advantage offensively.

The Seminoles forward is averaging 12.0 points per game on the season but has been held to single digits in three of the past four games but had scored 13 or more points in seven of the last eight games that he played before that.

UCLA’s leading scorer, the sophomore guard is averaging 15.1 points per game but has scored 67 points in three tournament games, including the Bruins’ play-in victory.

The sophomore guard is Alabama’s leading scorer at 14.3 points per game but has been held to 14 points or less in four of the past six games.

A top draft prospect, Mobley is a 7-foot freshman center for USC and had scored at least 17 points in three straight games before taking a backseat in a blowout win against Kansas in the second round of the tournament.

Oregon’s senior forward has made steady progress throughout his career and is averaging 16.7 points per game this season. He scored just nine points in the regular season matchup against USC.

The Ducks’ senior guard had been a slump before scoring 23 points against Iowa in the second round of the tournament. He is averaging 17.3 points per game so it does not seem like an unreasonable expectation that he could still put up at least 15 against the Trojans.

Figueroa, a senior guard for Oregon has put up 6.2 rebounds per game which makes him a lively underdog in this matchup. Mobley, a sophomore forward for USC, is averaging 7.3 rebounds per game and that average has been sliding as he has grabbed 6.3 per game over the past eight.