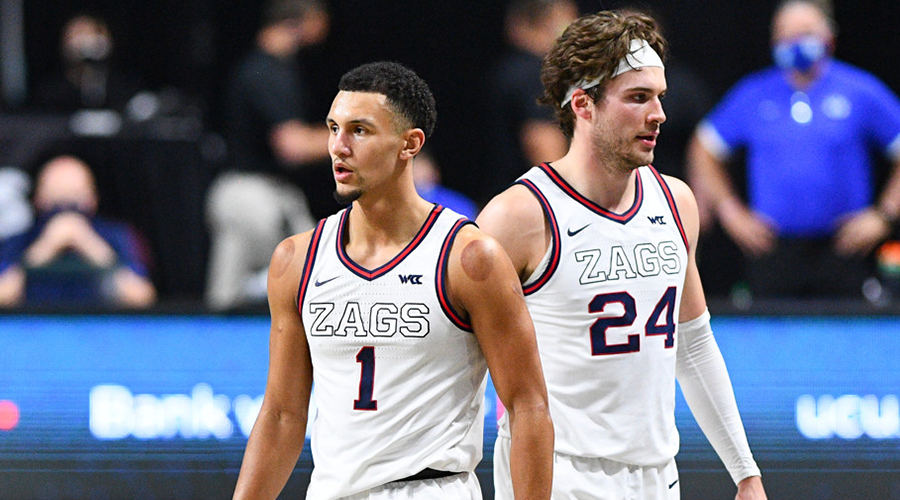 Even by the standards of previous NCAA Tournaments, this year’s version of March Madness is off the rails. Monday brings more tourney action and Monkey Knife Fight is there every step of the way with contests to make the upsets even more exciting.

The games have been out of control and seeding does not seem to mean a whole lot. Here are some angles to keep in mind when playing Monday’s early college basketball action on Monkey Knife Fight.

Garza, the 6-foot-11 senior for the Hawkeyes is a relentless scoring force. In the past 11 games, he has scored at least 21 points eight times. Of the three games that did not hit that threshold, Garza’s minutes were limited because Iowa had blowout victories (though he was unlikely to get there with full minutes in the win over Michigan State). The only game in the past 11 in which he played 30-plus minutes but did not put up at least 21 points was a 79-57 loss at Michigan, the third-ranked team in the country, as Garza was 6-for-19 on his way to 16 points. Against Oregon, Garza will get his touches and as long as he has the opportunity, he should be able to score.

The Ducks’ senior guard has averaged 16.7 points per game this season but has scored a total of 30 points while shooting 38.5% from the field in the past three games. He is a third-team All-American who obviously can surpass that number but he is in a rough spot right now.

The Hawkeyes senior point guard has averaged 4.4 assists per game but his recent games have fluctuated quite a bit. His assist totals in the past eight games: 6, 0, 5, 2, 8, 3, 6, 2. If that up and down trend continues, he should be good for at least four against Oregon.

Wieskamp is a junior wing for the Hawkeyes who is a consistent force on the boards, averaging 6.7 per game and has seven or more in four of the past five games. Figueroa is a senior wing for the Ducks who is averaging 6.1 rebounds per game but after grabbing a season-high 14 rebounds at Cal on February 27, his rebounding totals for the next five games: 5, 3, 5, 4, 3.

The senior Bulldogs forward has scored 20 or more points in four of the past seven games but also four of the past 14 games. He has averaged 19.3 points per game this season but it’s hardly a given that he can go for 19-plus against the Sooners.

The versatile senior guard has scored 17.9 points per game for the Sooners and has taken on a greater scoring responsibility late in the season, putting up at least 19 points in eight of the past nine games.

Gonzaga’s freshman point guard has put up 4.4 assists per game this season and that includes four or more in five of the past eight games. His per-game assist totals bounce all over the place but he has recorded at least four assists in 14 of 25 games this season.

The Sooners’ senior forward has had back-to-back 19-point games, thanks in part to going 8-for-15 from beyond the arc, but he is averaging 11.2 points per game this season. Expecting at least 13 is a bit much.

The junior guard is the Bobcats’ leading scorer, averaging 16.3 points per game, but only had 11 points on seven field goal attempts in Round One against Virginia. Creighton is not afraid to slow things down, too. Maybe not quite like Virginia but they could make it tough on Preston.

The Blue Jays’ junior guard is averaging 15.6 points per game and has scored at least 16 in four of the past five games and he is knocking down 61.5% of his three-pointers in those five games.

Although the 6-foot-5 senior forward has been good for an average of 5.4 rebounds per game, he has three or fewer rebounds in three of the past four games. Of course in the other game he grabbed a dozen rebounds and he has at least five rebounds in 17 of 29 games this season.