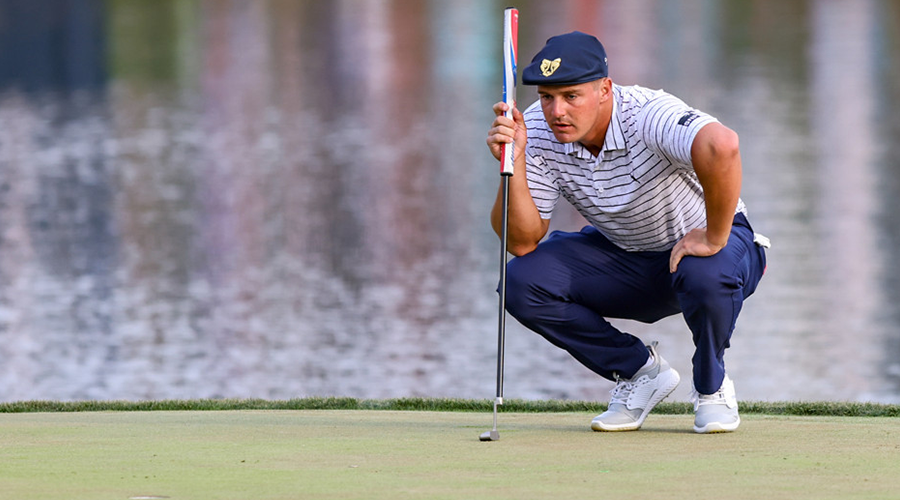 The 2021 U.S. Open tees off at Torrey Pines South Course this week and Monkey Knife Fight’s Eagle Eye contest is a fun way to play along with the action on the course.

The Eagle Eye contest allows you to pick three golfers for your team and if all three make an eagle in the tournament, you get a share of this week’s $5,000 prize pool, which has rolled over after there were no winners in last week’s contest at The Palmetto Championship. 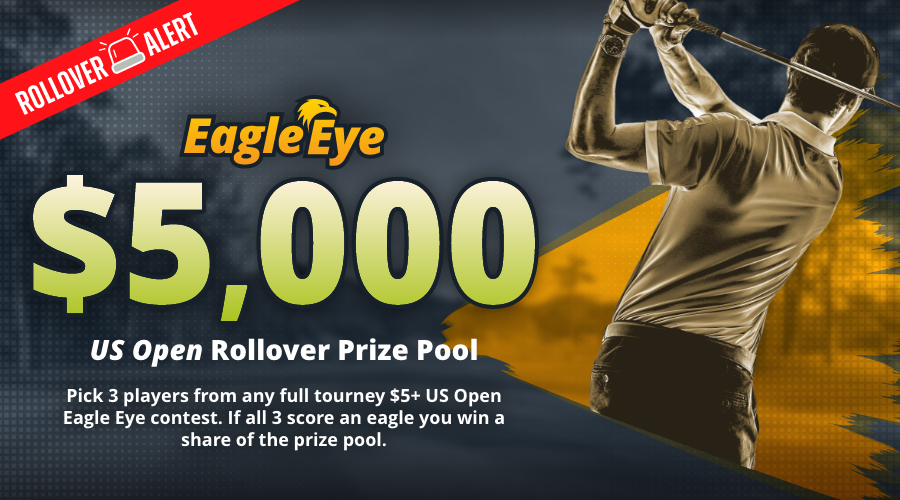 It is not going to be easy to find three players to eagle at a course that is going to play to U.S. Open standards. This is going to be more difficult than the Farmers Insurance Open, the tour event that regularly plays at Torrey Pines South.

For example, there were 17 eagles at the 2020 U.S. Open and Bryson DeChambeau was the only player with two. That is still not a lot of eagles.

In 2008, the last time the U.S. Open was held at Torrey Pines South Course, Tiger Woods and Rocco Mediate tied at 1-under-par through 72 holes before Tiger won in a playoff. There were 16 eagles that week, three of them by Eldrick Woods.

If it’s going to be that difficult to get under par, it will make eagles really valuable but also, likely, quite rare.

Here are some Monkey Knife Fight picks to keep in mind when making your Eagle Eye selections for the U.S. Open.

Playing a Full Tournament or Round 1 contest for the #USOpen on Monkey Knife Fight?

Our #PGA analyst @ByScottCullen gives out his top picks to play heading into Thursday! #DFShttps://t.co/HsnPc5FXB3

You can find my Full Tournament and 1st Round picks here).

The only player with multiple eagles at the 2020 U.S. Open, DeChambeau has the lowest eagle rate on tour this season, with one per 69.2 holes. He also eagled during the 2019 U.S. Open.

Although Koepka, like DeChambeau, has not had a lot of success at Torrey Pines, he is almost always a contender at the U.S. Open, with wins in 2017 and 2018 and a second-place finish in 2019. If he manages to hang in contention, maybe that gives him an opportunity to get an eagle. Koepka currently ranks 16th on tour in eagles with one per 102.9 holes and he eagled twice at the 2016 U.S. Open.

The real argument for Rahm is that he has been the most consistently low-scoring golfer on the tour and has played well in previous events at the Torrey Pines South Course, with four Top 10 finishes in five Farmers Insurance Open tournaments. His eagle rate, of one per 114.0 holes, ranks 25th on tour this season. Rahm had three eagles at the 2017 Farmers Insurance Open and two more at the 2019 and 2020 tournaments.

The putt that sealed the deal.