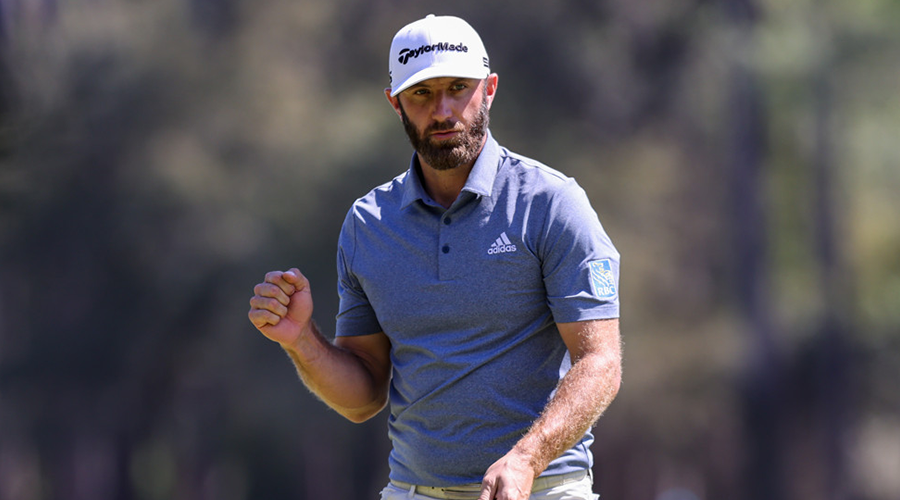 The PGA Tour stops at the Travelers Championship this week and Monkey Knife Fight’s Eagle Eye contest is a new and fun way to play along with the action on the course.

The Fantasy Golf Eagle Eye contest allows you to pick three golfers for your team and if all three make an eagle in the tournament, you get a share of this week’s $7,500 prize pool, which has rolled over after there were no contest winners at The Palmetto Championship or the U.S. Open. Picking three players to make eagle is not as easy as it might sound. 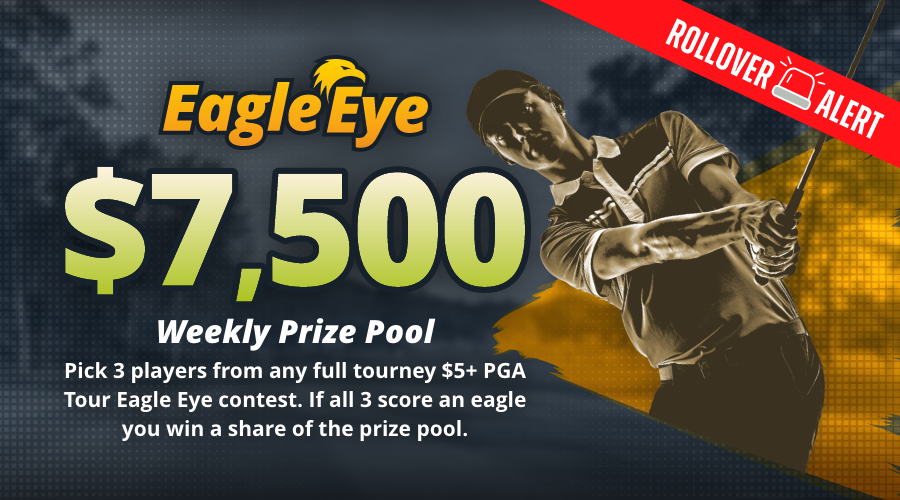 The Travelers Championship is played at the TPC River Highlands course in Cromwell, Connecticut. At last year’s tournament, there were a dozen different players to record an eagle, while three players, including Rory McIlroy, had two eagles.

Here are some Monkey Knife Fight picks to consider when making your Eagle Eye picks for the Travelers Championship!

Generally, DeChambeau is a default setting for Eagle Eye, kind of like R, S, T, L, N, E on the final puzzle for Wheel of Fortune. He has the best eagle rate (one per 69.4 holes) on tour and as the longest hitter off the tee, he consistently puts himself in position to at least have the opportunity to make eagle.

Last year’s winner at the Travelers Championship, with a score of 19 under par, DJ is tied for 16th in eagle rate, with one every 108.0 holes this season, and given the field at this tournament, he should be in contention this week.

That time when Dustin Johnson hit a 369-yard drive to four feet for eagle. 🤯pic.twitter.com/4MCgzRFX9G

He was in contention before fading somewhat dramatically at the U.S. Open last week but DeChambeau has only missed one cut all season and has three straight Top 10 finishes at the Travelers Championship. His birdie average of 4.26 per round ranks 13th on the tour this season.

Given the ups and downs in Koepka’s performance, with the ups tending to come around major tournaments, it might be easier to have more modest expectations for Koepka this week, even though his birdie average of 4.18 per round is a solid 18th on tour.

With four Top five finishes in his past six times playing the Travelers Championship, Casey has been knocking on the door consistently and he has six Top 10 finishes in his past 10 events in the PGA Tour as well. His birdie rate of 3.88 per round is only okay, ranking 53rd, but this is a venue that seems to work for him.

A birdie rate of 4.14 per round ranks 21st on the tour this season and Reed’s recent results combined with his past performances at the Travelers Championship appear to have him poised for a shot at contention this week.

Johnson does have three Top 20 finishes in his past five tournaments and is the defending champion in this tournament but he has not been as effective as he was early in the season so he may not be ready to go super low on the scorecard.