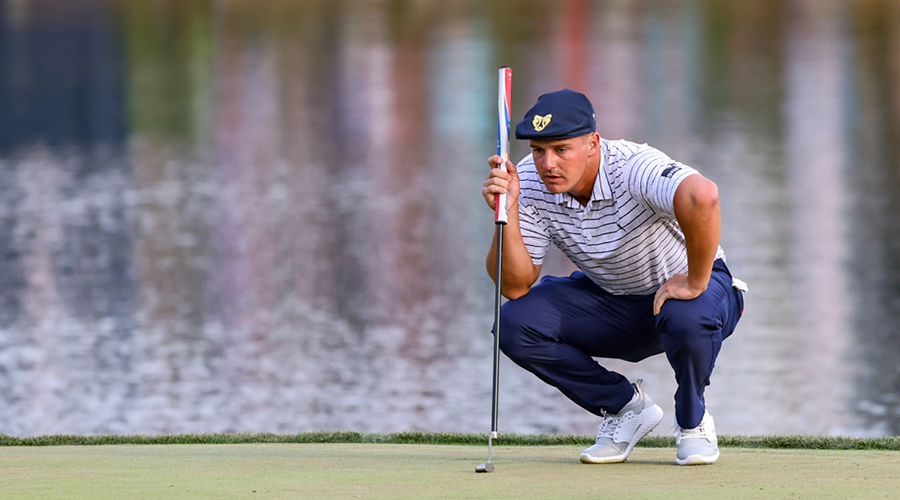 A tradition unlike any other, the Masters Tournament needs no introduction.

The 85th edition promises to be as entertaining as the previous eight-four. We know the course, we love the drama so without further ado, here’s where to put your money to work on Monkey Knife Fight for the year’s first Major Championship.

Not to be confused with the $2,500 Eagle Prize Pool, the weekly Eagle Eye contest asks you to pick 3 players who will make multiple eagles. Since it’s a Major Championship, we have some awesome eagle entrants to choose from. You don’t have to dive deep to get your first pick. The hard swinging Bryson DeChambeau will make multiple eagles this week. Chances are he’ll probably even make one on a Par 4.

Back Bryson up with a combination of these guys and your sure to cash in this contest. The Canadian Corey Conners has played solidly this season, makes birdies and recorded double digits in total eagles. Sunjae Im is another eagle machine. With two hole outs this season, he doesn’t just make his eagles the traditional way with the putter. It’s easy to round out the group with Tony Finau, John Rahm or Dustin Johnson, but I’d take Carlos Ortiz since he’s made more eagles than anyone on the PGA Tour this season.

You can read my full Eagle Eye preview on for The Masters here to help you win a share of the $2,500 prize pool!

We know the course and we expect great scoring from everyone. Reports from the players and caddies tell us the conditions are firm and fast but does that mean MORE or LESS birdies? Follow these predictions and you’ll be closer to figuring it out.

Bryson is not necessarily the man to beat this week, but he will make more than 17.5 birdies. He's long enough to take advantage of the Par 5’s and two-putt for birdie. Combine that with being third on tour in birdie percentage and he’ll cover.

JT is the leader in birdie percentage on tour. He makes birdie 30% of the time. The pressure of the moment won’t hinder his birdie prowess. The reigning Players Champion is also third on the PGA Tour in Strokes Gained Approach. That means he’ll also have plenty of chances.

Yes, the defending champion just doesn’t make as many birdies as his 20 under winning score in November would lead you to believe. Be careful with this one, as DJ will certainly be in the mix to repeat. Yet, his balanced play as the #1 player in the world means he makes less mistakes so in order to win he just doesn’t need as many under par scores.

The #1 player on the PGA Tour in Strokes Gained Approach will have his birdie chances this week. Take into account a little mentoring with the flatstick from 1998 Masters Champion Mark O’Meara and Morikawa will not only cover the number, but he might just win.

Having your first baby doesn’t bring about a birdie bonanza. The #3 player in the world also has a very balanced game. He’s making birdie just a quarter of the time. Over the course of this Major Championship, it just won’t be enough.

That’s the tournament report for the 85th Masters. The favorites are healthy, here and ready for action. The Honorary Starters take the tee Thursday morning at 7:45 am EDT, so get your winning plays in and enjoy another trip down Magnolia Lane.

Keith Stewart is a 5-time award-winning PGA Professional with 25 years of experience in the golf industry. His network of players, coaches and insiders can be heard every week on air. He’s the host of the ProShow on ESPN 920 AM in New Jersey. The country’s #1 gambling market tunes in to him every week for his take on the pop-culture world of golf.