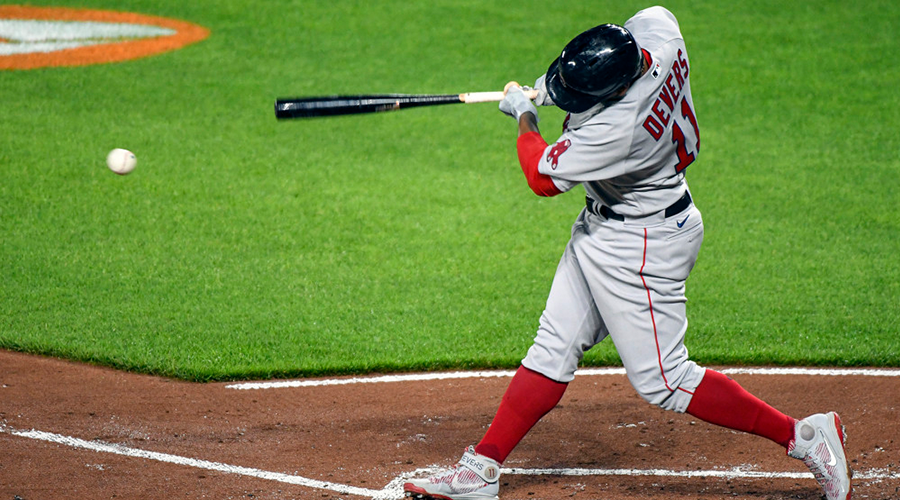 This week, it looks like a relatively strong group of starting pitchers, so it might be even harder than usual to find Friday’s home run hitters. 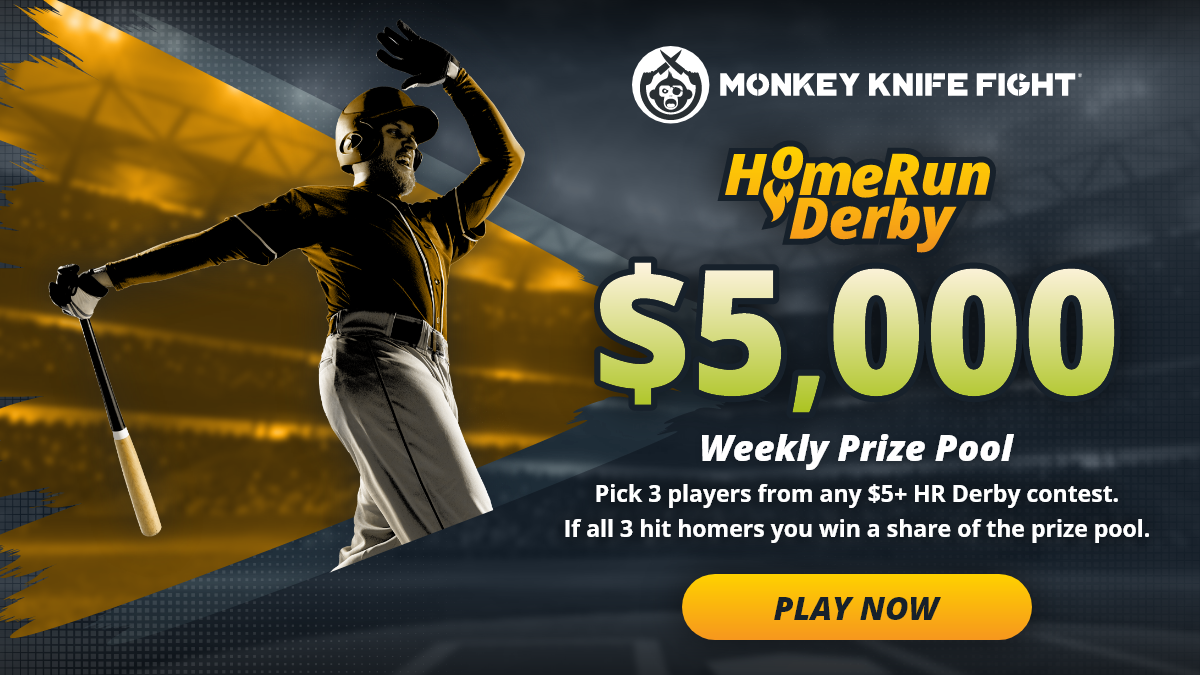 Reminder: For any MKF Home Run Derby contest of $5 or more, if all three of your selections hit home runs, you share in the $5,000 prize pot.

Here are some Monkey Knife Fight picks to keep in mind when playing MLB Home Run Derby Friday on MKF.

The Reds outfielder has been downright devastating against right-handed pitching, belting 16 home runs in 183 plate appearances going into Friday’s game against the Colorado Rockies, who have Kyle Freeland on the bump.

Boston’s power-hitting third baseman has mashed 13 of his 15 home runs against right-handed pitching and has a matchup against one of the more homer-friendly pitchers taking the mound Friday, Toronto’s Ross Stripling.

The Rays catcher has a dozen home runs this season but he is especially productive against left-handed pitching, with six home runs in 53 plate appearances going into Friday’s matchup with Baltimore Orioles rookie southpaw Keegan Akin.

Although Alvarez has not been as prolific a home run hitter this season, he still has 36 home runs in 138 career games and takes that power into a matchup against the Twins’ Matt Shoemaker and it so happens that Shoemaker has one of the highest home run rates allowed among Friday’s starting pitchers.

Yordan Alvarez has light tower power. Been knowing this for a couple years but always astonished when I see it happen in real time 🤯🤯 #ForTheH pic.twitter.com/JwavyEy9rq

Not only is Garcia hot, with six home runs in his past 15 games, but he is going against the Pittsburgh Pirates with Chase de Jong on the mound and de Jong has allowed 14 home runs in 64 1/3 innings in his major league career.

After slugging five home runs in an eight-game span, Muncy has gone eight games without a home run, but he faces Texas Rangers starter Mike Foltynewicz Friday and Muncy has two home runs in 13 career plate appearances against Foltynewicz.