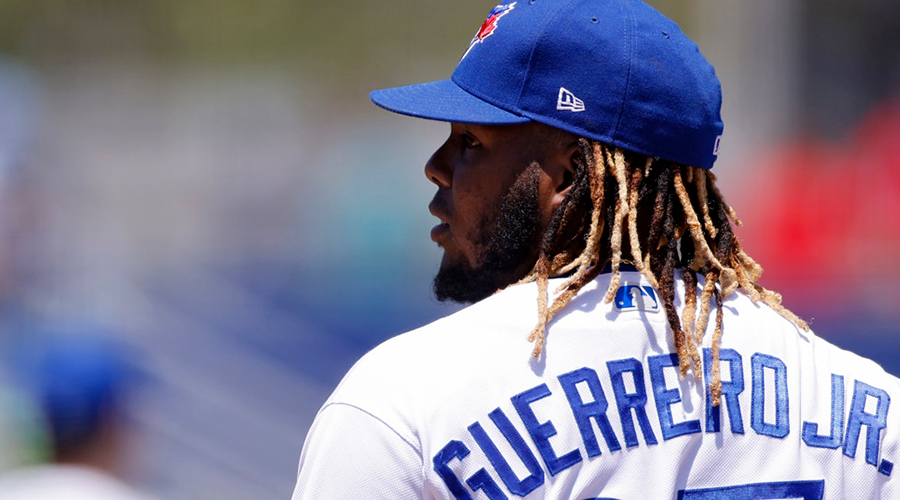 This week, it looks like a relatively strong group of starting pitchers, so it might be even harder than usual to find Friday’s home run hitters.

Reminder: For any MKF Home Run Derby contest of $5 or more, if all three of your selections hit home runs, you share in the $5,000 prize pot which has rolled over from last week. 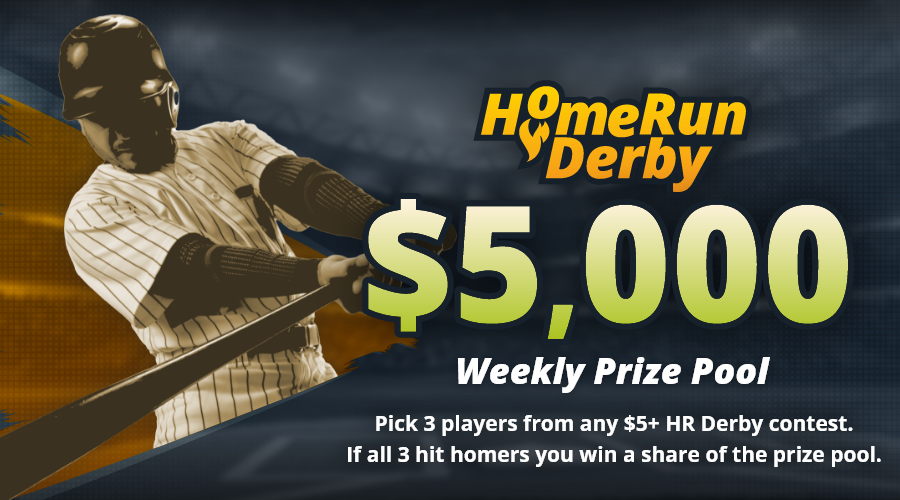 Here are some Monkey Knife Fight picks to keep in mind when playing Fantasy Baseball on MKF for their Home Run Derby Friday.

Leading the American League with 22 home runs, Vladdy goes against the Baltimore Orioles, with left-hander Bruce Zimmermann on the bump. Guerrero has six home runs in 15 games this month.

Vladimir Guerrero Jr. with his 21st HR of the season. 🚀 #BlueJaysOnSN pic.twitter.com/BnwAo5QPE0

The A’s first baseman is up to 18 home runs on the season and goes against the New York Yankees, with Jameson Taillon on the mound. Taillon has been hittable this season, allowing 10 home runs in 53 1/3 innings.

Apparently, the Cardinals' third baseman can still hit, even though he’s not playing home games in Colorado anymore. Arenado has a dozen home runs and that includes four in 48 plate appearances against left-handed pitching.

The most prolific home run hitter in the game in the past decade going against the starting pitcher with the highest home run rate among Friday’s starters? That matchup works and Cruz has one home run in three plate appearances against Rangers starter Mike Foltynewicz.

Boston’s third baseman has legit power, with 16 home runs, and may get a shot at Royals rookie Jackson Kowar, who has not allowed a home run in two starts but he has been hit hard, allowing eight earned runs in just two innings.

The most dangerous home run threat for the Brewers, with 13 home runs, Garcia is worth a look in Colorado, even if the Rockies starting pitcher Antonio Senzatela does not typically surrender a lot of home runs.

The Dodgers' third baseman is up to a dozen home runs and with Max Muncy on the injured list, that leaves Turner as the Dodgers player with the most home runs this season. He gets a crack at the Arizona Diamondbacks, with Caleb Smith on the bump, and Smith led the National League with 33 home runs allowed in 2019.

I’m not even sure I can explain what is going on with Crawford this season, as the Giants’ 34-year-old shortstop has already hit 15 home runs, the second-highest total of his career, and he also gets to face the Philadelphia Phillies and Vince Velasquez, who does tend to give up the long ball.