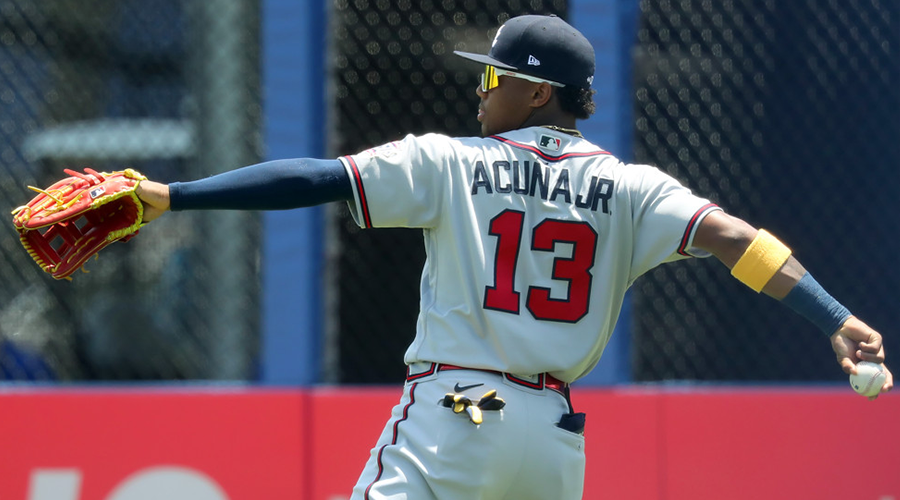 Friday brings a full schedule in Major League Baseball with a doubleheader between the Mets and Phillies so there are a total of 16 games on the docket and Monkey Knife Fight has contests for all of them, meaning lots of opportunities to play and win!

As great as Rodon has been this season, it is a significant ask for him to get at least nine strikeouts in a game, something that he has done five times in 12 starts. He goes against a Seattle Mariners lineup that has a higher-than-average road strikeout rate (25.3%) but that isn’t enough to swing expectations on the higher end for Rodon.

Amidst his inconsistency, the Angels right-hander has recorded at least six strikeouts in five of 12 starts this season but he does have the advantage of facing a Tampa Bay Rays lineup that has the highest home strikeout rate (28.0%) in MLB.

Kansas City’s veteran lefty has picked up his strikeout rate since early in the season, recording 62 strikeouts in his past nine starts, and he is going against a Texas Rangers lineup that has a higher-than-average home strikeout rate (24.4%).

Toronto’s highly touted rookie has 27 strikeouts in 23 2/3 innings through his first five major league starts and while he does not tend to go deep into games, he is also facing a Baltimore Orioles lineup that tends to swing and miss, with a higher-than-average road strikeout rate (26.5%).

It is impressive that the Braves superstar is even looking at this number, a threshold that requires him to get at least three total bases. He is slugging .579 against right-handed pitching and .529 on the road but the Braves are in Cincinnati, which is one of the most hitter-friendly parks in baseball. Still, three total bases? That’s a lot.

While the Mariners lefty had some uneven performances early in the season, he has recorded at least 16 MKF fantasy points in eight of his past nine starts. Even facing a potent White Sox lineup, it’s tough to argue with his recent trend.

The Indians' second baseman is not particularly adept at getting on base, with a .321 on-base percentage against left-handed pitching and .296 on the road going into Friday’s game at Minnesota. The reason to consider his upside is that the Twins are starting journeyman lefty reliever Danny Coulombe so it looks like a bullpen game but it’s not enough to like Hernandez reaching base multiple times.

As much as Anderson can deliver some punch, he has a more difficult matchup, going against Yusei Kikuchi, while Ramirez is looking at a likely bullpen game from the Minnesota Twins.

The A’s lefty has at least six strikeouts in four of his past six starts and he is going up against a San Francisco Giants lineup with a slightly better-than-average home strikeout rate (23.3%).

While Paddack’s consistency can sometimes be lacking, he is on a good strikeout run right now, with at least six strikeouts in five of his past six starts. Taking on an Arizona Diamondbacks lineup with an average road strikeout rate (24.7%) should keep Paddack rolling.

The Dodgers star is starting to come on and has a .371 on-base percentage against right-handed pitchers and a .352 OBP at home, going into Friday’s game against the Cubs’ Jake Arrieta.

Arizona sends Corbin Martin and his 8.62 ERA to the mound against Tatis Jr. who may be the most dangerous hitter in baseball. Tatis is slugging .687 against right-handed pitching and .560 at home.

Not only is Muncy a consistent power threat but he is an on-base threat, with a .400 on-base percentage against right-handed pitching and a .445 OBP at home going into Friday’s game against the Chicago Cubs, with Jake Arrieta on the bump.