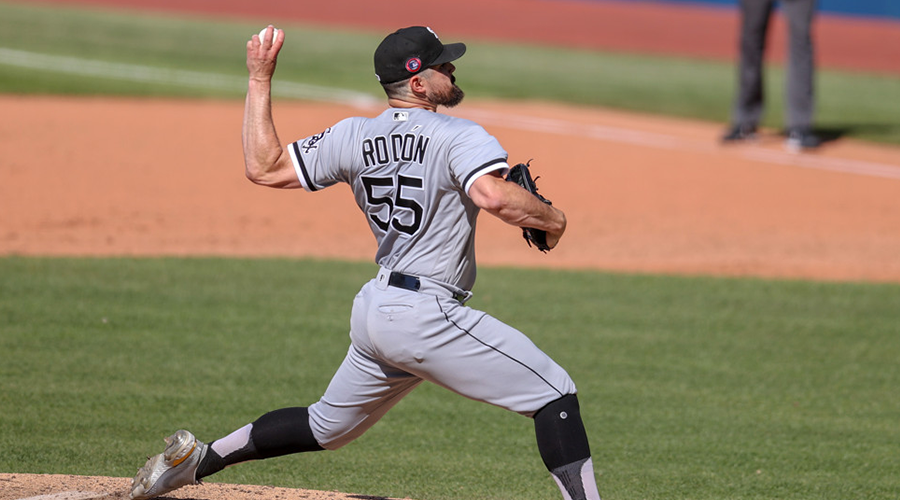 Tuesday has a full Major League Baseball schedule and Monkey Knife Fight has contests for all, bringing many chances to play and win.

Here are some Monkey Knife Fight Picks to keep in mind when playing Tuesday’s Fantasy Baseball contests on MKF.

The Indians ace is not as dominant as he was last season but is still a legit frontline starter and has recorded nine or more strikeouts in six of his seven road starts. He faces a St. Louis Cardinals lineup that has a lower-than-average home strikeout (21.6%), which does make it a little more challenging.

Even though he gave up a season-high five runs in six innings in his last start, Rodon still whiffed eight. He has at least eight strikeouts in seven of his nine starts and takes that record against a Toronto Blue Jays team with one of the lowest road strikeout rates (21.7%) in MLB.

After a couple of shaky starts early in the season, the Blue Jays lefty has recorded at least seven strikeouts in six of his past eight starts. He does not accumulate strikeouts quite like he did at his peak but his walk rate is also much better, and Ray is facing a Chicago White Sox lineup with a lower-than-average home strikeout rate (23.0%).

While Montgomery has been more effective recently, he still has more than five strikeouts in just five of 11 starts and takes on a Minnesota Twins lineup with a low home strikeout rate (21.7%).

The Astros left-hander has only pitched in two games since returning from his finger injury suffered in Spring Training. The second of those starts saw him go seven innings at home against the Boston Red Sox, the team that he will face at Fenway Park on Tuesday. He should be able to make it through six against the Red Sox.

Although this has been a solid bounce-back campaign for the Astros second baseman, Altuve’s on-base percentage on the road is .340, which is okay but hardly guarantees him to reach base twice in a game. He does have a .389 OBP against left-handed pitching heading into Tuesday’s game at Boston, with Martin Perez on the mound, and Perez has been effective enough this season that Altuve could have his hands full.

After cruising through his first seven starts, posting a 1.93 ERA, the Giants lefty has been touched up for 11 earned runs in 9 2/3 innings in his past two starts. He has produced at least six strikeouts in six of his nine starts and goes against a Texas Rangers lineup that has a higher-than-average home strikeout rate (25.7%).

Even if the A’s ace has not typically been a huge strikeout pitcher, his rates are climbing and he has at least six strikeouts in eight of his past nine starts. He is going against an Arizona Diamondbacks lineup with the seventh-highest road strikeout rate (25.7%) in MLB.

It is incredible to see Grandal rocking a .153 batting average and yet he has a .392 on-base percentage overall. The man can work a walk! His OBP at home is .349 but his OBP against left-handed pitching is a ridiculous .541 going into Tuesday’s game against Robbie Ray and the Toronto Blue Jays.

Hitting at the top of the A’s lineup, Canha is generally under-rated and he can get on base. He has a .387 on-base percentage at home and a .395 OBP against right-handed pitchers going into Tuesday’s home game against Arizona with rookie Jon Duplantier on the mound.