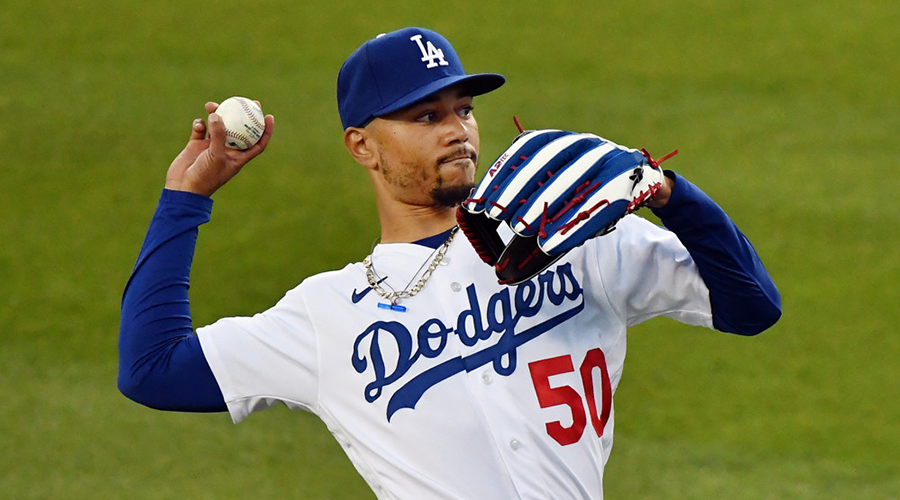 Wednesday offers a full Major League Baseball schedule and Monkey Knife Fight has contests for all, bringing many chances to play and win.

There is a mixed bag of pitching talent going on today.

Here are some Monkey Knife Fight Picks to keep in mind when playing Tuesday’s Fantasy Baseball contests on MKF.

The Yankees ace has had four straight games with seven or fewer strikeouts and is facing a Minnesota Twins lineup that has the fifth-lowest strikeout rate (21.6%) in MLB. With recent suspicion about Cole’s use of foreign substances to increase his spin rate, he may be dialing it back a bit.

While Lynn’s season has been downright ridiculous – he has a 1.23 ERA in 10 starts – his biggest strikeout game was early in the year. In his past seven starts, he has six or fewer strikeouts five times and is going against a Toronto Blue Jays lineup that makes contact, with the fourth-lowest road strikeout rate (22.1%) in MLB.

The young Tigers pitcher has been finding his groove lately, with six or more strikeouts in each of his past four starts. Can he keep it going against a Seattle Mariners squad that has a higher-than-average road strikeout rate (24.8%)? Sure!

This has not been a vintage Mookie Betts season overall, but his .369 on-base percentage is a little better than last season. His splits are favorable for Wednesday, too, with a .397 OBP against left-handed pitching and a .395 OBP on the road going into a matchup against Tyler Anderson and the Pittsburgh Pirates.

Smith is strangely not feasting on right-handed pitching this season, slugging just .353. He has a .402 slugging percentage on the road but, perhaps most importantly, is going against Baltimore’s Matt Harvey so maybe Smith is due for better results with that kind of favorable matchup.

The Tigers catcher has six home runs in the past six games but banking on at least three total bases is a lot to ask for a player who had barely hit major league pitching at all prior to those six games. He faces the Seattle Mariners with Chris Flexen on the bump.

One of the premier third basemen in the game, Ramirez is slugging a robust .631 against right-handed pitching and .556 on the road going into Wednesday’s game at St. Louis, where the Cardinals send Adam Wainwright to the mound.

There has been some decline in the 33-year-old first baseman’s production and his splits are not ideal for Wednesday’s matchup against Cleveland and Jean Carlos Mejia, with Goldschmidt posting a .309 on-base percentage against right-handed pitching and a .294 OBP at home.

In three starts this season, Dobnak has a 4.58 ERA, which is much better than he was providing from the bullpen, and he has gone more than five innings in each of those three starts. Given the inconsistency of the Yankees offense, he just might be able to do it again.

The Yankees infielder has not had a banner campaign, rocking a .343 on-base percentage against right-handed pitching and a .336 OBP away from Yankee Stadium. Facing Dobnak and the Twins is not the most daunting matchup but maybe not enough to like LeMahieu to reach base multiple times.

It has been a great season for the Royals catcher though his splits are not as favorable on the road (.449 slugging percentage) against right-handed pitching (.488 SLG). But he is also facing Griffin Canning of the Angels who has been more than a little vulnerable.