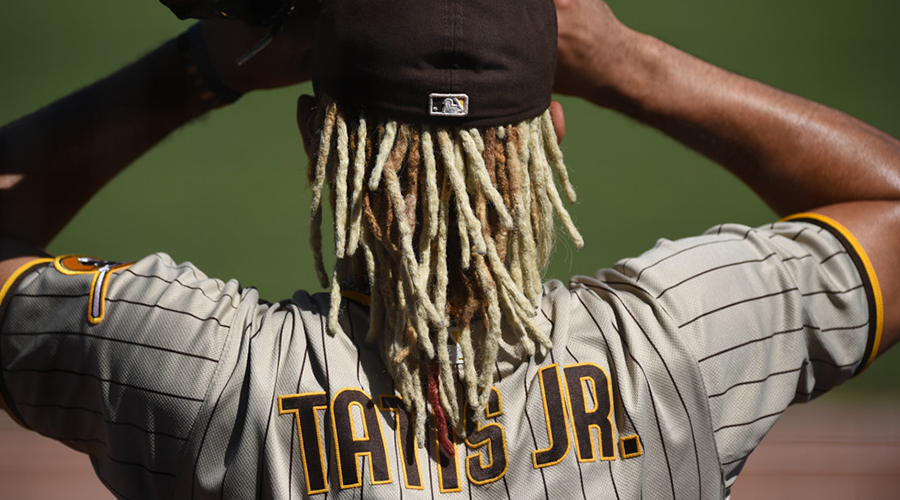 It's Friday and you know what the means on Monkey Knife Fight: it's Home Run Derby time.

Let’s go hunting some pitchers. There is naturally some luck involved in picking players to hit a home run in a specific game but that luck can be adjusted with some statistical trends, too.

Find pitchers who are prone to surrendering home runs and let that steer the decision-making process. Consider the pitcher who is likely to give up more home runs as the key to unlocking the door in the Home Run Derby contest.

Reminder: For any MKF Home Run Derby contest of $5 or more, if all three of your selections hit home runs, you share in the $5,000 prize pot.

Here are some options to keep in mind when playing MLB Home Run Derby Friday on Monkey Knife Fight.

Even if it feels like Stanton has started slowly this season, he has mashed five home runs in his past 12 games and given Skubal’s propensity for giving up home runs, this looks like a match made in deep left field.

Phillies starter Chase Anderson is no stranger to home runs and Alonso is the most prolific Mets home run hitter. Dominic Smith and Michael Conforto would be fair options to consider here, too, especially because they are left-handed hitters, but they also have combined for three home runs this season.

Maybe it’s not entirely fair to target Joe Ross because his numbers this season are inflated by one terrible start but Aguilar has also hit a home run in five of the past six games.

This has been a terrific bounce-back season for Escobar, who hit four home runs in 54 games in 2020 but he hit 35 home runs in 2019 and now has seven home runs in 23 games this season. Colorado Rockies starter Jon Gray does not have a terrible home run rate, especially for a pitcher who starts half of his games in Colorado, but Escobar has three home runs and a .913 slugging percentage in 25 plate appearances against left-handed pitchers this season.

Ohtani has been outstanding this season and has seven home runs overall while slugging for a higher percentage on the road. He faces Seattle’s Chris Flexen, who has been great in his return to the major leagues, allowing just one home run in 23 innings, but that rate might be a little too good to be true when facing an Angels lineup that has Ohtani, Mike Trout, and Anthony Rendon.

Even though San Francisco starter Logan Webb does not have an especially high home run rate, Tatis Jr. does! Since the start of last season, Tatis Jr. has hit a home run in 7.3% of his plate appearances, which ranks fourth among qualified hitters, behind only Luke Voit, Nelson Cruz, and Ronald Acuna Jr.

After Thursday's #MLB games are finished, you can enter the Home Run Derby contest on #MKF for a chance at $5,000! ⚾️ #DFS

Winners walked away with $1,875 a share last week! 💸https://t.co/0JMwj6RGYv pic.twitter.com/2fmuiCShEp