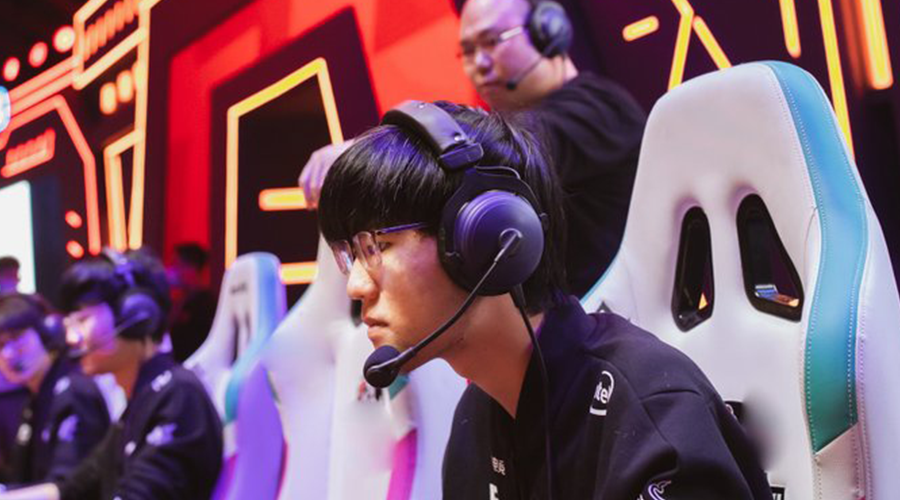 Edward Gaming and Top Esports will fight for a spot in the semi-finals of the LPL Spring Playoffs in a best-of-five encounter on Thursday morning. We break down some considerations for MKF’s More or Less markets from this solitary League of Legends matchup. 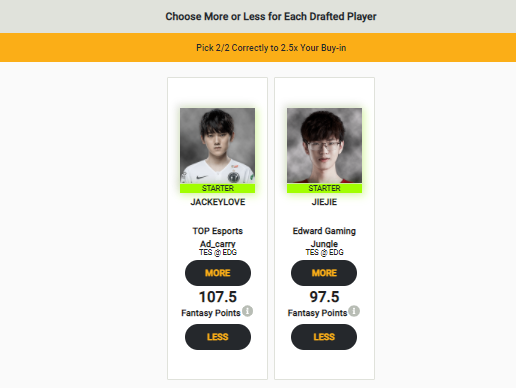 Over the last few splits, particularly towards the end of 2020’s spring split, JackeyLove has been one of the best bot laners in the world. He can often be a bit too aggressive, which lowers his fantasy output because he can accumulate too many deaths. However, a +3 for a kill is far more important than a -1 for a death.

He averaged 5.06 kills and 5.8 assists per game during the regular season of spring with a creep score of 285. For this market, that creep score multiplied by 0.02 over four maps is close to 20% of the requirement for 108 fantasy points.

Here’s a surprising stat: Jiejie had the best KDA for Edward Gaming in the regular season. That’s unusual because a jungler’s role is rather passive: to farm and flank into team fights. He finished with a KDA of 7.24 because of a death rate of just 1.42 per game. From a kill participation standpoint, he had just 2.39 kills but compensated with 7.86 assists per map.

You can see why MKF would match him up with JackeyLove for a More or Less contest but there is a massive mismatch in the level of aggression these two players employ. Jiejie’s preferred mode of operation of steady rather than flashy will likely keep him under 97 fantasy points.

Knight is coming off an outstanding regular season in the LPL. He led Top Esports, arguably the best team in China, in efficiency, with a KDA of 6.91. He had a death rate of 1.6, also the lowest in his team. His offensive production is steady with a kill participation of over 11. However, 116 fantasy points is a lot, even for Knight. You’d expect JackeyLove to lead Top in kills, and Knight to be second in command. Knight should have at least 25 fantasy points per map but his total might still end up less than 115 in total.

Scout had a terrific regular season. In fact, he was one of the reasons Edward Gaming were able to finish second in the LPL. His kill participation in the regular season was exactly 10 (3.83 kills and 6.17 assists) over a period of 36 maps. That’s not easy to do, particularly with a death rate of just 1.67. He even had a creep score of 285 per map. If this contest goes to a fourth map, then Scout should have over 100 fantasy points with his level of efficiency. Four maps in a quarter-final is more likely than it is unlikely.