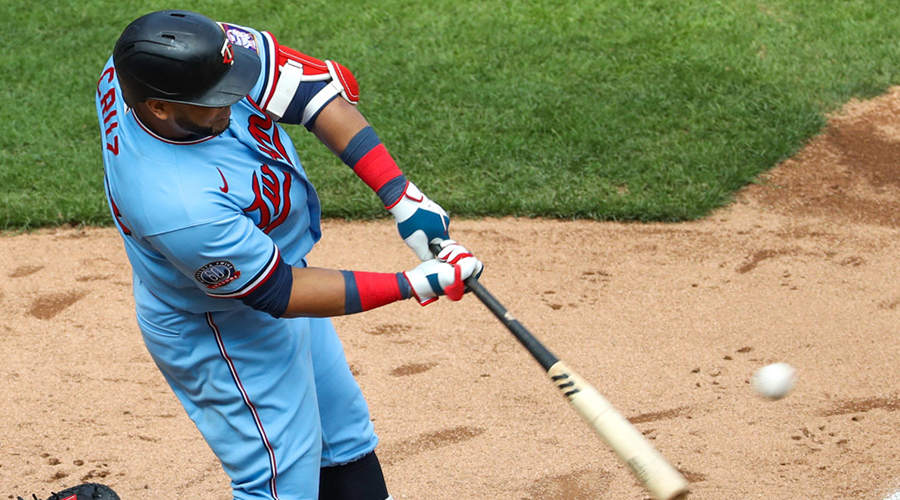 There are 11 MLB games Monday and Monkey Knife Fight has Fantasy Baseball contests to make the games even more fun.

A lot of times, I will break down Star Shootout options across multiple games but today is going to be a little different, looking at individual games and that brings out a different caliber of player. There are still stars involved but also some players – notably starting pitchers – that are definitely not stars and might offer some different paths to success.

Just a casual 6-run comeback in the 9th by the #Padres vs. the #Dodgers

Give us a 7-game series already, please. 👏 pic.twitter.com/KTtsEr16LY

Here are some Monkey Knife Fight picks to keep in mind when playing Monday’s MLB action on MKF.

This has been a miserable season for Keller so far as he has a 12.00 ERA through four starts for the Royals, getting through the fourth inning just once. Keller also does not have a high strikeout rate (6.8 K/9 this season, 6.3 K/9 for his career) but he does get the benefit of facing a Tigers lineup that is striking out on 30% of its home plate appearances, the second highest rate in MLB.

The Tigers shortstop is slugging .366 at home and .362 against right-handed pitching, which is not great but he is also going against Keller and that at least gives Castro a chance at multiple total bases, something he has managed in four of 10 home games this season.

While Merrifield is busy setting the table at the top of the Royals lineup, he is slugging .414 on the road and a modest .346 against right-handed pitching. It might be easier to count on Merrifield reaching base multiple times than accumulating multiple bases through base hits.

Cleveland’s starter was a prime candidate for regression after a breakthrough season in 2020 but then he had a couple of strong starts to open this season. However, he has allowed six earned runs in back-to-back starts, pitching just 5 2/3 innings total in those two games. Even though Minnesota’s road strikeout rate (28.2%) is higher than average and notably higher than Minnesota’s strikeout rate at home, it is not easy to trust Plesac for six or more strikeouts.

The Twins ace has been effective early in the 2021 season but he has been really exceptional when it comes to strikeouts, with 12.9 strikeouts per nine innings, easily the highest rate of his career. Cleveland has a 25.0% strikeout rate at home, which is higher than average, and that should play into Berrios’ ability to miss bats.

Minnesota’s ageless home run hitter is slugging .756 against right-handed pitching and .871 on the road this season. Small samples but still reasonable to think he can get a couple of bases.

Atlanta’s veteran right-hander is putting up 10.6 strikeouts per nine this season, consistent with his strikeout rate for the past five seasons. He faces a Chicago Cubs lineup that is striking out 29.5% of the time on the road this season, the highest rate in the National League so even if seven strikeouts is a pretty big ask, this seems like a matchup in which Morton can get there.

The Cubs starter has been getting walloped this season, posting an 8.80 ERA and 2.09 WHIP through four starts. His strikeout rate has also dropped off from last season, down to 5.9 K/9. It might be a positive to be going against a Braves team that was shut out in both ends of a double-header against Arizona Sunday but the Braves tend to make contact – their 22.9% home strikeout rate is lower than league average.

Back from injury on the weekend, Acuna Jr. struggled through a 0-for-8 weekend at the plate but he is still averaging 6.2 MKF fantasy points per home game this season.

While the Oakland lefty is not overpowering, he is coming off back-to-back games with seven strikeouts and faces a Tampa Bay Rays lineup that has a high home strikeout rate (29.4%).

If there’s one thing that the Rays third baseman can do, it is get on base. In nine home games this season, Diaz has 18 his plus walks and has a .500 on-base percentage. With a left-handed starter on the mound, that should give Diaz an edge in this matchup.

This matchup plays into Arozarena’s strengths. He has slugged at a higher rate at home (.475) and against left-handed pitching (.577) and that does put him in position to pick up a couple of bases against Oakland.

Since striking out two in three innings in his first start for the Rockies, Gomber has whiffed 18 in 18 1/3 in his past three starts. That should play effectively against a San Francisco Giants lineup that strikes out 23.2% of the time at home, which is right around league average.

Rebounding nicely after a disappointing 2020 season, DeSclafani has 9.0 strikeouts per nine innings this season and is matchup against a Rockies lineup that has a road strikeout rate of 28.8%, fifth highest in MLB.

The Rockies shortstop is slugging just .368 away from Coors Field this season and given how well DeSclafani has pitched early in the season, this might not be a matchup that works in his favor.

After a breakout season in 2020, Mahle has continued to miss bats in 2021, with a strikeout rate of 13.5 strikeouts per nine innings and with the Dodgers striking out 24.3% of the time at home – just a hair better than MLB average – Mahle should continue his high strikeout rate.

While Urias had an outstanding performance in his last start, striking out 11 in seven shutout innings against Seattle, he has recorded seven or more strikeouts once in four starts this season and did not do it in any of his 10 starts last season.

This is not exactly prime Joey Votto, with a .286 on-base percentage this season, and just .189 on the road, so it is not reasonable to expect him to reach base twice, especially going against a left-handed starting pitcher in Urias.