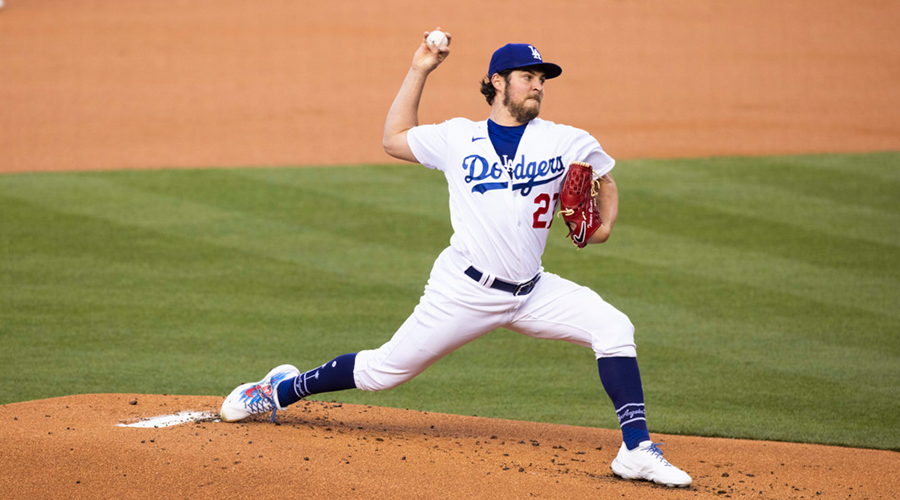 Thursday brings afternoon baseball, plus a double-header, as part of a nine-game MLB schedule and Monkey Knife Fight has Fantasy Baseball contests all day to add to the excitement.

The prime pitching matchup may occur in the afternoon game between the Philadelphia Phillies and St. Louis Cardinals, with Aaron Nola taking on Kwang Hyun Kim.

In other games, Carlos Rodon starts the first game of the double-header for the Chicago White Sox against the Detroit Tigers and Trevor Bauer starts for the Los Angeles Dodgers in Milwaukee. Otherwise, there are a lot of starting pitchers that could be vulnerable.

Here is some Monkey Knife Fight picks options to keep in mind when playing Thursday’s MLB action on MKF.

(MKF's Fantasy Points breakdown for the MLB can be found here)

The Yankees left-handed starter has picked up at least five strikeouts in three of four starts this season and faces a Baltimore lineup with an average strikeout rate (24.0%) at home but the Orioles do tend to strike out at a higher rate (27.1%) against left-handed pitchers.

While Mancini has oddly struggled against left-handed pitching this season, slugging .364, he is slugging .468 at home and that may be enough to push him towards multiple total bases, a threshold he has reached in seven of 13 home games.

While Judge is devastating against left-handed pitching, the Orioles do have righty Jorge Lopez on the mound. That might not be a real advantage for Baltimore, though, since Lopez has allowed six home runs in 17 2/3 innings and Judge is slugging .542 on the road.

Rodon has been an entirely new pitcher in 2021. He has added 2.1 MPH on his fastball compared to last season and 3.5 MPH compared to 2019 and it has helped him to 24 strikeouts in his first three starts. Detroit has the highest strikeout rate (34.2%) against left-handed pitchers combined with the sixth highest road strikeout rate (27.7%) so Rodon should continue to miss bats in Game 1 of their Thursday double-header.

We are dealing in very small samples but the reigning American League MVP is slugging just .379 against right-handed pitching and, worse, just .278 at home. Maybe Mize is the pitcher that helps Abreu get out of that early home slump but it’s a bit risky picking this game to change his outcomes.

Cabrera has missed some time with an injury so has only played 10 games this season but he has a meagre .275 on-base percentage in those 10 games so it is asking a lot of him to reach base twice, especially against a pitcher who has been as good as Rodon.

The Dodgers rightfielder is not off to a great start, with a .774 OPS and 3.1 MKF fantasy points per game, but the Brewers are going with Eric Lauer on the mound, a left-hander with a 4.75 ERA and 1.50 WHIP in his career.

Even with a bit of a recent slump, the Dodgers shortstop has a .489 slugging percentage on the road and a .514 slugging percentage against left-handed pitchers. Going against Lauer, who is probably not an average major league pitcher, makes it even more likely that Seager can accumulate at least two bases.

Although Wong has missed some games, he does have a .438 on-base percentage in 13 games and has reached base multiple times in seven of his 12 starts. Still, Bauer is a formidable opponent so reaching base twice is not going to come easily.