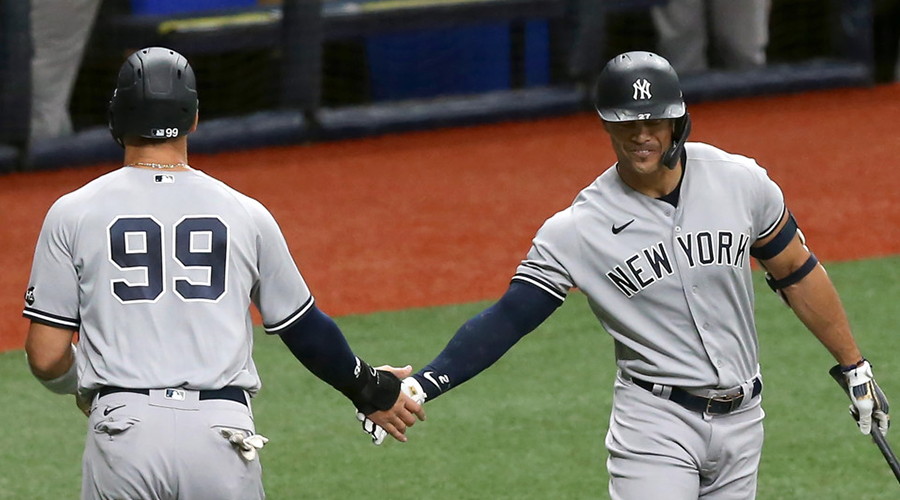 Baseball brings a busy schedule on Wednesday with a lot of afternoon action and Monkey Knife Fight is there with Fantasy Baseball contests for every game to make it even more fun.

It is still very early in the 2021 season, too early to make statistical determinations, but it is at least worth comparing pitcher expectations to their opening day results, especially if they were a little different than the 2020 season.

Here are some Monkey Knife Fight picks from a Star Shootout angle to keep in mind when playing Wednesday’s MLB action on MKF.

Even though he was not overwhelming and dominant in his first start of the season, allowing three runs in six innings against the Tigers, Bieber still struck out 12. The Kansas City Royals don’t have the most imposing lineup but they are making decent contact – their 21.2% strikeout rate ranks seventh lowest in the early going. Still, if Bieber can hand 12 Ks on the Tigers right out of the gate, it is not unreasonable to think he can deliver nine against Kansas City.

Toronto’s ace starter had five strikeouts in 5 1/3 innings of his first start. He is not a huge strikeout pitcher so counting on at least six strikeouts may require him to go deeper into today’s game against Texas and that may not be the most likely outcome for a pitcher who seems to have a pretty hard out at 100 pitches – August 2019 was the last time that he threw more than 100 pitches in a start and he threw exactly 100 in his final start last season.

The Tigers starter was surprisingly effective in the opener and still only struck out two in 5 2/3 innings against Cleveland. He faces a Minnesota lineup that has a high strikeout rate (29.1%) early in the season but is formidable enough to do some damage.

Even though he only went three innings in the opener, the Cubs ace has generally been a consistent performer. Last season, he went at least 5 2/3 innings (recording at least 17 outs) in 10 of his 12 starts. Can he do that against Milwaukee, a team hitting .161 early in this season? Seems like a reasonable expectation.

Despite pitching just 4 1/3 innings in the first game of the season, Minnesota’s staff ace was good for at least six innings in eight of 11 starts last season. He takes on a Detroit Tigers team that has been mediocre offensively early in the 2021 season but that’s not enough reason to expect them to get to Maeda, who was runner-up in AL Cy Young voting last season.

Last season’s postseason star is off to a modest start this season, with five total bases through four games. Maybe he busts out today at Boston, who has Nathan Eovaldi on the mound, but expecting more than 2.5 fantasy points is a bit optimistic.

Ramirez is one of the best hitters in baseball but has not done a lot for Cleveland early in the season while Buxton is the oft-injured tantalizing talent for the Minnesota Twins and Buxton is crushing the ball early, with three home runs in the first four games. With Buxton that hot, he is a lively underdog today.

The Orioles lefty was terrific in the first game of the season, striking out five in seven shutout innings against Boston, but he also struck out five or more in just three of 10 starts last season and that could mean trouble for him at Yankee Stadium.

Acquired from the Pittsburgh Pirates in the offseason, Taillon has not pitched in the major leagues since May 2019. In seven starts that season, he had five or more strikeouts just three times so, combined with the long layoff since his last start, it might make sense to have conservative expectations for his first start in Yankee pinstripes.

The Orioles slugger is a fantastic story, making his return after missing last season to recover from colon cancer, but Mancini has reached base five times in five games to start the season, so expecting him to reach multiple times is asking a lot.

Both the Orioles outfielder and Yankees shortstop have struggled early in the season so the play here is to take an underdog who is getting an extra half base.