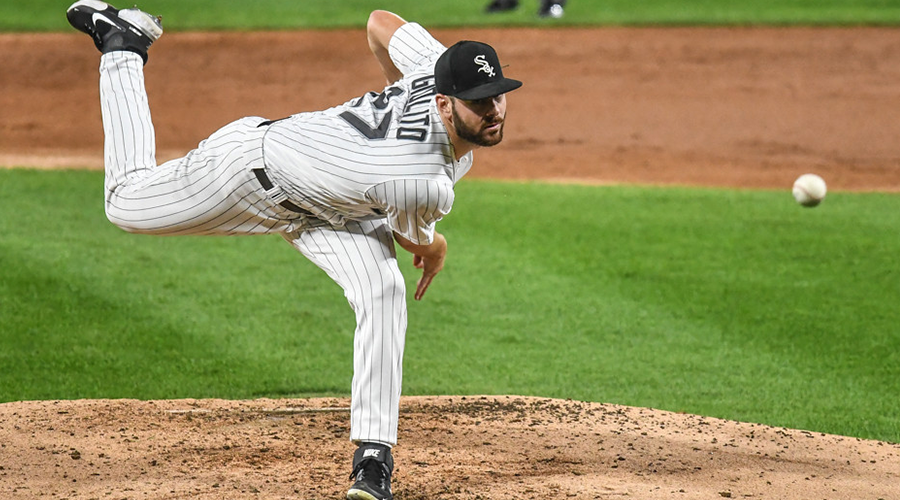 Tuesday brings a full slate of games in Major League Baseball and Monkey Knife Fight has Fantasy Baseball contests for all, meaning lots of chances to play and win!

Gerrit Cole LESS THAN 7.5 STRIKEOUTS
The Yankees ace has been great this season but he is not as overpowering lately, with seven or fewer strikeouts in five of his past six starts, and with concern about how much his pitches have been affected by sticky substances, it might be wise to be skeptical of Cole while the league cracks down, especially against a Kansas City Royals lineup with a lower-than-average road strikeout rate (23.6%).

In his past six starts, the White Sox ace has recorded at least eight strikeouts four times and put up eight strikeouts or more in four of his six road starts. Going against a Pittsburgh Pirates lineup with a decent home strikeout rate (23.0%) is still a good chance for Giolito to rack up Ks.

Detroit’s second-year southpaw has started to hit his stride and has at least seven strikeouts in five of his past six starts. He goes against a St. Louis Cardinals lineup with an average road strikeout rate (24.1%).

Atlanta’s star first baseman has a .381 on-base percentage against right-handed pitching, though a more modest .344 OBP on the road going into Tuesday’s matchup with Marcus Stroman of the New York Mets. Freeman has reached base multiple times in nine of 20 games this month and since Stroman has been better than the average pitcher, this might be too much to ask.

As great as Peralta has been for the Brewers this season, he has managed more than seven strikeouts once in his past five starts and is taking on an Arizona Diamondbacks lineup that, for as much as they have struggled, does tend to make contact, with a lower-than-average home strikeout rate (22.8%).

Consistency can be elusive for the Angels lefty but Heaney does have at least six strikeouts in each of his past three starts and has the benefit of facing a San Francisco Giants lineup with a relatively high road strikeout rate (26.5%).

Rocking a .421 on-base percentage against right-handed pitching, the Angels first baseman has a .357 OBP at home and has a tough matchup against San Francisco’s Anthony DeSclafani, who has been excellent this season but even better on the road.

While the Padres left-handed starter has recorded at least seven strikeouts in seven of 14 starts this season, he has hit that mark just once in the past four starts. He is facing a Los Angeles Dodgers lineup with the fourth lowest road strikeout rate (21.8%) in MLB.

Even if this has not been a vintage Mookie Betts season, the Dodgers outfielder does have a .357 on-base percentage against left-handed pitchers with a .385 OBP on the road going into Tuesday’s game at San Diego, with the Padres sending Blake Snell to the bump.

While the Giants infielder has hits in nine straight games, he has multiple total bases in just three of those games – Sunday’s four-hit, 2-HR effort stands out – so it’s not easy to count on multiple total bases when he is slugging .377 against left-handed pitchers and .393 on the road.