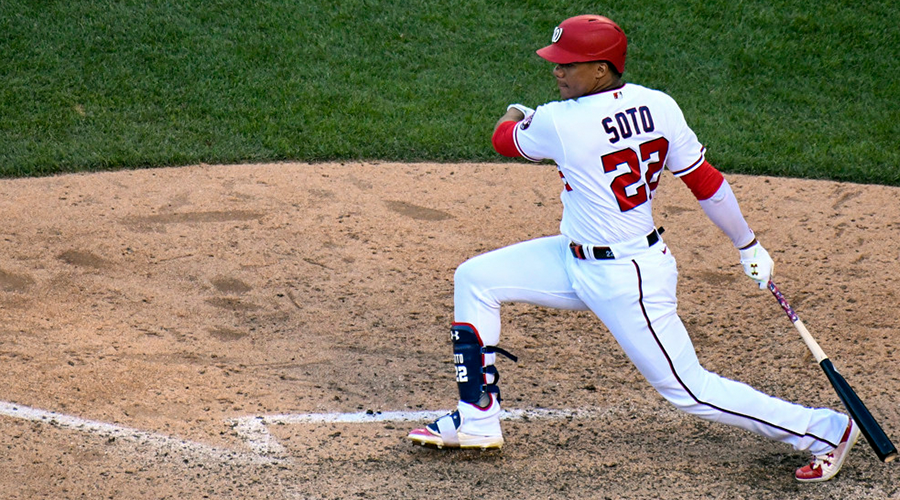 Thursday is getaway day in Major League Baseball so there are 10 games, including a couple in the afternoon, but Monkey Knife Fight has Fantasy Baseball contests for all of them, giving you many chances to play and win!

Here are some Monkey Knife Fight picks to consider for Thursday’s MLB schedule.

Turning into a star for the Astros, the 24-year-old rookie right-hander has at least seven strikeouts in six of his last nine starts and does have the benefit of going against a Detroit Tigers lineup that has the sixth highest home strikeout rate (25.9%) In MLB.

After some early success with the Red Sox, Pivetta has been getting hit hard more recently, posting a 5.97 ERA in his past six starts. He can still miss bats, though, and does have the advantage of taking on a Tampa Bay Rays lineup that has the highest home strikeout rate (28.1%) in MLB.

The Twins ace has been solid this season and this number is achievable. Berrios has at least six strikeouts in six of his last seven starts and a matchup against the Cleveland Indians is not overly challenging.

Ross has improved his performance lately and that includes at least five strikeouts three of his past four starts and he goes against a Miami Marlins lineup that has a higher-than-average home strikeout rate (25.2%).

Even if this has not been an ideal season for Soto, he can get on base and has favorable splits for Thursday. He has a .440 on-base percentage against right-handed pitchers and a .427 OBP on the road going into a game against Marlins rookie Cody Poteet.

Although the Rays second baseman does not hit for average, that’s not as big an issue in this category. Lowe is slugging .509 against right-handed pitching and .362 at home going into Thursday’s matchup against Nick Pivetta and the Boston Red Sox.

Counting on multiple runs and RBI is optimistic, as Arenado has 37 runs plus RBI in 33 home games this season but going against the Pittsburgh Pirates with Chad Kuhl on the bump is worth a shot.

Although Cruz’s splits are not ideal for Thursday, he is still slugging .507 against right-handed pitching and .526 at home going into a matchup against Jean-Carlos Mejia and the Cleveland Indians.

While Arraez does not have much power he can get on base, with a .374 on-base percentage against right-handers and a .355 OBP at home going into Thursday’s matchup against Cleveland.

This has not been an ideal season for the Cardinals first baseman and, even with a favorable matchup against Chad Kuhl and the Pittsburgh Pirates, it is difficult to count on Goldschmidt reaching base multiple times considering that he has a .301 on-base percentage at home and .311 OBP against right-handed pitchers.