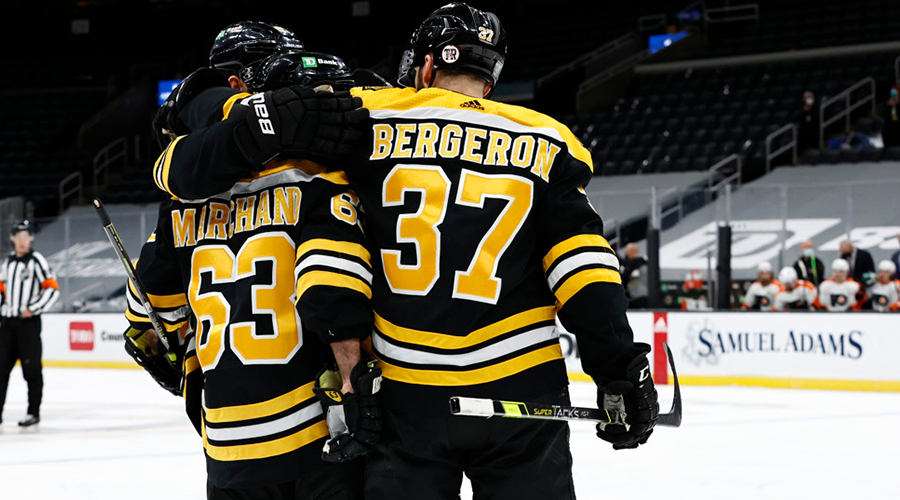 Tuesday night brings a six-game NHL schedule to the ice. Monkey Knife Fight offers Fantasy Hockey contests for all of them to make the games even more exciting.

Buffalo’s netminder has been a bright light in an awfully dark season in Western New York, posting a 9-6-3 record with a .917 save percentage for the team that is six points behind Ottawa for 30th place in league standings. Ullmark is averaging 28.8 saves per 60 minutes on the road and goes up against a Boston lineup that has had trouble generating offense but is going to have former Sabres winger Taylor Hall in the lineup. Even while the Bruins have struggled to score at times this season, they are putting 30.7 shots on goal per 60 minutes on home ice and that is better than league average.

Washingtons’s goaltender missed a good chunk of the season so he has only appeared in 14 games, and just five on home ice. In those five games, though, he has 22.5 saves per 60 minutes which steers this towards a lower number when coupled with the fact that the Flyers are getting a below-average rate of 28.4 shots per 60 minutes on the road this season.

Fox has been held off the scoresheet in back-to-back games against the Islanders but may find a matchup against the New Jersey Devils a little more to his liking. Fox is not a big shot generator so he tends to need goals and assists if he is going to get to six or more MKF fantasy points. While he is averaging 5.5 MKF fantasy points per game on the road this season, he has also surpassed that number in each of his three games against the Devils.

Although Marchand’s average production on home ice this season leads him to a little under 5.4 MKF fantasy points per game, he is going against the Buffalo Sabres, a team that is not quite average. Okay, they are the worst, so lean towards Marchand in this one.

The Rangers star winger has 12 assists in 16 road games this season, picking up those helpers in nine of the 16 games. He has only played the Devils once this season, recording two assists in the game. Might as well side with the high-end talent going against a lesser team and let the chips fall where they may.

This is the second game of a back-to-back situation for the Maple Leafs, so maybe that slows Matthews down a little but he is pretty much unstoppable on home ice, averaging 5.3 shots plus blocks per game in Toronto this season. In four previous home games against the Flames this season, Matthews has counted 20 shots plus blocks, an average of five per game, which is just what he needs to hit the over in this contest.