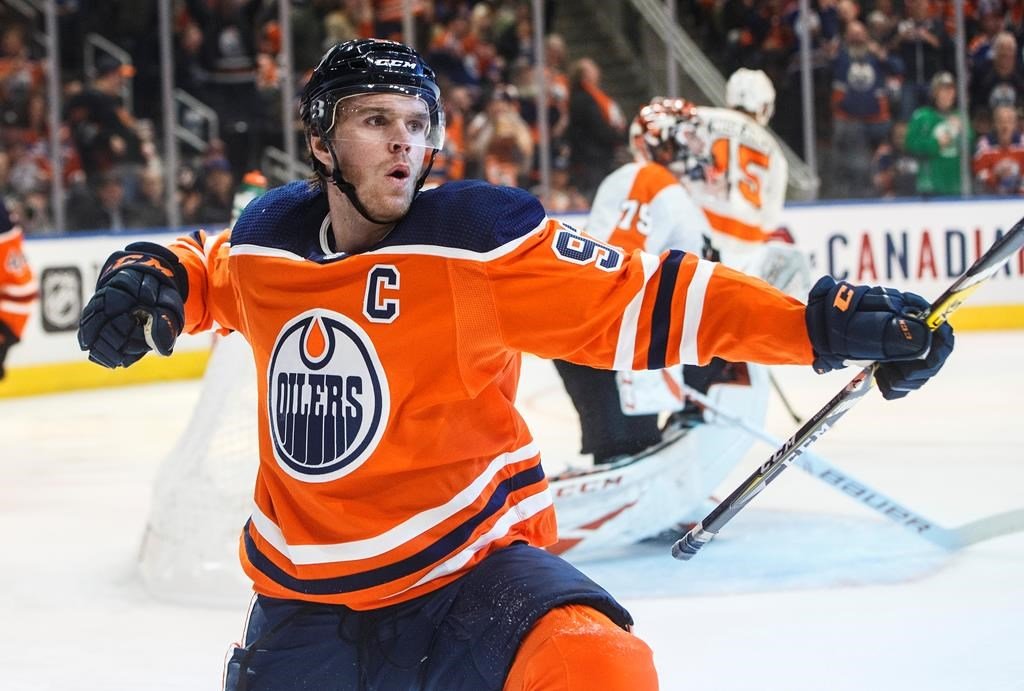 Hockey starts early on Saturday and Monkey Knife Fight has contests for all 11 games on the NHL schedule, meaning lots of opportunities to play and win.

There are four games on the schedule that involve playoff teams on both sides.

Winnipeg’s star netminder has been playing at an elite level again this season though the Jets do not give him as much work on home ice and he has been more effective on the road this season. Nevertheless, he has averaged 26.5 saves per 60 minutes on home ice and goes up against an Edmonton Oilers squad that is among the worst at generating shots – 27.6 shots per 60 minutes on the road ranks 28th in the league so if the Oilers are not even generating shots, it could be tough for Hellebuyck to get to 30-plus saves.

The favorite to win the Vezina Trophy as the league’s top goaltender this season, Vasilevskiy has a .946 save percentage on home ice this season, which is ridiculous, but because the Lightning are such a good team he is still averaging 26.4 saves per 60 minutes on home ice. The Florida Panthers do generate shots, 30.9 shots per 60 minutes on the road ranks fifth in the league and that might be enough to nudge Vasilevskiy towards the higher number.

After a mediocre start to the season, the Penguins superstar is in fine form once again and is averaging 5.9 MKF fantasy points per road game. He takes that to Buffalo where the Sabres might be playing a little better recently, but they are still a bottom-dwelling team that, because of injuries, is down to its third-string goaltender. Oh, and they moved out some notable talent at the trade deadline, too.

While Connor has been very productive this season, putting up a nice 6.9 MKF fantasy points per home game, he has had trouble against Edmonton, specifically, with one goal and three assists in six games against the Oilers. He has no points and a total of four shots on goal in two home games against the Oilers but those games were also very early in the season.

This may be getting lost a little bit because Panarin had to take a leave from the team for a while this season but he is absolutely wrecking teams that come to Madison Square Garden. In 15 home games this year, Panarin has 10 goals and 19 assists. What is wild is that he has accumulated those 19 assists in nine games. He has three assists in three games against the Devils this season as the Blueshirts begin a series against a New Jersey team that has a lot of players trying out for spots on next season’s team.

Early in the season, Hamilton was not generating shots at an elite level but he is back on that track now and in 22 home games this season has 111 shots plus blocks, just over 5.0 per game. The Hurricanes are hosting the Nashville Predators a team that is around league average in terms of shot rate allowed on the road so ride on with Dougie.

It is really hard to pick against McDavid at the best of times but given his production against Winnipeg this season even Ovi has to be an underdog. Ovechkin does have nine points in five games against Philadelphia but McDavid has put up 13 points and 28 shots on goal in six games.

Ehlers has had an outstanding season for the Jets, though he has been more productive on the road. He does have eight points in six games against the Oilers. While Kane generates more shots on goal on the road, he scores more on home ice so his advantage should come because Chicago is playing at Detroit. Kane has eight points in seven games against the Red Wings this season and is coming off a brutal performance in Thursday’s loss, finishing with no points, one shot on goal, and a minus-4 rating.