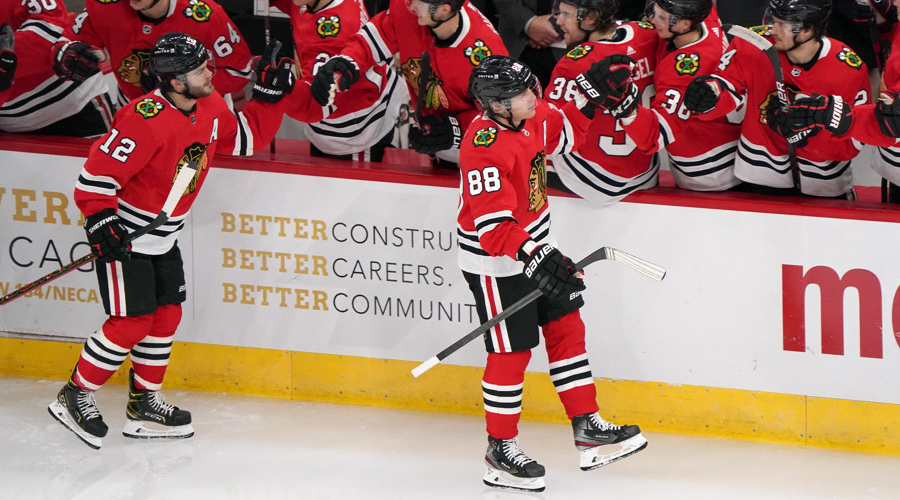 The NHL Trade Deadline is Monday and the league still has a busy schedule with eight games on the docket. Monkey Knife Fight is there with Fantasy Hockey contests for every game to add to the excitement.

The Avalanche star has recorded 16 assists in 19 home games though he has picked up those assists in nine of those 19 games. With the Avalanche hosting the Arizona Coyotes, a team which MacKinnon has six assists in six games against this season and who are using third string netminder Adin Hill, MacKinnon should be able to get on the board with at least one helper.

The league’s leading goal scorer has 31 goals in 38 games but is more dangerous on home ice. On the road, he has 11 goals in 17 games and has scored those 11 goals in nine games. Combined with the fact that he has scored at least one goal two of five games against the Montreal Canadiens this season and it looks like something of a toss-up. In that case, just take note that Matthews has scored a goal in seven of the past eight games overall and the Canadiens are playing slumping backup goaltender Jake Allen, who has a .889 save percentage in his past seven starts.

The Jets netminder has been coming on strong after a mediocre start to the season. Now he’s back playing like a Vezina candidate and has averaged 30.6 save per 60 minutes on the road this season, finishing with at least 31 saves in nine of 17 games. He is up against an Ottawa Senators team that, for all of its flaws, is averaging 32.0 shots per 60 minutes, which is higher than league average yet with the Sens already dealing puck-moving defenseman Mike Reilly and potentially more before the deadline, Ottawa may not be at their shot launching best for Monday’s game.

Although the Sharks goaltender has had a brief period of improvement in the past few weeks, and he is averaging 29.7 saves per 60 minutes on home ice this season, Jones is also facing an Anaheim Ducks team that has a hard time generating shots – their rate of 26.0 shots per 60 minutes on the road this season is the second lowest rate in the league – and that in itself could make it tough for Jones to get to this number.

Colorado’s free-wheeling blueliner has 15 assists in 16 home games, though he has those 15 assists in nine games. However, Makar is going against the Arizona Coyotes who are down to their third and fourth string goaltender at this point.

Kane got off to a mediocre start this season but has tallied 25 points in his past 25 games and is averaging just over six MKF fantasy points per home game. Taking on an Anaheim team that has a middling defensive record should not slow him down.

Even though Kane is much more productive on home ice, he is still good for better than 5.8 MKF fantasy points on the road this season and is facing a Columbus Blue Jackets team that has just traded its top defensive defensemen, David Savard, and its best checking forward, Nick Foligno.

As brilliant as Marner has been while riding shotgun alongside Auston Matthews, he is much more productive on home ice. Even so, he has put up 5.8 MKF fantasy points per road game and takes on a Montreal Canadiens team that has some vulnerability defensively. Pacioretty has also been better on home ice and has still managed to put up 6.4 MKF fantasy points per road game. This is a close call and with Marner and Matthews riding a wave right now, stick with Marner getting an extra half fantasy point in this matchup.