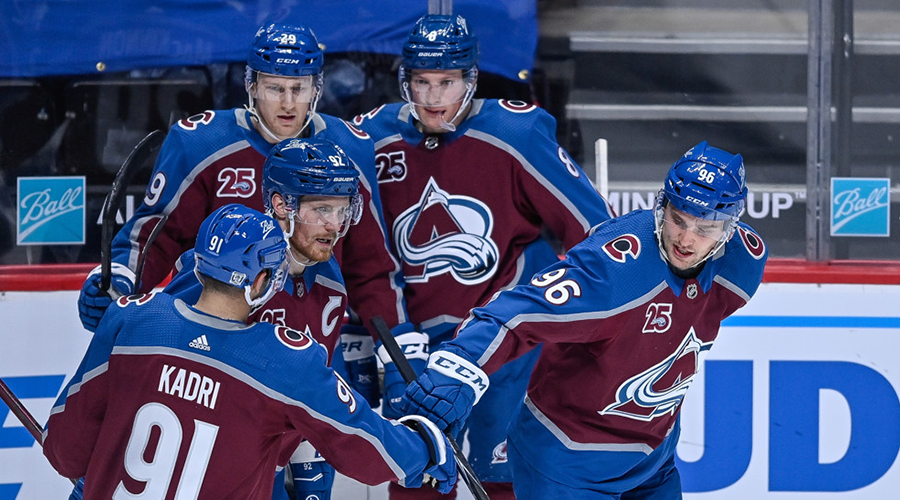 Wednesday offers up five games in the National Hockey League and Monkey Knife Fight is there with Fantasy Hockey contests for all of them to make the game even more exciting.

Here are some Monkey Knife Fight picks from a Star Shootout angle to consider when playing Wednesday’s NHL action on MKF.

The Wild netminder is having a fantastic season. He has a .924 save percentage in 20 games overall, and .942 save percentage in nine home games. He missed some time due to injury but has since returned and firmly claimed his spot as the No. 1 goaltender. He has also played four games against the Colorado Avalanche, during which he has just a .898 save percentage and yet is averaging 33.0 saves per game because the Avalanche are the premier shot-generating squad in the league. On the road, the Avs are averaging 31.8 shots per 60 minutes, but all of their shot rates have been climbing so that probably undersells where they are currently.

The Blues netminder has really hit a downward slide and is currently sitting on a .902 save percentage in 14 home games, an average of 25.8 saves per 60 minutes on home ice. He does face a Vegas Golden Knights squad that is averaging 29.6 shots per 60 minutes on the road, and that makes the margin awfully slim for Binnington to record at least 28 saves.

Colorado’s top line winger has been productive on the road, with 10 goals and 10 assists in 15 games. Coupled with 51 shots on goal and seven blocked shots, Rantanen is producing 7.2 fantasy points per road game. Minnesota is a good team that is strong defensively but holding Colorado’s top line in check has been a tall order for any team lately.

Marner is creative and consistent on Toronto’s top line, averaging 6.6 fantasy points per home game on the strength of 26 points in 20 games. Taking on a Montreal Canadiens team that is missing goaltender Carey Price (not to mention feisty winger Brendan Gallagher) does seem like a good opportunity for Marner to keep producing at a high level.

The Oilers blueliner has really had an offensive breakthrough this season with 13 goals in 39 games and that improved scoring does make him an even more dangerous fantasy performer. He has contributed 6.2 fantasy points per game on the road this season and while that is great, it might be a tad unsustainable.

Matthews is putting up ridiculous numbers on home ice this season, starting with 16 goals and 83 shots on goal in 19 games. All told, he is averaging 8.9 fantasy points per home game. MacKinnon has been on a tear since returning from injury and is putting up 7.4 fantasy points per road game. As great as that is, Matthews on home ice is still worthy of being the favorite.

As incredible as McDavid has been this season, Draisaitl is actually outscoring him in 18 road games, 24 to 22 points. That’s not enough to like Draisaitl as the favorite but, as the underdog getting a half point, it does make Draisaitl the more appealing side.

As well as Campbell has played this season, he has not played a lot and is averaging a little under 26 saves per 60 minutes. Koskinen tends to face more rubber and is putting up nearly 29 saves per 60 minutes on the road, despite having a .898 save percentage.