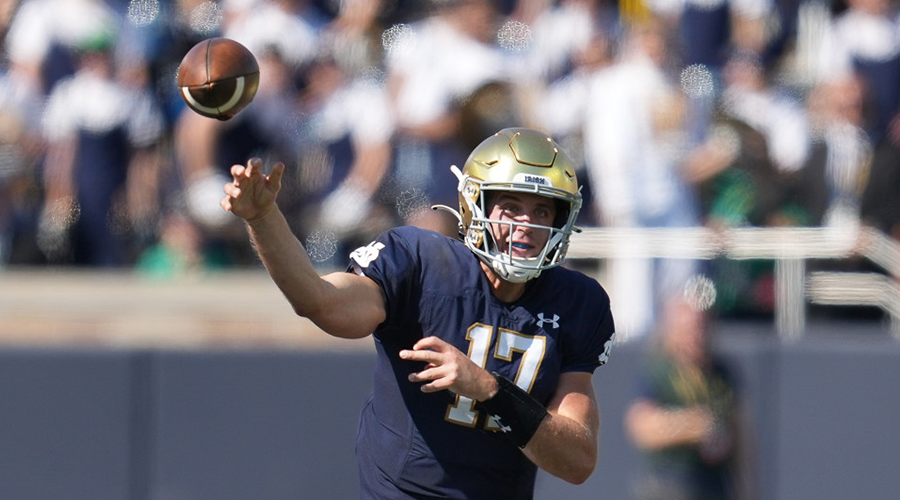 Another weekend packed with enticing College Football matchups, which means another weekend to play the easiest and most fun DFS site on the planet: Monkey Knife Fight. Headlined by Notre Dame and Wisconsin at Soldier Field in Chicago, Week 4 of the CFB season boasts a few Top 25 matchups and some lowkey exciting games on the slate.

Contests and lines offered may change up until the start of the event.