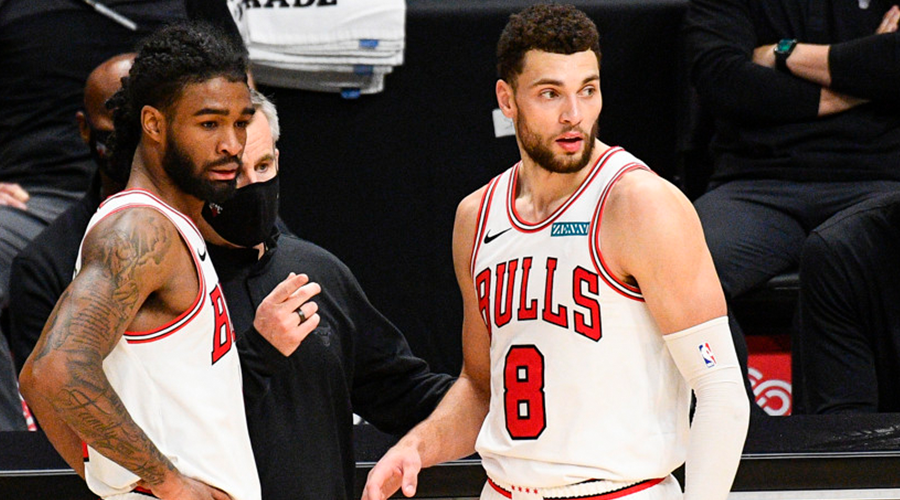 Happy Friday, you MKFers! There’s nine games on the NBA slate featuring some up and coming superstars taking to the hardwood.

The Celtics battle the Atlanta Hawks in an Eastern Conference matchup; Zach Lavine and the Bulls welcome the 76ers into the Windy City!  Chicago has won two straight games; The Pelicans square off with the Suns in a tilt between two of the most exciting teams in the league.

The Celtics will have their handful with the Hawks superstar guard. Trae Young dropped 40 points in his last game against the Celtics and he tallied four three pointers. He’s averaging 26.5 points and has scored more than 26 or more points in 14 contests this season. Young’s season high for three balls this season is eight.

The Bulls guard has been awesome the past two games and has tallied at least 30 points in those contests. He has knocked down at least four three balls in as many games and that includes a tilt where he cashed 9 three-pointers. Lavine has dropped 45 and 46 points this year, so the 25-year-old star could go off against a Sixers team that is allowing 111.7 points per game.

The Duke product is recording 6.8 boards a game and has been a monster on the glass.  He has grabbed more seven or more rebounds in 14 games this season and his season for boards is 14. The Pelicans are grabbing 54.7 rebounds a contest and that is third best in the NBA. This prime time matchup will bring out the best in Zion Williamson.