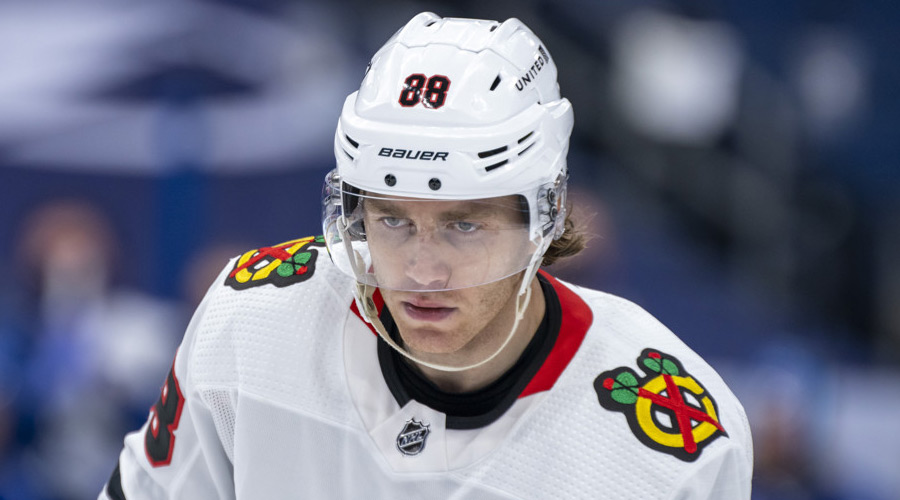 Only four games in tonight's NHL slate, but there are some dynamic superstars on the ice.

Patrick Kane and the Blackhawks battle the Hurricanes, with Chicago having won their last three. Connor McDavid just reached 500 points, as the Flames and Oilers square off in the Battle of Alberta. Meanwhile, the Jets visit the Canucks – the first time these two teams have faced each other this year.

The Blackhawks best player has been dominant this season. He has tallied seven goals and 16 helpers in 18 games. Kane has produced one goal and five helpers in the last four games. Kane is on the No.1 powerplay unit and has contributed two goals and five assists with the man-advantage.

Opposing teams have had trouble stopping the Hurricanes center lately. He has scored in two straight games and has fired at least 15 shots on net in the last four contests. Aho has tallied at least two points in four games this season.

The Flames were embarrassed last game so they’ll be motivated to shutdown their provincial rival. He was a -2 in the Oilers’ lone matchup against Calgary this season. Barrie has been held pointless in eight games this year and is a career -7 against the Flames.

Johnny Gaudreau has been great this season and has potted four goals on the powerplay. He has collected two goals and one assist in the last four games. Gaudreau has produced 11 goals and 10 assists in 28 career games agains the Oilers. #13 tallied one goal and a helper in his last matchup with the Oilers.

Connor Hellebuyck has been forced to stop a-ton of pucks and he has stepped up to the challenge. The Jets netminder has made more than 25.5 saves in five-straight games. The Canucks are averaging 31.6 shots on goal and has tallied 66 shots in the last three games.

The Canucks’ d-man has been awesome this year and has 18 assists this season which is best among defenseman. He quarterbacks their top powerplay unit and has recorded 10 helpers with the man-advantage. Hughes has five multi-assist game this season and is on a two-game point streak.