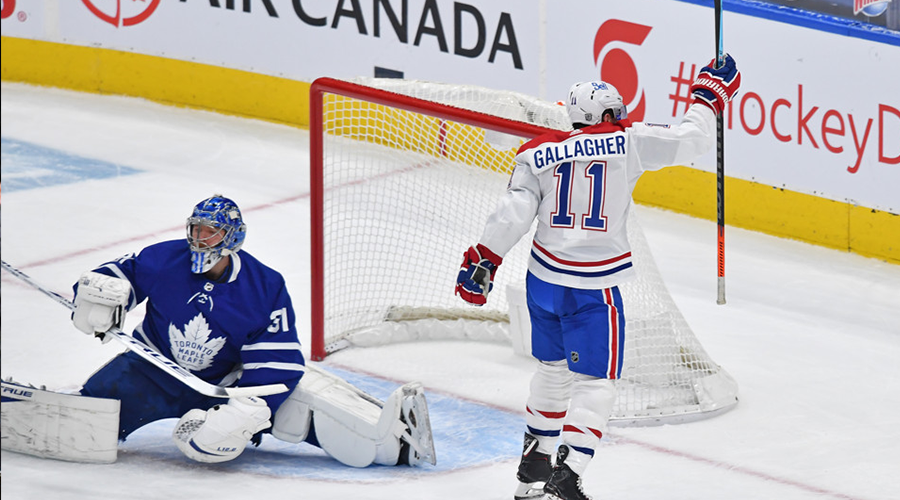 Saturday’s NHL schedule is a busy one, with a dozen games on the docket, and Monkey Knife Fight has contests available for all of them, from start to finish.

The first pucks drop at 12:35 pm ET as the Buffalo Sabres visit the New Jersey Devils and the Washington Capitals host the New York Rangers.

That leads to the main attraction of the day with the Colorado Avalanche and Vegas Golden Knights hooking up for a picturesque Winter Classic in Lake Tahoe at 3:05 pm ET.

The schedule finishes up with the Battle of Alberta resuming hostilities between the Calgary Flames and Edmonton Oilers.

It should be a great day of hockey so here are some angles to consider for Saturday’s NHL action on Monkey Knife Fight.

Colorado’s star center has 12 assists in 12 games, picking up a helper in eight of those contests. However, in two games against the Golden Knights already this season, he has failed to record any assists. While that might seem like a negative, those were the first back-to-back games this season that MacKinnon was held without an assist. Expecting it to happen in three straight games could be a stretch.

In his first season with the Golden Knights, Pietrangelo has 30 shots on goal and 29 blocked shots in 11 games, an average of 5.4 shots plus blocks per game. He has recorded six shots plus blocks in both of the games that he has played against Colorado this season.

Both generate more than four shots on goal per game but MacKinnon gets the edge because he has a higher ceiling. Since the start of last season, he is averaging 1.33 points per game while Pacioretty has 0.93 points per game.

The Wild part of this matchup is that Martinez is such a valuable fantasy option because he has blocked 50 shots in 14 games. He also has eight assists in 14 games but the blocked shots make the difference, especially because Rantanen has 11 points in 13 games.

While Toews also blocks a lot of shots (26 in 10 games), it is difficult to discount Stone’s scoring advantage as the Golden Knights winger has 16 points in 14 games, despite being held without a point or a shot on goal in the past two games against Colorado.

The Maple Leafs netminder is averaging just 25.5 saves per 60 minutes this season so it is a big ask for him to record at least 28 but he is facing a Montreal Canadiens squad that leads the league with 33.8 shots on goal per 60 minutes. Andersen has registered at least 28 saves in just four of 15 starts but two of those starts have been against Montreal.

The Blues goaltender has saved 26.8 shots per 60 minutes this season and with Colton Parayko out of the lineup the Blues aren’t really in a position to stifle a San Jose Sharks team that has been slightly above average in terms of shot generation. That’s enough reason to like Binnington for at least 25 saves.

It has been a banner season for Kopitar to this point, and he has put up 15 assists in 15 games, picking up a helper in 10 of those 15 contests. Going against an Arizona Coyotes team that is slightly better than average defensively still leaves the edge with Kopitar.

While Gallagher is a consistent shot generator, averaging 3.5 per game this season, he is not as consistent in terms of point production, finding the scoresheet in seven of 15 games this season. That leaves enough doubt that he won’t be able to accumulate at least six fantasy points.

Forsberg has been up and down this season and the Predators as a team are in a valley right now. Marner is paired with Auston Matthews on one of the most dangerous lines in the league and they are relentlessly productive so that gives Marner the edge in this matchup.

Both wingers excel at putting shots on goal, though Toffoli holds a bit of an edge there (3.5 to 3.3 per game) and has been the more productive scorer, tallying 10 goals and 15 points in 15 games compared to Lee’s seven goals and 10 points in 16 games.