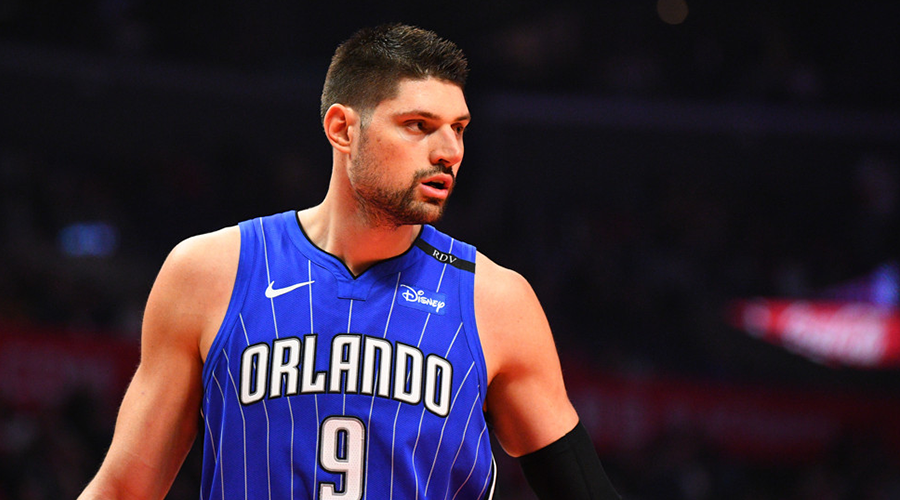 There’s ten games on the NBA slate and the best teams in the league are lacing up the sneakers tonight! Here are my top More or Less Monkey Knife Fight picks for 3 NBA matchups.

The Knicks are looking like a competent franchise and they face off with the Magic in an Eastern Conference matchup; Ben Simmons and the Sixers matchup with the John Wall and the Rockets; Steph Curry is putting up MVP numbers and he gets to square off against the Miami Heat.

Can you believe that the New York Knicks have the best defense in the NBA? They're only allowing 103.6 points per game! Their focus will be on shutting Nikola Vucevic and he’s averaging 23.7 points per contest.  The Magic big man has scored less than 26.5 points in 18 matchups this year. He has scored less than 25 points in 2 of the last three games.

The Kentucky product has been a beast for the Knicks this season. He has scored 22 or more points in four of the last five games. Randle dropped 44 points in his last contest and knocked down seven threes. Randle is averaging 23.1 points and has tallied 22 free-throws in the last three games.

Ben Simmons is at his best when he’s attacking and being a distributor. The point guard is recording 8.0 assists a game and has collected more than 8.5 dimes in three of the last four matchups. Simmons has tallied more than 8.5 assists in 11 contests this season.

The Sixers could be without Joel Embiid, so DeMarcus Cousins should dominate the glass this matchup if Embiid is out. Cousins has collected at least 10 rebounds in two of his last three games. He has grabbed more than 8.5 rebounds in nine matchups this year.

Jimmy Butler and the Heat struggled to start this season (11-16) after losing in the NBA Finals to the Lakers. Butler is averaging 19.9 buckets a game and is shooting 13.6 from three-point land. Butler hasn’t scored more than 21.5 points in eight games this year. The Marquette product has recorded 3 three-pointers in the Heat’s last nine matchups. He has hit the over on this number in three of his last four, but the Warriors have been playing solid defensively of late.