NFL Playoffs on Monkey Knife Fight: The Only Way To Play 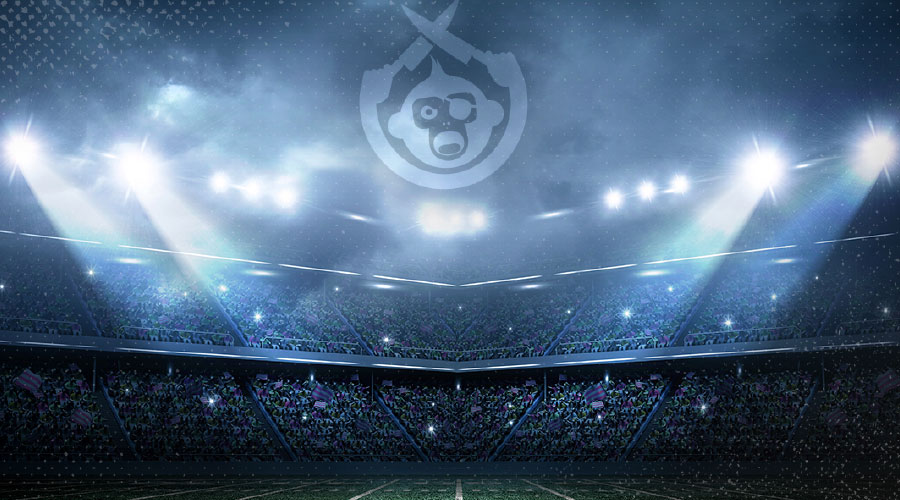 Playoff football is a blast. Great plays under pressure, the tension, the drama of a win or go-home game; every experience is heightened.

There are degenerates out there jumping up and down right now over the oranged-colored Gatorade. #SuperBowl pic.twitter.com/0xizMOUzGG

What about fantasy football?

Cheering for your favorite team is one way to watch football. Totally fine. People have been doing it that way for decades. But if you’re looking for a more immersive experience, to really dive into the game, fantasy allows you to cheer for players across the league.

Season-long fantasy football dominates the social landscape and it is everywhere. In season-long games, we play for bragging rights with our friends (and if there is some cash to be won then that’s good, too).

But then the NFL regular season ends and the fantasy player looks at the postseason fantasy landscape and, as Teddy KGB says in Rounders, “I feel so unsatisfied.”

If you have tried NFL Playoff fantasy leagues in an effort to replicate the added adrenaline of season-long fantasy, you know it doesn’t work. There are no trades, no waiver wire, no buzz! Playoff survivor or ‘draft & forget’ leagues are fine but ultimately a poor replacement for the real thing.

Traditional salary cap DFS doesn’t make it any better. When there are only a few games on the playoff schedule, trying to piece together a lineup with enough variance is rough. Trying to find the non-chalk players that can help you take down a tournament is more of an exercise in frustration than anything else. They can add captains, multipliers, whatever – that’s just putting lipstick on a pigskin.

What else is different about the Playoffs? Every game is in the spotlight. Every eyeball is on every game and that intensity makes the sweat real. It’s not like trying to juggle multiple games at once, flipping channels and hoping to catch your players scoring on red zone. Everything in playoff football is happening right in front of your face.

Have an opinion on Tom Brady’s total passing yards? Think Davante Adams will score a touchdown? MKF gives you the chance to cash in on those decisions.

If you have that pressure-packed, tension-filled game in front of you, MKF lets you to play DFS contests just in the game that you are watching – the game that everybody is watching.

More or Less player predictions, RapidFire matchup picks or TD Dance calls for every game keep you on the edge of your seat. MKF has full game and half game contests – you decide which works best for you.

So what’s better than watching playoff football? Winning some money on easy-to-understand player picks while you watch. One game or every game, MKF has something for everyone, for every game or just while you’re rooting for your favorite team to make it to the next round.

Playoff fantasy football needed a new way to play, and MKF is here to make the NFL Playoffs even better! Sign up, have some fun, and really enjoy the games!

Any questions, shoot us a tweet! Have a support issue? Reach out to our customer service team.