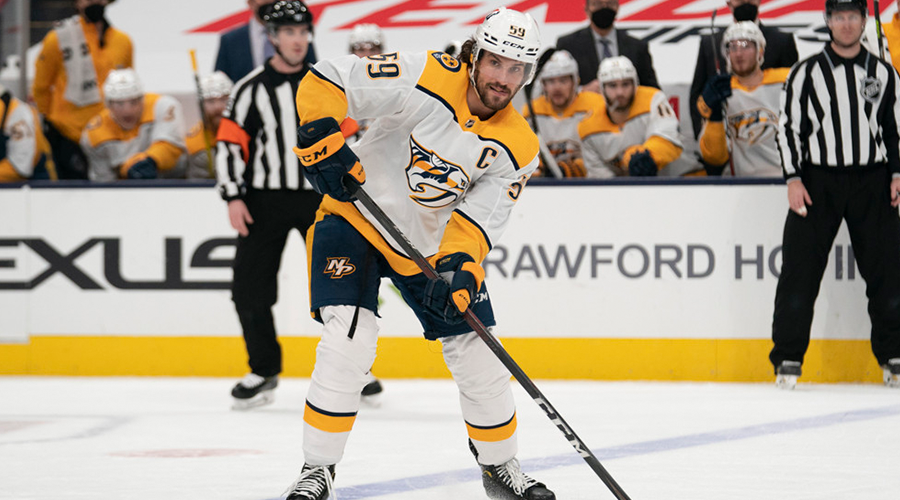 Tuesday brings six games in the NHL and Monkey Knife Fight has contests for all of them to add to the fun.

Pittsburgh is in Washington in the spotlight matchup of the day. The reeling Buffalo Sabres meet up with the surprising New Jersey Devils and the overachieving Chicago Blackhawks are in Columbus to take on the Blue Jackets. The Nashville Predators, on the verge of falling out of any playoff contention, are in Detroit, where that ship has already sailed for the Red Wings.

The North Division sees the Montreal Canadiens travel to Ottawa to face the Senators and the Edmonton Oilers are in Vancouver to challenge the Canucks.

Here are some angles to consider for Tuesday’s NHL action on Monkey Knife Fight.

The Senators netminder has had a difficult season and is rocking a .883 save percentage in 15 games. But there have been signs of progress. In his past eight games, which includes seven starts, Murray has a more respectable .911 save percentage and has recorded at least 26 saves in five of those games. He is also facing a Montreal Canadiens squad that is averaging a league-high 33.6 shots per 60 minutes this season. If the Habs hit that average, Murray better find his way to at least 26 saves or this game could get ugly.

New Jersey’s goaltender has missed some time and his team was on a Covid-19 hiatus but he has been excellent, posting a .938 save percentage in six starts. The trouble is, the Buffalo Sabres are averaging 29.5 shots per 60 minutes right now and are coming into the game on the second game of a back-to-back, having lost to the New York Islanders Monday. That could make it difficult for Blackwood to see enough shots to pick up at least 28 saves, a threshold he has hit twice in six games this season.

As well as he is playing this season, Ovechkin is also averaging a career-low 3.8 shots on goal per game and it should go without saying that he is not adding a couple of blocked shots per game to make up the difference. Pittsburgh is also a better-than-average defensive team in terms of shots allowed so it is asking a lot for Ovi to cover this number.

After a slow start to his time in Edmonton, Barrie has produced 14 points (3 G, 11 A) and 41 shots on goal in the past dozen games. Elite level production from a defenseman. Draisaitl does not generate shots at quite an elite level but 52 shots in 20 games is still fine and Draisaitl’s 30 points (10 G, 20 A) in 20 games is more than fine.

In a bit of an unexpected twist, Nurse has emerged as a high-end defenseman in terms of production. In the past 14 games, he has 14 points (5 G, 9 A) and 32 shots on goal. Kane has been relentlessly productive, scoring 26 points (8 G, 18 A) and firing 69 shots on goal in 19 games. Nurse is definitely on a good run in the past month. Kane has been on one for most of the past 14 years.

Forsberg has 15 points (8 G, 7 A) in 17 games but has a couple of factors working in his favor. He has a career-high 3.8 shots on goal per game this season and gets to face the Detroit Red Wings. Nugent-Hopkins has 18 points (9 G, 9 A) in 20 games and is averaging 3.3 shots on goal per game, so he isn’t exactly coasting on Connor McDavid’s wing, but for of their flaws, the Vancouver Canucks should provide better competition.

Since the Buffalo Sabres returned from their Covid-19 hiatus, Eichel has no goals, two assists and nine shots on goal in five games. They are playing their second game of a back-to-back so it’s not really an ideal situation for an already slumping star. Rust, on the other hand, has been consistent throughout the season, contributing 15 points (6 G, 9 A) with 60 shots on goal in 16 games.