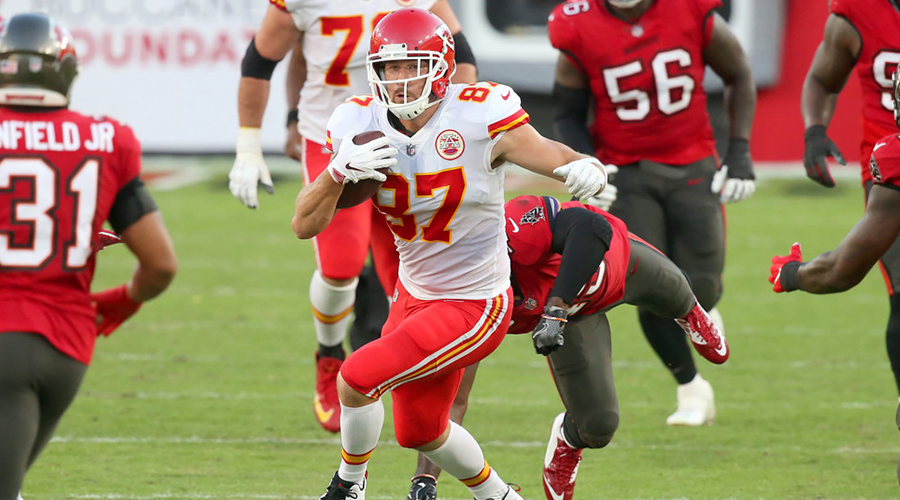 Monkey Knife Fight has been getting you DANCING all playoffs long handing out over $20,000 in additional dollars for our Touchdown Dance prize pools. The average winner has taken home over $200 when they've went 3/3 on their Touchdown Dance selections over the 2020 NFL playoffs on eligible contests.

The $10,000 prize will be split evenly between all entrants with winning contest entries. Entrants with multiple winning entries will receive a share for each winning entry. Prize will be awarded in MKF Dollars. MKF Dollars cannot be withdrawn and must be played through once in order to be eligible for withdrawal. Please allow 48 hours for prizes to be applied to winning accounts.

This is it. What every football player dreams of since the time they first suited up playing pop-warner ball. For professional athletes, the Super Bowl is the biggest spectacle in sport, and, for fans of fantasy sports, it is the a day of reckoning and celebration for all of your pre-season/playoff predictions.

In terms of narrative, there couldn't be a better one than the story at quarterback. We have the incumbent Greatest of All Time (G.O.A.T) in Bucs quarterback Tom Brady, playing at home seeking his seventh Super Bowl. Brady is facing off against reigning Super Bowl MVP and quite arguably the best arm talent in the NFL in New G.O.A.T Patrick Mahomes of the Chiefs. The game total sits at 56.5, and, with the talent amassed on both sides of the ball, it would surprise no one if this Super Bowl LV matchup hits the over.

For Touchdown Dance purposes, we love the over and shootout style games. More TDs means more chances at cash. Nobody's got their groove on in these playoffs quite like Bucs running back Leonard Fournette, or, as he's named himself "Playoff Lenny."

Playoff Lenny who leads all running backs in post season touchdowns, has been an aberration in comparison to the Fournette we witnessed in the regular season. It appears that the playoff atmosphere, and a diminished/non-existent role for other Bucs running back Ronald Jones III, has vaulted Fournette to RB1-esque performances during the Bucs playoff run. Fournette's usage during the regular season was abysmal, averaging a 47.4% snap share, and had a lackluster yards per carry, ranking 65th in the league. Fast forward to this Bucs playoff run and Fournette is logging a 74.4% snap share while averaging 4.4 yards per carry. Playoff Lenny is a major thing. He leads all playoff running backs with three touchdowns, and against the Chiefs run defense that allowed the 11th most fantasy points during the regular season, Playoff Lenny will continue to be a thing as the Bucs try to secure the first ever Super Bowl home win.

Where the Bucs have Playoff Lenny for their run game, the Chiefs have arguably one of the most fearsome wide receiver/tight end combos to ever play the game in Tyreek Hill and Travis Kelce.

It almost looks like this duo is just teasing defenders with their talent as they make what they do look easy week after week. Their playoff resumes in 2021 speak volumes, as Hill and Kelce have played one less game played and are 2nd & 3rd in total receiving yards. Hill has averaged 141 receiving yards a game, and is due for some positive touchdown regression as he has yet to get into the end zone this post season. In Week 12, Tyreek scored 57.9 PPR points for the 7th best fantasy football game ever, torching Carlton Davis and the Bucs secondary for 269 yards and 3 TDs. Bruce Arians and his coaching staff will have to adjust for Hill in coverage, and though he'll most likely be double teamed with safety help, Hill has the ability to beat any man coverage in the league. We imagine that the "Cheetah" has his spots all shined up to get his dance on for the world's biggest stage this Sunday.

Tight end Travis Kelce has had no issues showing off his dance moves this post-season. Kelce has scored three touchdowns and has been a locked in pick for every TD Dance contest we've had these playoffs. This Kansas City offense runs through Kelce. Kelce's target volume has went up during the playoffs, averaging 13 targets a game compared to the 9.7 targets he received per game in the regular season. A spike in targets to an already elite talent means that he's now in his own orbit in terms of fantasy production. It gets even better: the Cincinnati Bearcat product leads all players with six red zone receptions, and is 2nd in total red zone targets. The passing volume, the talent, and red zone usage makes Kelce an automatic TD Dance partner that will help you secure a piece of the $10,000 prize pool Monkey Knife Fight is putting up for the big game.

Respect to Mahomes and Kelce for lifting up Mecole Hardman’s spirits after his fumble. 🙌 #ChiefsKingdom pic.twitter.com/vjzeFMiOKg

It also helps that the Bucs allowed the 5th most TDs to tight ends in the regular season, and Kelce's volume was truncated when they played in Week 12 because of the Tyreek Hill Show. Kelce made the most of these targets, producing 83 receiving yards.

The Bucs haven't seen elite level tight end talent these playoffs, yet have been beaten by Logan Thomas with 73 yards in the Wild Card Round and Packers tight end Robert Tonyan scored a touchdown against Tampa Bay last week. Kelce has a chance to lead all players in touchdowns this post-season and with a 56.5 game total, Kelce has a chance to secure the scoring title and another Lombardi trophy.

Good luck and happy Super Bowl LV to all you MKF'ers! 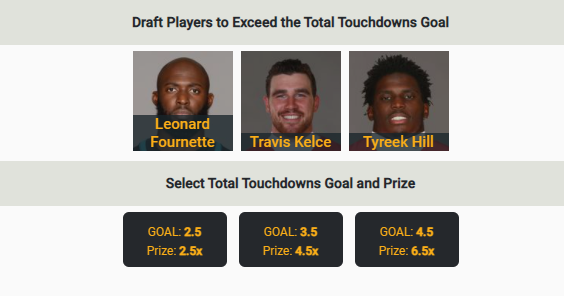