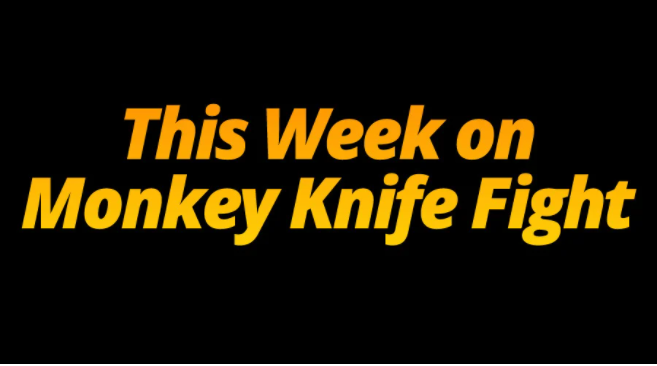 As the sports world waits for the Sweet Sixteen to pick back up at March Madness, there's still plenty of options to win big on Monkey Knife Fight. Contenders are beefing up for the playoffs ahead of the NBA trade deadline, NHL teams are separating from each other at the top and bottom of the standings, while the golf season is in full force approaching The Masters. Plus, we also have NASCAR, UFC and esports (LoL and CS:GO) to play, so whatever sport floats your boat, we have something for you!

Check out the schedule below, then be sure to check out MKF HQ for daily picks and analysis.

NBA on Mar. 24 - 31
With the trade deadline here, the title contenders will soon separate from the lottery contenders!
GOLF from Mar. 23 - 27
The Euro Tour keeps it in Kenya while the PGA Players head down to Dominican Republic this week.
CBB from Mar. 25, 27 - 30
Hands up if you had Oral Roberts going to the 3rd Round. Didn't think so. Sweet Sixteen starts Saturday.
NHL from Mar. 24 - 31
The traditional cold weather hockey meccas of Las Vegas, Tampa Bay and Raleigh sit atop of the NHL standings.
UFC on Mar. 27
Despite the big screen moniker, "The Predator" is a human, and the top ranked fighter at UFC 260: Miocic vs. Ngannou 2.
NASCAR, LOL, CS:GO on Mar. 25 - 29
As Doc said: "Go right to turn left." For the first time in over 50 years, a Cup race will be held on a dirt track.
It's round one of the League of Legends Euro League's Spring Playoffs, where six teams are vying for LEC title.

Round robin wraps this week, then it's the round of eight for the ESL Pro League Season XIII.

Fight hard, MKF'ers, and make sure you check out our top picks to play!

Download the Monkey Knife Fight app on the App Store and Play Store for some mobile DFS fun.