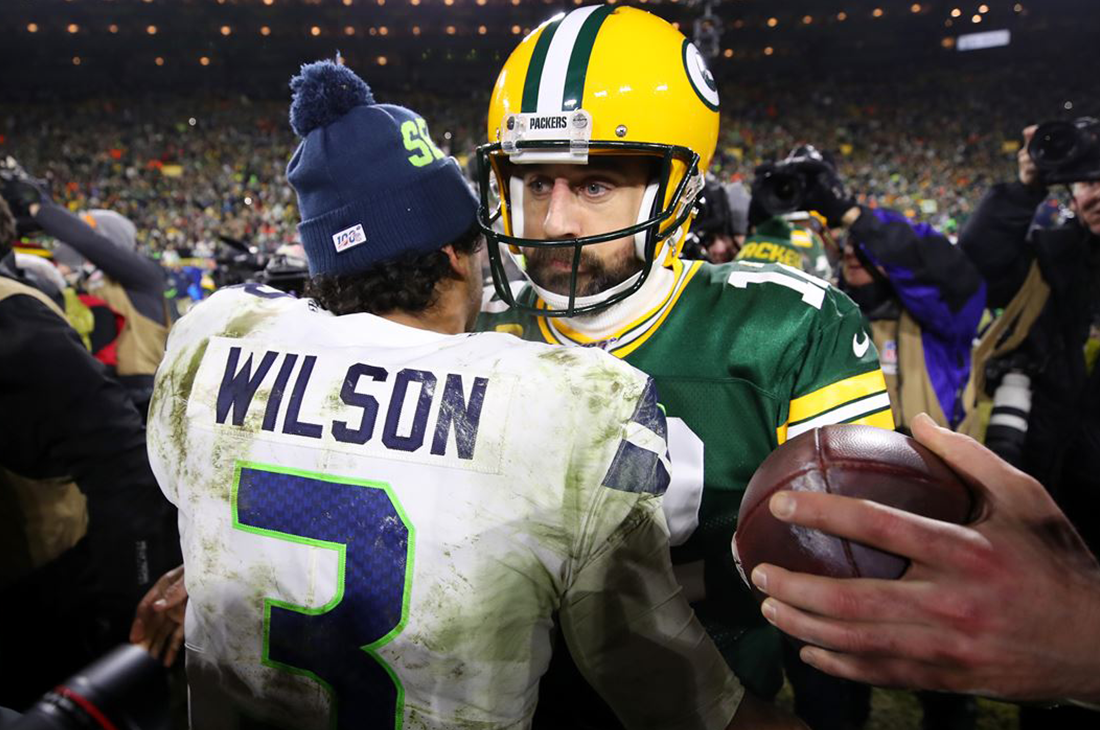 Last Thursday’s game was about as dramatic as a Chris Farley flick. I mean, in Tommy Boy there was a moment after Big Tom died that jerked at the heart strings, but in the end, there was no emotion – just lots of laughs. Tons of them. Mainly aimed at David Spade’s sexual frustration…I mean the Panthers Secondary. Moving on….When the Packers and Seahawks meet, my friends, fun is had by all. For some reason when these two franchises meet- crazy dramatic fun seems to be a guarantee. In the spirit of that – below are some of my guarantees (and more write up shit is below the picks – might as well give you the steak right off the top).

The Pack have a run game! And it’s not easy to play on the road in Seattle. The 12th man in loud and the ‘Hawks have a couple young DL that can get after the QB.

You can beat the Packers through the air. Just get a sense this is going to be a bit of a shootout and even though the Seahawks have been leaning on the run, it just feels like a bigger Wilson passing game to me.

Each backfield has been considered a RBBC, but Jones broke through last week. Chris Carson seems to be the ‘starter. Meanwhile ‘Hawks 1st round pick Rashaad Penny finally got going, further muddying the Seahawk backfield waters.

While I’m usually a sucker for the revenge game narrative, doesn’t this just feel like a big Wilson to Baldwin game?

My 3 – Jones, Carson & Mike Davis. You could roll with one of the QBs here (both can definitely rack up the rush yds) but the three I’m calling seem like a lock for the 2xX and pretty safe plays for 3X!.

Last week the Packers running attack got going. When was the last time there was excitement about a running back in Cheesehead land? Samkon Gado the Sequel! Aaron Jones has showed glimpses of elite ability over the last couple years and it sure looks like Mike McCarthy is going to give him a chance to shine. There is one thing that can quiet the 12th man in Seattle – long, successful drives. Having an elite arm like Rodgers, with an elite WR and a crazy speedster to keep the D on their toes – I bet the Pack use the pass to set up the run. Aaron Jones might be in store for a good one. The only 2 things standing in his way are the 2 elite starting LBs that roam the box for Seattle, Bobby Wagner and KJ Wright. Going to be a fun watch.

The Seahawks have relied on their run game over recent weeks. Chris Carson Mike Davis and now 1st round rookie Rashaad Penny have all had quality weeks. It was Penny who may have taken the lead now in the Seattle backfield but early signs this week point in the direction of Carson/Davis. The question is – can they run against a Packers team that has been pretty solid against the run? The Packers weakness is their secondary so I actually think it’s Russell Wilson’s arm, not his legs, that will do most of the most of the damage against the Pack D this week. Remember Doug Baldwin? You know, the guy who used to be mentioned as a top 10 WR as recent as the beginning of this year? Doesn’t it just feel like this is the game the dynamic aerial Seahawk duo turns it back on?