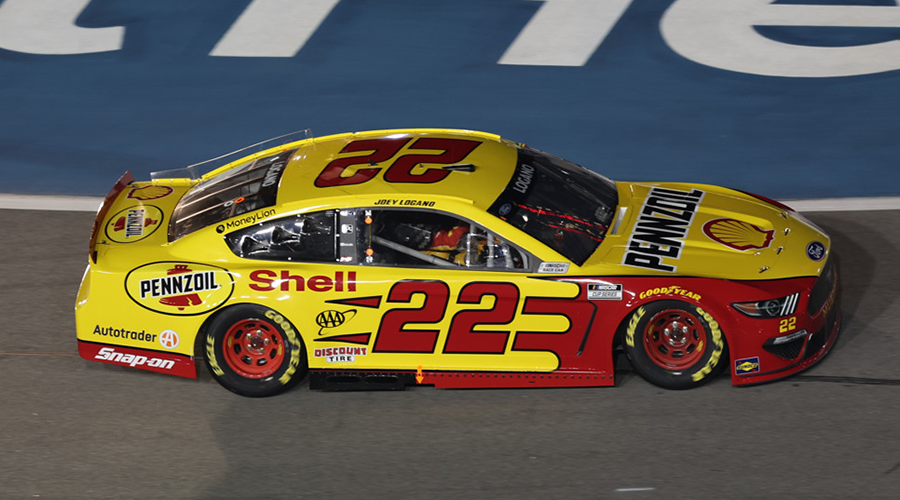 The Daytona 500 goes Sunday, The Great American Race on Valentine’s Day and Monkey Knife Fight is there with contests to add to the romance...er, excitement.

Denny Hamlin won the race in 2020 and 2019 so he comes into this year's race with naturally high expectations. Hamlin has won three Daytona 500 championships overall, which is impressive dominance on that track. He still has some work to do if he’s going to challenge the driver with the most Daytona 500 victories – that would be “King” Richard Petty, who has won the race seven times.

Here are some angles to consider for Sunday’s season-opening NASCAR action on Monkey Knife Fight:

The two-time defending champion at Daytona, Hamlin won last year’s race while leading for 79 laps. The year before, he led for 30 laps but still earned the victory and the winner is easily going to surpass 15.5 fantasy points. He also won in 2016 and finished third in 2018. He runs the show at this track.

Hamlin has also been really impressive overall in the past two years, winning 13 of 72 races. 13 wins in a two-year span is a lot! Just by the way of comparison, in the previous six years combined, Hamlin won nine races.

The biggest challenge for him this year is that Hamlin is starting 25th on the grid. For all the success he has had at Daytona, Hamlin has not started this far back. For Hamlin to count at least 15.5 points, barring any points for leading the race, that would require a Top 5 finish, which he has accomplished 37 times in 72 races over the past two seasons. Combined with his remarkably strong track record at Daytona, it’s reasonable to have high expectations for Hamlin this week.

The 2015 Daytona 500 champ, Logano has crashed in four of his past seven races at Daytona International Speedway. Logano starts from the ninth spot on the grid, not a bad place to be. He also has not generated consistent enough results to like his chances here.

In 10 races at Daytona, Elliott has one Top 10 finish, finishing second at the Coke Zero Sugar 400 last year so the fact that he is starting 12th on the grid does not seem to matter a whole lot. Elliott has not generated strong results on this track. While every race does offer the opportunity to start fresh, it is not easy to pick against a driver’s established record at a specific track.

For all the success that Keselowski has had over the past decade he has had a hard time at Daytona. He finished fourth in 2013 and third in 2014 but every other finish has been outside the Top 10. For someone starting 24th on the grid that does not offer a lot of reason for optimism.

Since joining Joe Gibbs Racing in 2008, Busch has earned second, third, and fourth-place finishes but three of his past four trips to the Daytona 500 have ended with a finish of 25th or worse. Last season was a tough one for Busch, nowhere near the level of success that he had achieved in the previous five seasons so the question is whether that decline is legit or could Busch bounce back in 2021? Starting 10th on the grid, let’s give him a fighting chance to open the 2021 season.

Nothing like starting first on the grid and in Bowman’s four Daytona 500 races for Hendricks Motorsports have seen him start from the first spot twice and the second spot twice. Trouble is, Bowman has yet to find his way to a Top 10 finish and it gets difficult to cover that number without finishing in the top ten.

Byron is practically a child, just 23-years-old, and he qualifies well at Daytona, with this season’s second spot making it three straight seasons that Byron has started in the Top Five. He is, however, still seeking his first Top 20 finish at Daytona. Blaney has had strong finishes at Daytona, finishing in the Top 7 in three of the past four years.