*Decision wins do not count as Round Wins. 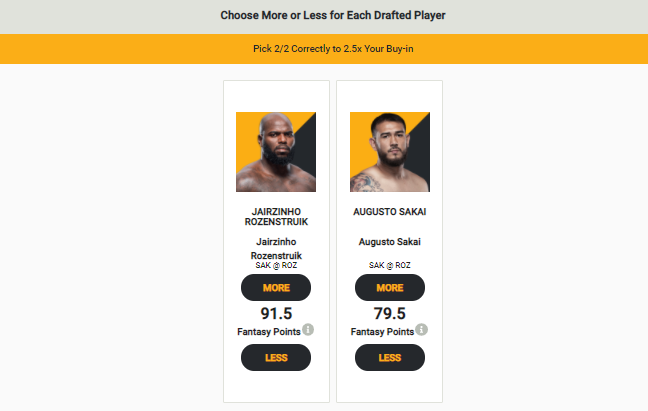 Next week, it's the much-anticipated UFC 263: Adesanya vs. Vettori 2 from the Gila River Arena in Phoenix, Arizona.

Headlining the card is the rematch between Israel Adesanya and Marvin Vettori in which Adesanya won via split decision. Other notable fights include a UFC Flyweight Championship rematch between Deiveson Figueiredo facing Brandon Moreno, while a welterweight, five-round bout between Leon Edwards and former UFC Lightweight Champion Nate Diaz will also take place.

If you have any questions, just reach out to our support team and we'll be happy to help.