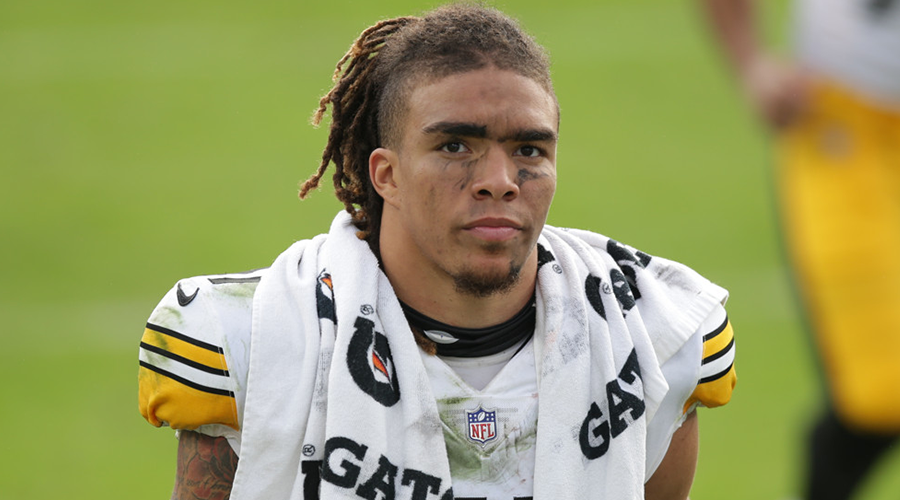 I’m @itsharristime of True North Fantasy Football and I will be here to guide you through my Touchdown Dance selections on a weekly basis throughout the season. I breakdown Sunday's games (Dancing With The Stars, Two To Tango, The Big Dance)Thursday Night Football (Thursday Samba) and Monday Night Football (Save the Last Dance). You can find my Week 15 Sunday preview here.

What better way to start your week than watching football and winning some cold, hard, cash by selecting three players that need to do a TD Dance? Sounds like the best way to shake away your case of the Mondays.

Last Monday we were gifted with a high-scoring Monday Night Football AFC North matchup between the Browns vs Ravens that ended in a 47-42 Ravens win.

This AFC battle between the Steelers and Bengals is projected at under 40 points with the Steelers heavy favorites on the road. In these AFC North matchups, it doesn't seem to matter where each team is at in the standings, they play each other with ferocity and for pride. Let's not get it twisted: The Steelers are the better team and need this win if they have any hope of securing the AFC North and a first round bye.

What the Steelers need to do is get their passing game rolling. Drops over the last two weeks have been the difference between winning and losing. Against the Washington Football Team, the Steelers wide receivers had 6 drops and against the Bills had another 4 drops. Even in their win against Baltimore, there were 4 critical drops by the black and yellow pass catching corps. This has been cold weather football and if there is any team that should know how to grip the ball tighter in this type of weather, it has to be the Steelers.

That is why JuJu Smith-Schuster is a locked and loaded option in this all important game for the Steelers. I've talked about it before: JuJu plays tough football, and with the ball in his hands is incredibly tough to take down. Combine JuJu's hard-nosed playing style with the fact he has a 78.2% catch rate and 18 red zone targets on the year (second in the league), JuJu is my top choice to get into the endzone and unleash some of that good JuJu that the Steeler so desperately need.

Chase Claypool is another Steeler pass catcher that is on Santa's "nice" list. Claypool does have three drops on the year, though they are a product of over extending to catch poorly thrown balls. These drops are a testament to the size and skill of Claypool, and not an indictment of poor hands. Mapletron as they've dubbed Claypool in Pittsburgh, is on Mike Tomlin's "nice" list because of his versatility, TD production and gives the Steelers a size and speed wide receiver the team has long sought after. Not to mention that Claypool has been a difference maker in his rookie season: when Claypool has scored, the Steelers are 6-0. The ability to signal Claypool out wide on a jet sweep gives the Steelers needed depth to a run game that has been nearly non existent, and accounts for two of Claypool's 10 TDs this year. Getting Claypool back into a active role in preparation for the playoffs isn't just a "nice" to have, it'll be a necessity if the Steelers hope to make a Super Bowl run.

Make that FOUR TDs for Chase ‘Mapletron’ Claypool on the day! 😲 #HereWeGo pic.twitter.com/hFyX6uEDGf

Though the 2-10-1 Bengals don't have Super Bowl aspirations in 2020, it is on their holiday wish list to play spoiler to the rival Steelers. The Bengals have interesting pieces in their wide receiver corps, and could give fits to a Steelers secondary that has given up 15 TDs to the position this season. Cincinnati's wide receiver room is extremely talented, with rookie Tee Higgins impressing, and even veteran A.J Green re-emerging as of late.

For this contest, we will lean on Tyler Boyd to play the role of Grinch against the Steelers. Boyd's target volume in the slot (second in the NFL) coupled with his 15 Rezone targets on the year gives makes Boyd a better option to do some dancing at Paul Brown Stadium this Monday night than the rest of the Bengals wide receiver corps. The Steelers have given up 15 passing TDs in the red zone,  and the only score the Bengals had in their first matchup was a red zone passing TD to rookie Tee Higgins. Boyd's additional volume in the red zone and the fact that Joe Haden is returning from injury to cover Higgins makes Boyd the perfect TD gift this holiday season. 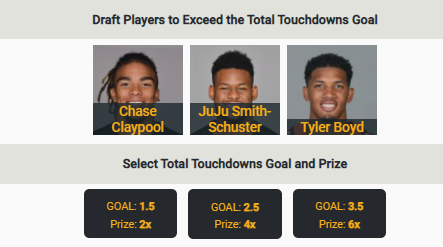