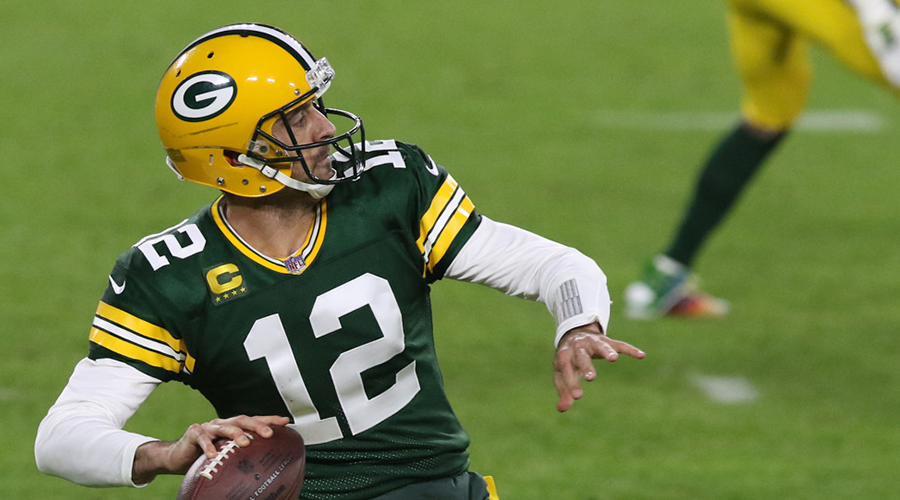 Late in the NFL season means we get two Saturday afternoon football games in the National Football League. That also means more chances to play props and win with Monkey Knife Fight.

The AFC East leaders, the Buffalo Bills, take a 10-3 record into Denver, having won six of the past seven games. They look as strong as any team in the AFC right now.

The season has not gone as well for the Broncos, as they sit 5-8 and out of the playoff hunt. At the same time, they have split their past four games and one of the losses was a competitive effort at Kansas City, so they still have some fight left in them.

In the second game of the day, the Carolina Panthers are off to Green Bay. The Panthers are probably better than their 4-9 record would indicate. They have dropped seven of eight, but five of those losses were by seven points or less.

The Packers are rolling, winners in five of the past six games and sitting on a 10-3 record atop the NFC North. The Panthers will have their hands full in this matchup.

Here are some angles to consider for Saturday’s NFL action on Monkey Knife Fight.

Since starting the season by throwing for more than 280 yards in each of the first four games, Allen has passed for more than 271 yards in four of the next nine games, so it’s suddenly not automatic that he will pile up passing yardage. Although the Broncos have surrendered more than 280 yards passing in back-to-back games, they have still held opponents to 220.6 passing yards per game and 5.8 net yards per attempt, both rank in the Top 10 defensively.

Even if Lock is somewhat underwhelming, in part because he has as many interceptions as touchdowns, he has thrown for 245 or more yards in six of the past seven games. The Bills have allowed 243.9 passing yards per game, including at least 245 passing yards in four of the past five games.

The Bills are surrendering 4.6 yards per carry, which is the fifth worst mark in the league, but they haven’t allowed an individual running back to go for 56 yards in the past three games. Consistency has not been a real strength for Gordon, and he shares carries with Phillip Lindsay in the Broncos backfield, but he has also run for more than 65 yards in three of the past four games and more than 55 yards in seven of the 12 games in which he has played this season.

Since putting up a season-high 119 yards against Miami in Week 11, Patrick has become a bit of an afterthought in the Broncos attack, catching seven passes for 80 yards on 11 targets in the past three games. He has potential for big games, with three over 100 yards this season, but has surpassed 50 receiving yards just four times.

Diggs has been such a major difference maker for the Bills, averaging 89.8 receiving yards per game and he has produced more than 90 receiving yards in five of the past six contests. Beasley has been great in his own right, averaging 64.5 yards per game, but he has a lower floor than Diggs. Beasley has four 100-yard games for the season but has also been held under 50 yards in four of the past six games.

Knox has added a bit more to the Bills offense lately, with four catches in each of the past two games, but it was one or two catches per game for the entire season up to that point. Fant left Week 14 early with food poisoning but his production otherwise has been much more consistent and that includes at least four catches in seven of 11 games this season.

Rodgers has had an outstanding season, potentially an MVP candidate again, but this is a pretty big number to cover. He has been held to 295 passing yards or less in three straight games and in eight of 13 games on the season. Admittedly, one of those games is dead on 295 against Philadelphia in Week 13, so it’s close when matched against a Panthers team with a pass defense that ranks a little below average.

The Panthers can be surprisingly dangerous offensively and Bridgewater has passed for more than 264 yards in seven of his 12 starts this season. The Packers defense has been strong enough, allowing an average or 226 passing yards per game and allowing five quarterbacks to pass for at least 264 yards in a game this season.

After a bit of a midseason slump, Jones has rushed for more than 67 yards in three straight games and is averaging 74.8 rushing yards per game for the season. The Panthers are allowing 4.4 yards per carry, which is around league average and Melvin Gordon ran for 68 yards against them last week, making him the sixth running back to surpass 67 rushing yards against the Panthers this season.

In 10 starts this season, Davis has exceeded 15 fantasy points in five of them. In those 10 games, he has averaged 55.1 rushing yards 0.5 rushing touchdowns along with 4.4 receptions for 36.3 yards and 0.2 receiving touchdowns. So, an average start for Davis has resulted in 13.5 points per game before accounting for seven touchdowns in those 10 games, which would push his average fantasy production to 17.7 ppr fantasy points per game in those starts. Eight running backs have dinged the Packers for more than 15.5 fantasy points, with a couple more falling between 15.0 and 15.5, so they aren’t necessarily locking down the opposition.

Adams is averaging 104 receiving yards per game, and that includes Week 2 when he left early due to injury. Anderson has been a fantastic pick up for the Panthers this season and has a career-high 996 receiving yards, an average of 76.6 per game. That’s nice but it’s not on Adams’ level.