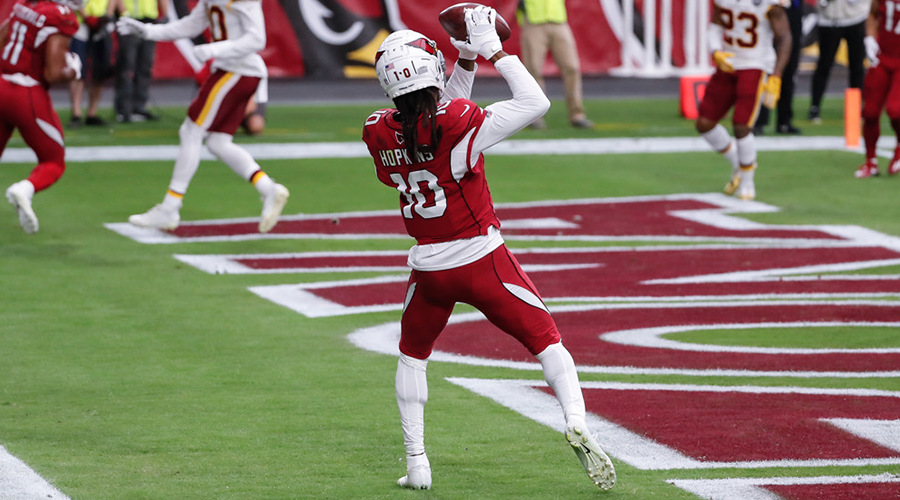 Crunch time has arrived in the National Football League and while the Week 15 schedule has some apparent mismatches there will still be lots of chances to play props and win with Monkey Knife Fight.

There is one marquee game on the schedule, with the 12-1 Kansas City Chiefs visiting the 10-3 New Orleans Saints, a matchup of the teams with the first and third-best scoring differentials, respectively.

Otherwise, the games that are expected to be close in Week 15 tend to involve teams that aren’t really in contention: New England-Miami, San Francisco-Dallas, Chicago-Minnesota.

Here are some angles to consider for Sunday’s NFL action on Monkey Knife Fight.

Brady has thrown for more than 301 yards four times this season, which isn’t a whole lot, but this is a matchup against an Atlanta defense that has struggled against the pass. The Falcons are allowing 281.8 passing yards per game and 7.1 net yards per attempt, both of which are in the bottom five. Those overall numbers, though, have been improving as the Falcons have given up less than 302 passing yards in five of the past six games.

The Colts passing game is heating up and that is reflected in Rivers’ numbers as he had thrown for 280 or more passing yards in four straight games prior to last week when he threw for 244 in a blowout win against the Raiders. He gets a shot at a Texans defense that has been below average against the pass and has allowed at least 280 passing yards in seven of the past nine games.

The Ravens star quarterback has thrown the ball 17 times in each of the past two games, but he’s been turned loose as a runner, accumulating 218 yards on 22 carries. In 13 games this season, the Jacksonville Jaguars have allowed quarterbacks to put up more than 24.5 fantasy points in seven of those games, so it’s a relatively close call but Jackson’s play in the past couple of weeks appears to have him moving in the right direction.

With Julio Jones out of the lineup, Ridley is the premier target for Falcons quarterback Matt Ryan for this week’s matchup with the Tampa Bay Buccaneers, a team that has been relatively mediocre against the pass this season. Robinson should always be the Bears’ number one option in the passing game but he’s taking on a Minnesota Vikings defense that hasn’t been great against the pass overall but also tends to spread out the pain, allowing just one receiver all season (Davante Adams in Week 1) to put up double-digit receptions.

The New Orleans Saints are a Top 5 pass defense and that might be what gives them a fighting chance against Mahomes and the Chiefs offense. For much of the season, it has felt like the only limits on Mahomes were determined by when the Chiefs decided to take their foot off the gas. He has thrown for more than 340 yards in five of the past six games and takes that up against a Saints team that hasn’t allowed more than 284 passing yards in a game this season.

This is a huge number for Kamara to cover, especially considering Kamara’s recent dip in production but there are a few factors in his favor for this week’s game against Kansas City. For one thing, Drew Brees is expected to play at quarterback for the Saints and that has been favorable for Kamara’s production compared to the games when Taysom Hill has been starting at quarterback for New Orleans. The other important factor is that wide receiver Michael Thomas has once again been ruled out of the Saints lineup. With Thomas out, Kamara becomes a bigger factor in the passing game and that’s what gives him a shot at a number that only two running backs have reached against the Chiefs this season.

Akers had been kept under wraps early in the season but no more. The Rams rookie has run for 84, 72, and 171 yards in the past three games and goes up against a Jets team that, for all of it’s problems, hasn’t been terrible against the run, allowing 3.9 yards per carry. Last week, the Jets allowed Seattle’s Chris Carson to run for 76 yards and he’s the only running back in the past seven games to rush for more than 75 yards against the Jets.

D-Hop is a critical part of the Cardinals offense and it seems they remembered that again last week as he put up nine catches for 136 yards, his most since Week 3. Philadelphia has allowed six receivers to compile more than 81 yards in a game this season, including four in the past five games.