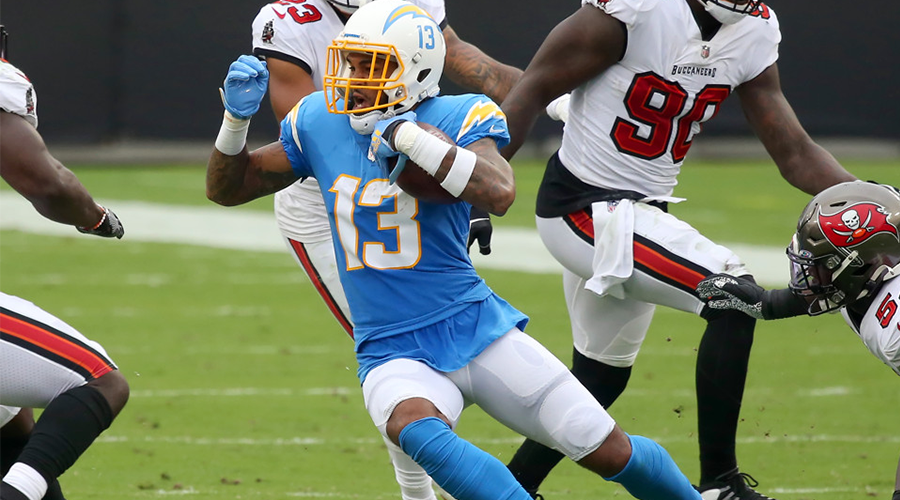 I’m @itsharristime of True North Fantasy Football and I will be here to guide you through my Touchdown Dance selections on a weekly basis throughout the season. I'll breakdown Sunday's games (Dancing With The Stars, Two To Tango, The Big Dance) the Monday Night Football matchup in two separate posts and am happy to be introduce the Thursday Night Football TD Dance for Week 15.

Celebrate the weekend early by playing these TD Dance picks and getting your weekend of winning started on Thursday night. Why wait?

Nothing screams the kickoff to the holiday season like an AFC West Showdown in the desert on Thursday night, am I right?

This game is loaded with offensive talent on both teams and the desert has been a great place for high octane football. The Raiders new home has proven to not be the most hospitable to the host with the Raiders going 2-4 in their new digs. Allegiant Stadium has proven to be friendly to high game totals, with each game played in Las Vegas going for over 48 total points.

Leading the charge for another high point total for the Raiders at home will be elite tight end Darren Waller.

Waller has been a special talent since joining the Raiders. Derek Carr trusts in Waller and he commands nearly 30% of the Raiders targets (28.3%, 9 targets/game). What is especially encouraging is Waller's Redzone usage in 2020 vs 2019. In 2019, he had a total of 7 Redzone receptions and 3 TDs. Through 13 games Waller has caught 16 balls in the Redzone and 7 TDs on the year, already doubling his 2019 totals. Waller's increase in Redzone usage now bumps him into TE1 overall conversation if it wasn't for Travis Kelce's god-mode 2020 season. Waller is the elite of the elite TEs and he won't be slowing down against the Chargers who allowed "Zeus" Travis Kelce two 100+ yard games and two TDs.

The Chargers will hope that running back Austin Ekeler continues to build steam in Week 15 coming back from a knee injury that kept him out the majority of the season. Ekeler is an electrifying talent with incredible burst in the short areas of the field and when in space, is nearly uncatchable. Against the Raiders, we should see Ekeler use these skills to tear up a Raiders defense that has given up the 3rd most points and 18 TDs to opposing running backs this season. Ekeler has seen a heavy workload since returning from injury in Week 12 with snap shares of 76.3% and 61.8%. Keep in mind that on Ekeler's return he put up 129 total yards after being off for 8 weeks. In the desert and against a Raiders run defense that has allowed five 100+ total yardage games to running backs, Ekeler is a prime partner to tango with in this one.

With Keenan Allen being ruled “limited” in this one, we are left scrambling for a replacement. The good news is that there is more than one player that we can slide into this dance. Hunter Henry uptick in volume and additional Redzone targets are tempting, though, I really just think that Allen being limited means that the Chargers lean more on Ekeler. That’s why I’m going with another Raider, Josh Jacobs to be my replacement for Allen. Jacobs was on a limited snap count last week against a tough Indianapolis run defense seeing only a 42.6% snap share.

With his lowest snap share on the year and in negative game script, Jacobs still had four Redzone touches, and five receiving targets - his second highest on the year. On a short week, Jacobs was limited at practice, and let’s hope this rest makes him healthy enough to take advantage of a Chargers run defense that has given up an average of 120 yards/game. Jacobs ranks 5th in the league in Redzone carries and converts on 18.80% of those opportunities. With Waller and Jacobs penciled into your TD Dance card, you know that if the Raiders are in the Redzone it will likely be going to be one or the other to get their boogey on. 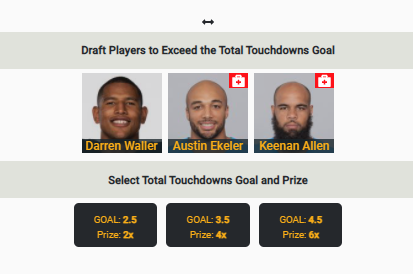