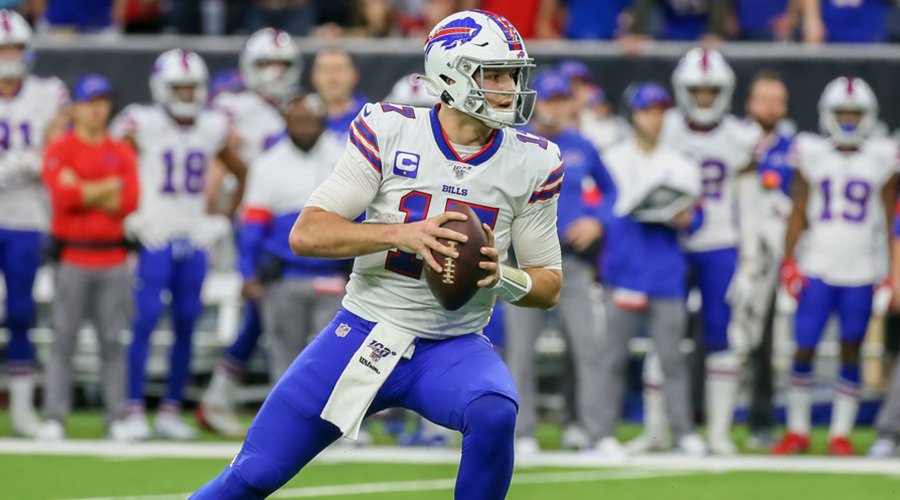 The tide has finally turned in the AFC East and the division-leading Buffalo Bills are in New England to face a Patriots team that won’t have a winning record for the first time since the 2000 season, Bill Belichick’s first year with the team. Get in on the action with Monkey Knife Fight.

The Bills have won seven of their past eight games with the only loss in that span coming on a Hail Murray that resulted in a 32-30 loss to Kyler Murray and the Arizona Cardinals. Seeing the Bills dismantle teams on this run does make it feel like a legitimate turning point for the franchise.

On the other side, the New England Patriots have been winners like no other franchise over the past 20 years so it hits a little differently to see them playing out the string in the last two weeks of the season. A 6-8 record isn’t going to get the Patriots a playoff berth and that can be attributed to any number of factors. Injuries, Covid-related reasons for players deciding not to play this season, a shaky quarterback with suspect receivers. It’s been a test for the Pats in 2020.

Here are some angles to consider for the AFC East reversal of fortune Monday nighter on Monkey Knife Fight.

This has been a fantastic breakthrough season for the third-year Bills quarterback and he has passed for at least 280 yards in nine of 14 games, averaging 285.7 passing yards per game. The Patriots are a shell of what they used to be but Deshaun Watson and Russell Wilson are the only two quarterbacks to pass for 280 or more yards against them this season and they have held opponents to less than 210 passing yards in four straight games.

There have been two games this season in which Newton has passed for more than 360 yards and it feels like those games belong in a museum because they are just so precious and rare compared to what he is delivering on a regular basis. He has exceeded 170 passing yards five times in 13 starts and that includes passing for 174 yards against the Bills in Week 8. The Bills have held just two quarterbacks, Drew Lock last week and Sam Darnold in Week 7, to less than 170 passing yards. Even if Newton is having a really difficult time throwing the ball, he is averaging 183.2 passing yards per game and faces a defense that is often winning and allows passing yardage while protecting a lead.

Meyers had his second 100-yard receiving game of the season last week and he has put up at least 52 receiving yards in six of the past nine games, which includes six catches for 58 yards against the Bills in Week 8. Last week against Denver was the first time since Week 7 against the Jets that the Bills didn’t allow a wide receiver to accrue at least 52 yards so odds are in Meyers’ favor.

Meyers is as dangerous as any receiver the Patriots have, which says something about the second-year undrafted wide receiver out of North Carolina State as well as the Patriots’ inability to develop players at the position. Meyers is averaging 4.1 receptions per game which gives him a slight edge on the veteran running back, White, who is averaging 3.5 receptions per game this season but has been held to four or fewer receptions in four straight games.