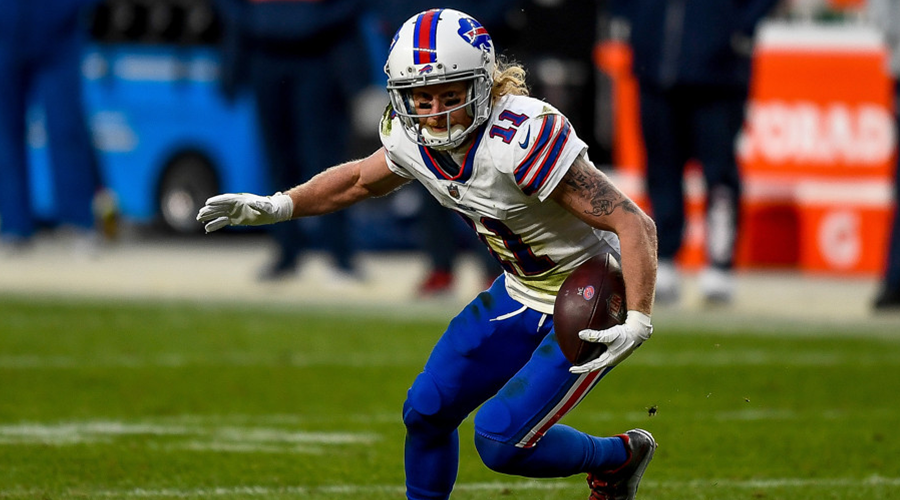 I’m @itsharristime of True North Fantasy Football and I will be here to guide you through my Touchdown Dance selections on a weekly basis throughout the season. I breakdown Sunday's games (Dancing With The Stars, Two To Tango, The Big Dance)Thursday Night Football (Thursday Samba) and Monday Night Football (Save the Last Dance). You can find my Week 16 Sunday preview here.

What better way to start your week than watching football and winning some cold, hard, cash by selecting three players that need to do a TD Dance? Sounds like the best way to shake away your case of the Mondays.

How the times have changed in the AFC East. The once mighty Patriots are playing for draft picks while the Bills have already secured an AFC East Division championship and are well on their way to a deep Super Bowl run.

One thing that will stay constant no matter where each team is in the standings is the heated rivalry. The Patriots will not go down without a fight, and I expect Bill Belichick to try his hardest to end the Bills season on a sour note. Belichick will try his hardest to key in on superstar quarterback Josh Allen and shut him down on Monday Night Football. The way Allen is playing, I don't think this is possible, and here's to Bill for making the effort. The Bills will be smart to preserve the health of Allen, and go to ground in this game, utilizing backs Devin Singletary and Zack Moss to take advantage of a depleted Patriots defense. The Pats allow an average of 133 rushing yards a game, and over their last eight games have allowed 14 rushing TDs.

I expect Zack Moss to pick up his dance party right where it left off against the Patriots in Week 8 where he scored twice. Moss saw his third highest red zone carries (5) last week and his second highest carry total on the season (13). The process has been right on Moss, and this matchup against the Patriots has him primed to do a dance or two.

When talking about firsts, it would be nice for Patriots wide receiver Jakobi Meyers to get his first touchdown on the season. Meyers holds the the curious title of being the wide receiver with the most receiving yards (616) without a touchdown in 2020. This actually stretches back to 2019, meaning that Meyers has went his entire career without a TD. Meyers will be matched up against Buffalo corner Taron Johnson, who has allowed Jamison Crowder, Cooper Kupp and JuJu Smith-Schuster all to show off their dance moves this season.

It'll be a Monday Night Football of firsts and potential firsts: for the Patriots, it will be the first time since 2008 that they haven't won the AFC East and made the playoffs. Ouch. Let's talk about some positive potential firsts for fantasy football and for TD Dancing. We want it to be the first time that Cole Beasley crests a 1000 yard season, and, for Jakobi Meyers sake, we hope he breaks his 21-game TD drought and scores his first NFL touchdown. Meyers will have multiple dance routines planned out in his head and what better place to unlock those moves than on the big stage of Monday Night Football? 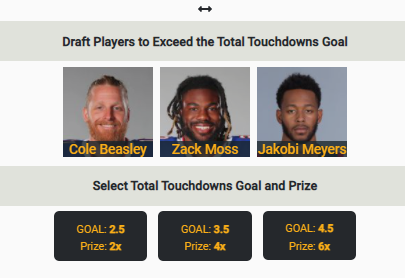 Need some more MKF picks for Monday? Check out Scott Cullen's top picks to play between the Bills and Patriots.